Commemorating the Battle of Atlantic, 6 May 2018

The Battle of Atlantic was the longest military engagement of the Second World War. During which, the RCN destroyed or shared in the destruction of 33 U-boats and 42 enemy surface craft. In turn, it suffered over 2,000 fatalities and lost 33 ships. The Canadian Merchant Navy lost 73 ships and suffered over 1,600 fatalities, and the RCAF lost more than 750 aircrew.

Each year Canada and its naval community commemorate those lost at sea, or in naval service. This year, Retired Vice-Admiral Denis Rouleau, Chair of Commissionaires Ottawa, laid a wreath on behalf of Commissionaires at the National War Memorial during the Battle of the Atlantic commemoration, yesterday. (pictured below). 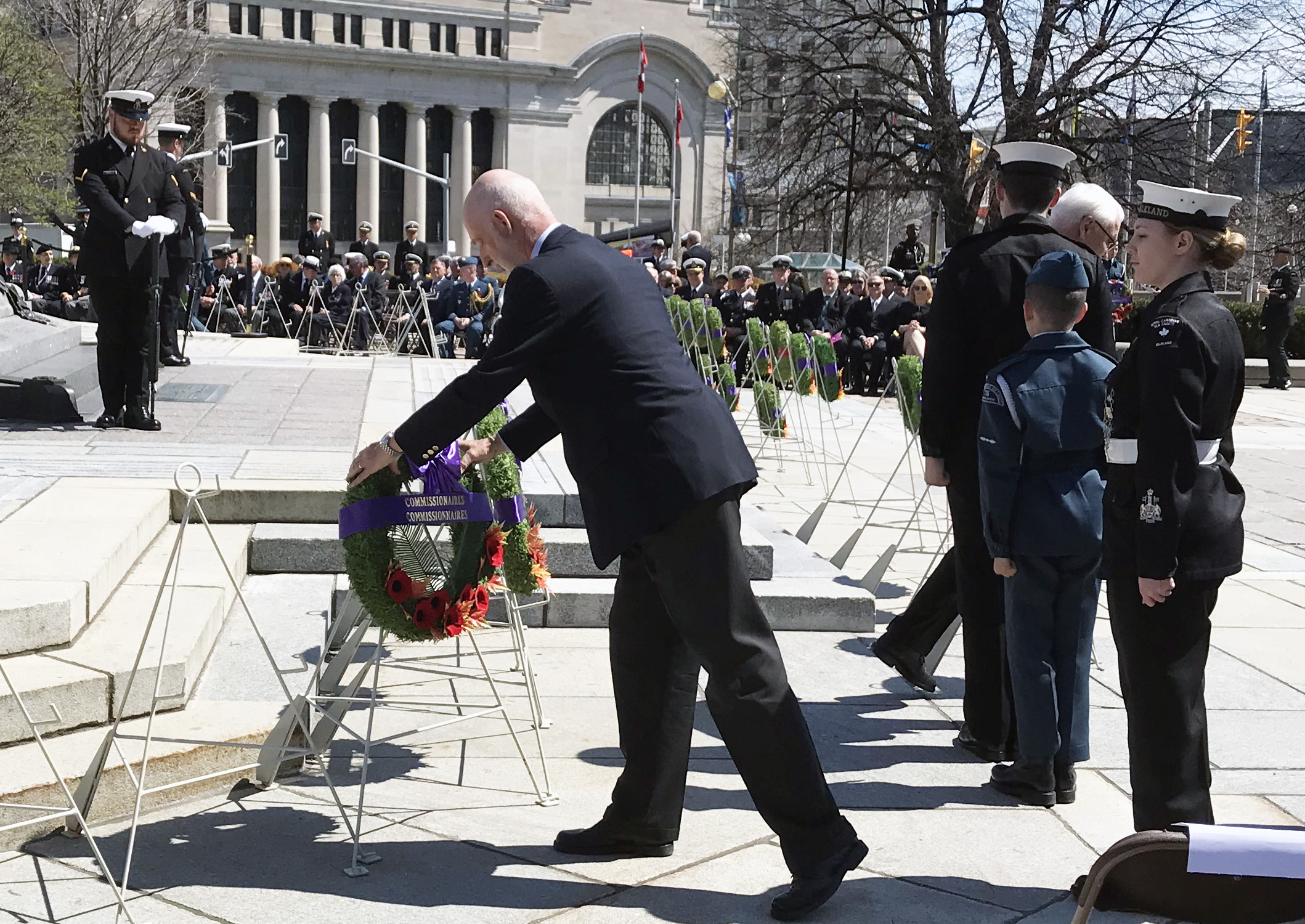