Commissionaires is more than a security company. A large number of commissionaires across the country volunteer their personal time to help improve their communities in one fashion or another.

The medals were presented by Toronto Mayor John Tory on behalf of His Excellency the Right Honourable David Johnston, Governor General of Canada, at a ceremony in Toronto City Hall on August 31, 2017. 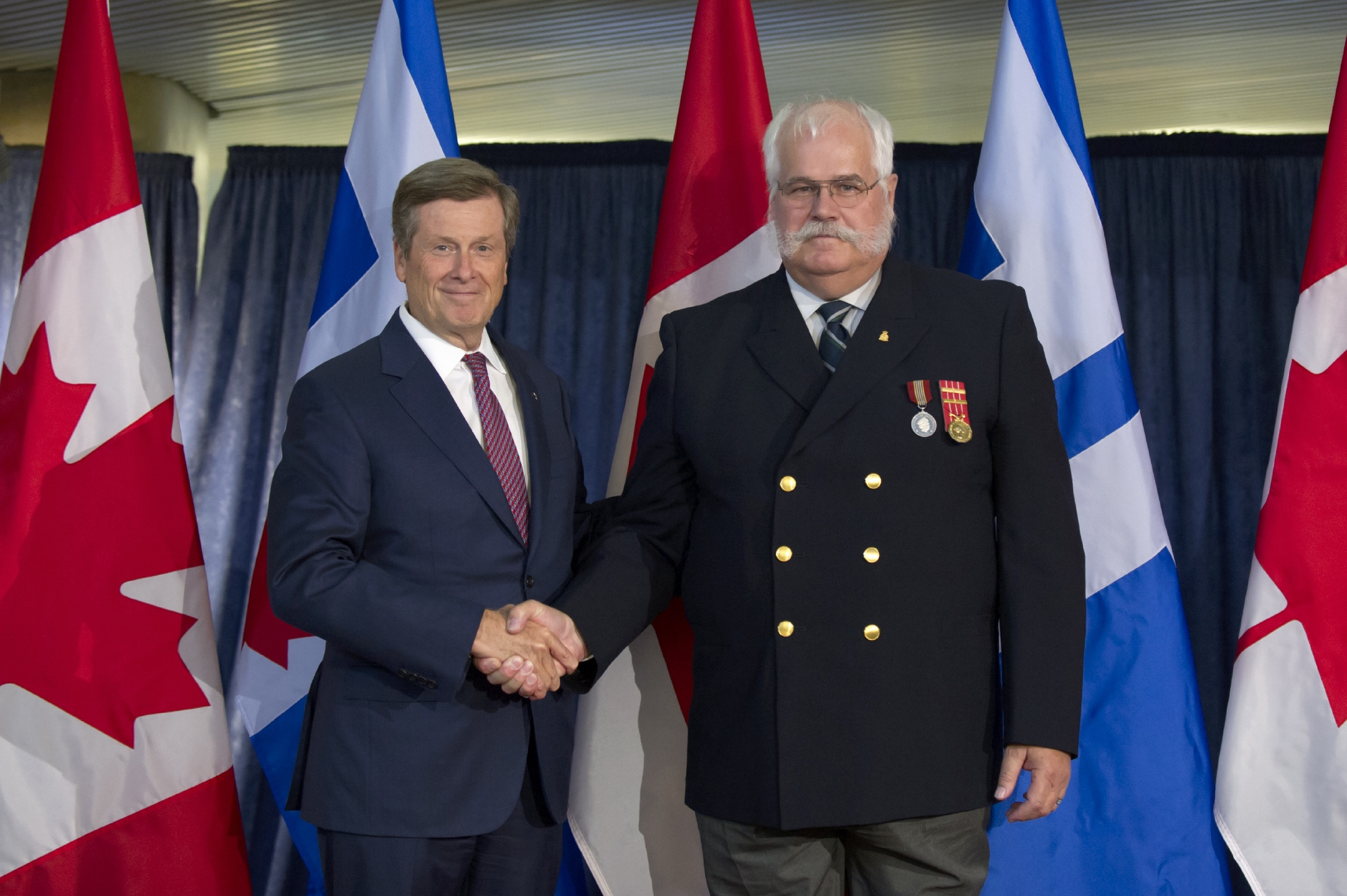 Since 2012, veteran Hal Buller has been volunteering with the Commissionaires Great Lakes Ceremonial Marching Unit. He participates in various events honouring veterans and helps raise public awareness of the Canadian Armed Forces. Hal also volunteers his time as a member of the 32 Signal Regiment Advisory Council. 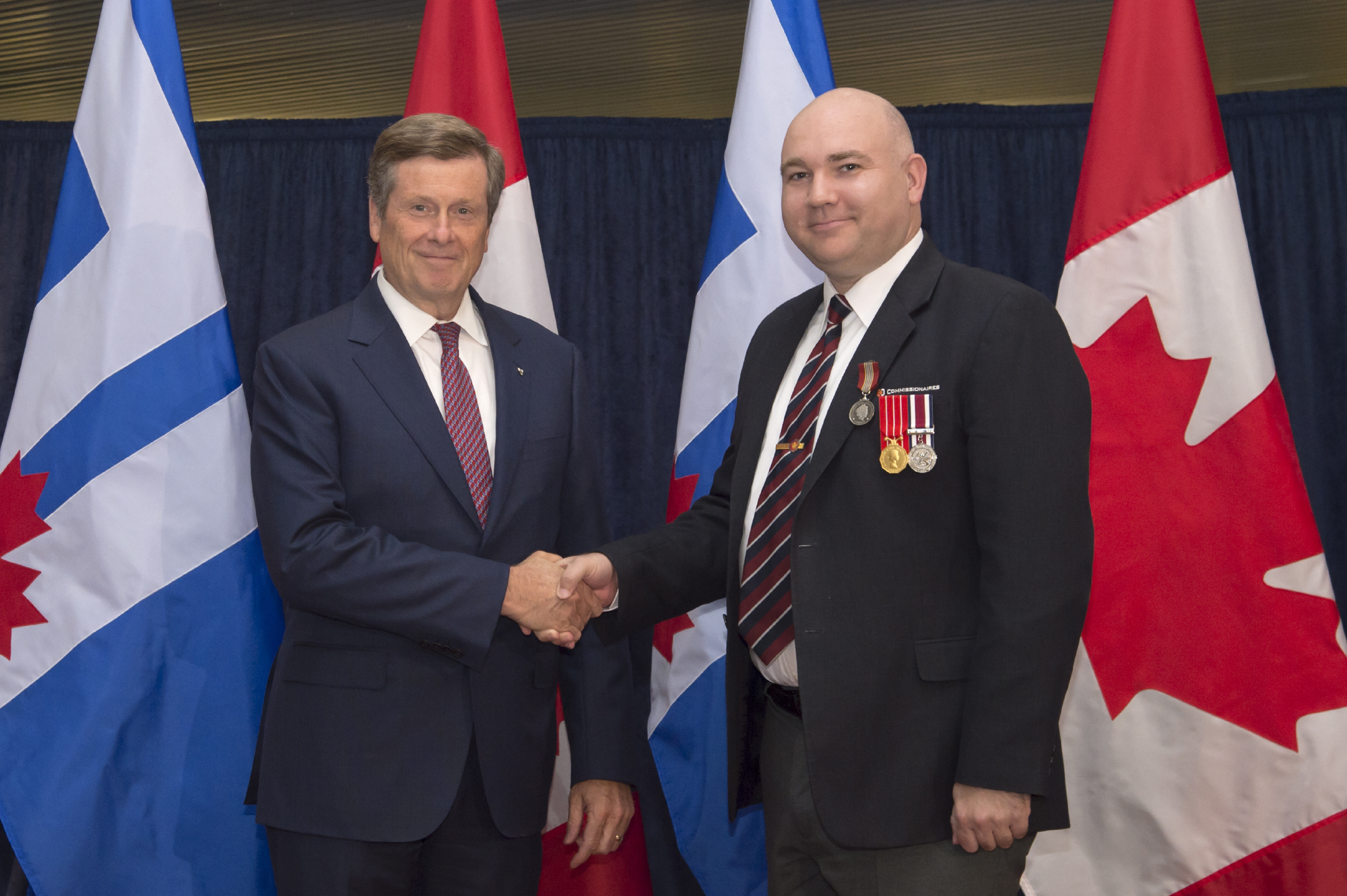 For over 20 years, veteran John Atkin has served as a group leader with the Duke of Edinburgh’s Award program, assisting hundreds of young people receive the award. Since 2011, John has been volunteering with the Commissionaires Great Lakes Ceremonial Marching Unit, and currently serves as the Chairman for the group. In 2016, John initiated a successful toy-drive for Syrian refugees living in Toronto. 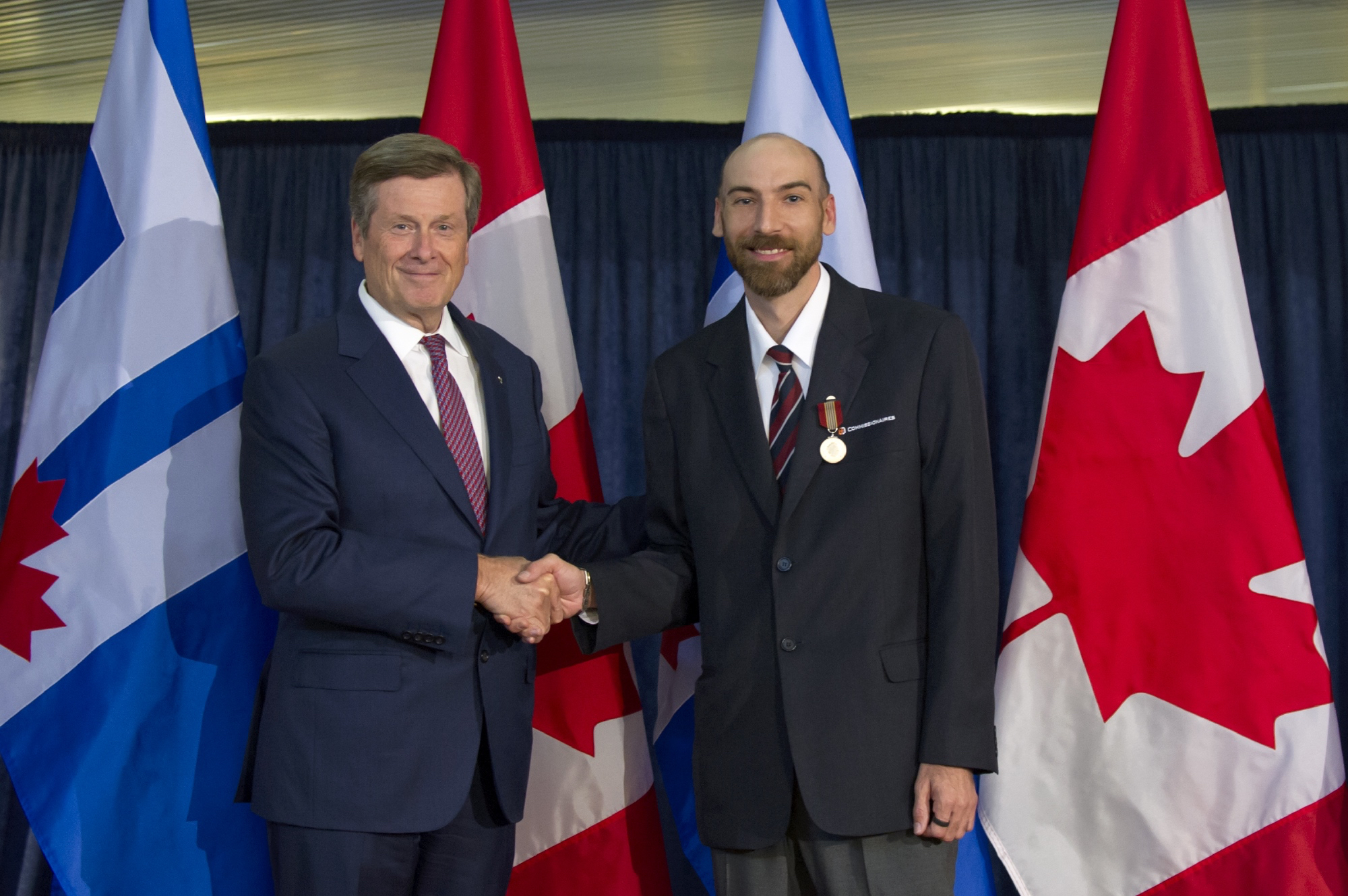 Stephen Atkin has volunteered with youth in several different capacities. His contributions include fundraising for sports equipment, coaching after-school sports, co-managing a toy-drive for Syrian refugees living in Toronto, and serving as a group leader with The Duke of Edinburgh’s Award program. As a local artist, Stephen has designed and donated jewellery to help raise funds for the Swedish Foundation for Children with Cancer.

Congratulations to each of you gentleman on a job well done, and the well-deserved recognition.