The second annual Soldier On golf tournament took place Thursday last week at the Fox Creek golf course in Dieppe, NB. Twenty teams—each including one participant of the Soldier On program—came together to enjoy a round of golf and beautiful weather. The real goal, though, was to raise funds to support this invaluable program that helps soldiers overcome their physical and mental health injuries through sport. Some of the ill and injured soldiers present will be competing as members of Team Canada at the Invictus Games Toronto 2017.

The sponsorships, combined with the silent and live auctions, raised $63,000. The goal had been $60,000. Premier auction items included VIP passes to the 2018 Canadian Open courtesy of the Professional Golf Assocation of Canada (CPGA), a flight on a Lancaster Bomber courtesy of the Canadian Warplane Heritage Museum, and a 2018 Hilton Head PGA Heritage Classic vacation package courtesy of the CPGA and a private donor.

One of the most memorable moments of the day took place during the high-energy live auction. An auction item was turned into an impromptu gift when a number of golfers combined to purchase a once-in-a-lifetime flight aboard a Lancaster bomber for a young, injured infantry soldier. The soldier's grandfather flew 29 missions as a tail gunner in a Lancaster bomber during the Second World War—the motivation for this young man to join the Canadian Armed Forces. 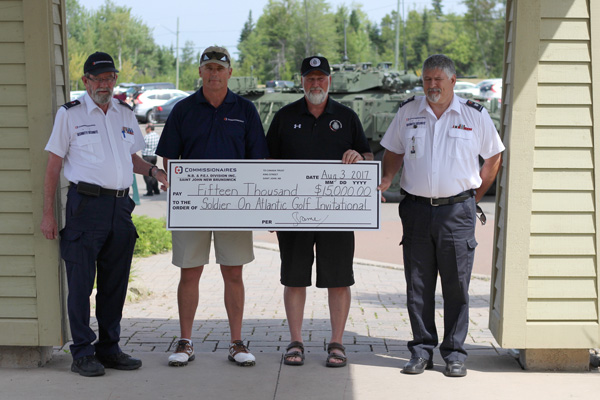 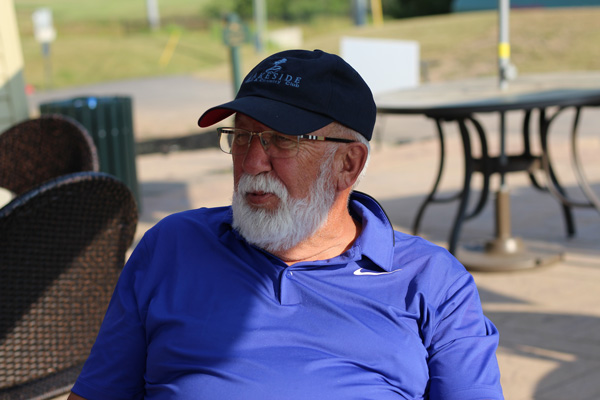 The bomber is one of the last two remaining "Lancs" in the world (7,377 were made, 430 in Canada). It will participate in a large-formation flight of vintage war aircraft over Toronto on September 1, 2017 as part of an event which honours the presentation of new colours to the Royal Canadian Air Force during Canada’s 150th year. 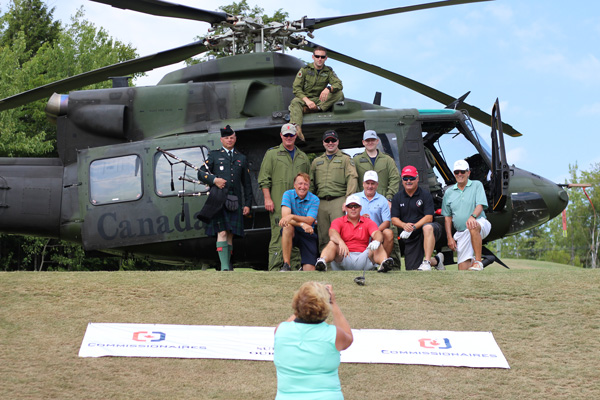 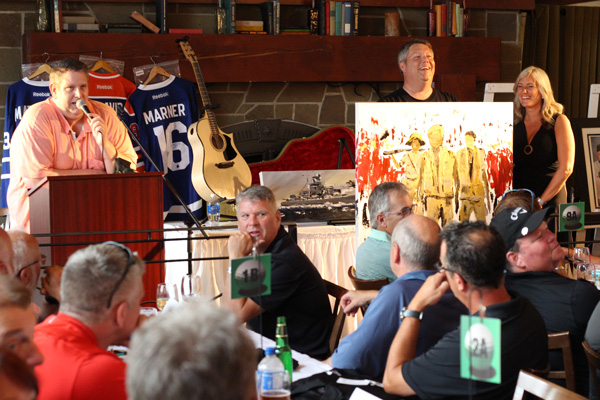 (Left) Griffon helicopter from Canadian Forces Base, Gagetown and its crew posing with a team and the piper.
(Right) Auctioneers with the artist, Ginette Melanson alongside one of four paintings she created during the tournament.

Other highlights of the event included a flyover by a C-140 marine patrol aircraft, a Griffon helicopter landing on the tee-block at the first hole, and a demonstration involving a Sea King helicopter which landed at the driving range. Both helicopters, two army vehicles, and two Moncton fire department vehicles remained on site for all to tour throughout the tournament.

Congratulations to all of the volunteer organizers who put together an amazing event. Next year’s golf tournament is tentatively scheduled to take place August 2, 2017 at Fox Creek Golf Course in Dieppe, NB.

(Feature Photo) The 423 Squadron lands a C124 Sea King Helicopter from CFB Canadian Forces Base, Sheerwater on the driving range.