It was a regular Friday shift for the commissionaires working at the Daniel J MacDonald (DJM) building, home of Veterans Affairs Canada (VAC) HQ in Charlottetown. That is, until the Deputy, Associate and Assistant Deputy Ministers of VAC, General (Ret’d) Walter Natynczyk, Lisa Campbell, and Elizabeth Stuart approached the Commissionaires desk.

Deputy Minister Natynczyk informed the commissionaires the VAC team was there "… to show our appreciation for the outstanding work that you do." He gathered the seven on duty commissionaires to personally present them with the VAC Challenge coin—a ruby and gold coin embossed with the words "Service, Compassion, Respect, For Excellence." 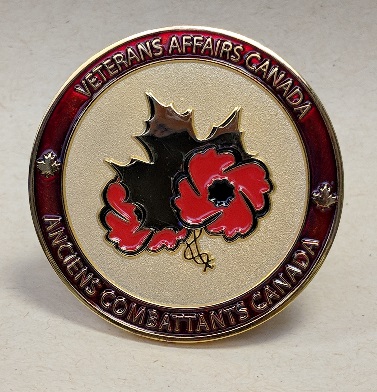 The Deputy Minister then took time to speak about the vital services provided by Commissionaires—specifically in the maintenance of employee safety and security, and providing friendly faces to greet the general public. He commended the team for their superior service, and remarked that members of VAC and the general public can always rely on commissionaires to go the extra mile to assist those in need of a hand. He also spoke to the character of each individual commissionaire, noting the team at DJM is comprised of veterans who have served their country and have a strong desire to continue providing service to others.

Each member was presented a coin in the traditional manner of a hearty handshake and personal words of appreciation from the Deputy Minister. Although the fanfare was shared by just a few, the Deputy Minister made it clear the commendation will be extended to the entire Commissionaires security team at the DJM.

Commissionaire Detail Supervisor Oren Harris was asked to say a few words. He took the opportunity to thank the Deputy Minister for this prestigious award, and added "It is an honour and a privilege for us to serve such wonderful people...people who do such great work for our veterans."

Congratulations to the entire team at DJM on the pleasant surprise and a well-deserved commendation. 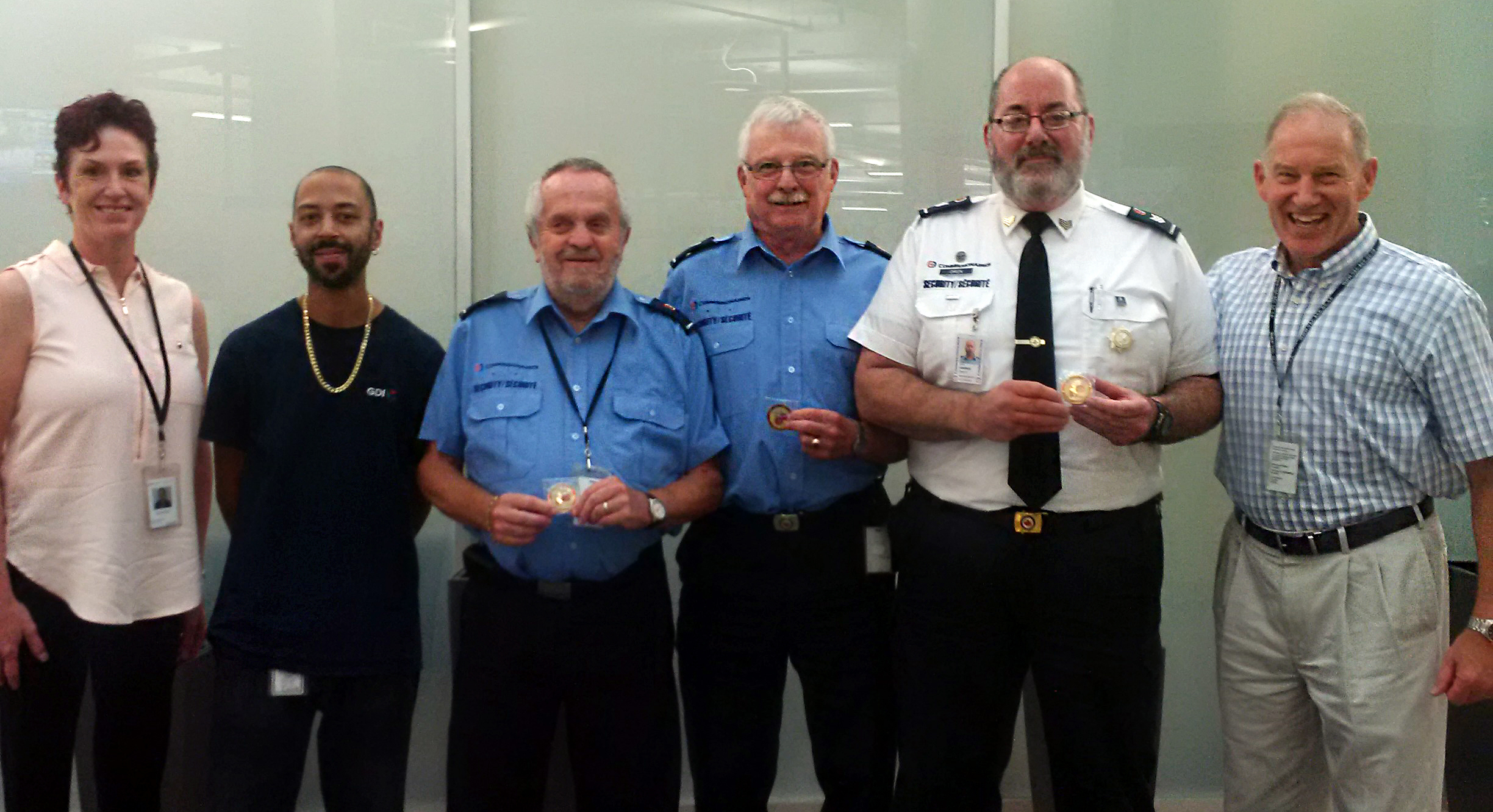