The Royal Canadian Humane Association, Canada’s Bravery Awards Association, has awarded Rodney McAlpine of Great Lakes Division with the Bronze Medal for Bravery. The medal is to be awarded to Rodney for performing an act of bravery in hazardous circumstances, detailed below.

In May of 2014, Rodney was on site at the Toronto correctional facility when a stabbing incident occurred between two men. He was the first on the scene, and was able to take charge and stabilize the situation. He asked a fellow security staff member to contact emergency services for police and ambulance response. Police arrested the suspect without further incident and the victim was taken to hospital with serious multiple stab wounds. “Once we had control of that scene, I had control of the building and the area. My partner had called 911,” said Rodney. “It seemed like an eternity, but it was four minutes. They came directly to where I was and I immediately handed over the scene.”

Rodney credits his training and background for the way he handled the situation. He was formerly a 911 dispatcher and also served briefly as a member of the Canadian Forces.

Congratulations to Rodney McAlpine on this well-deserved recognition. 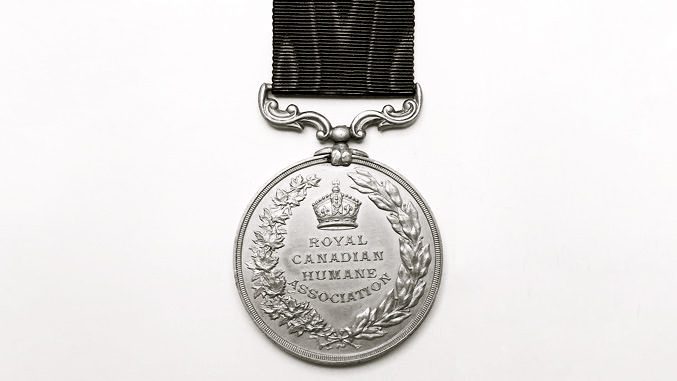 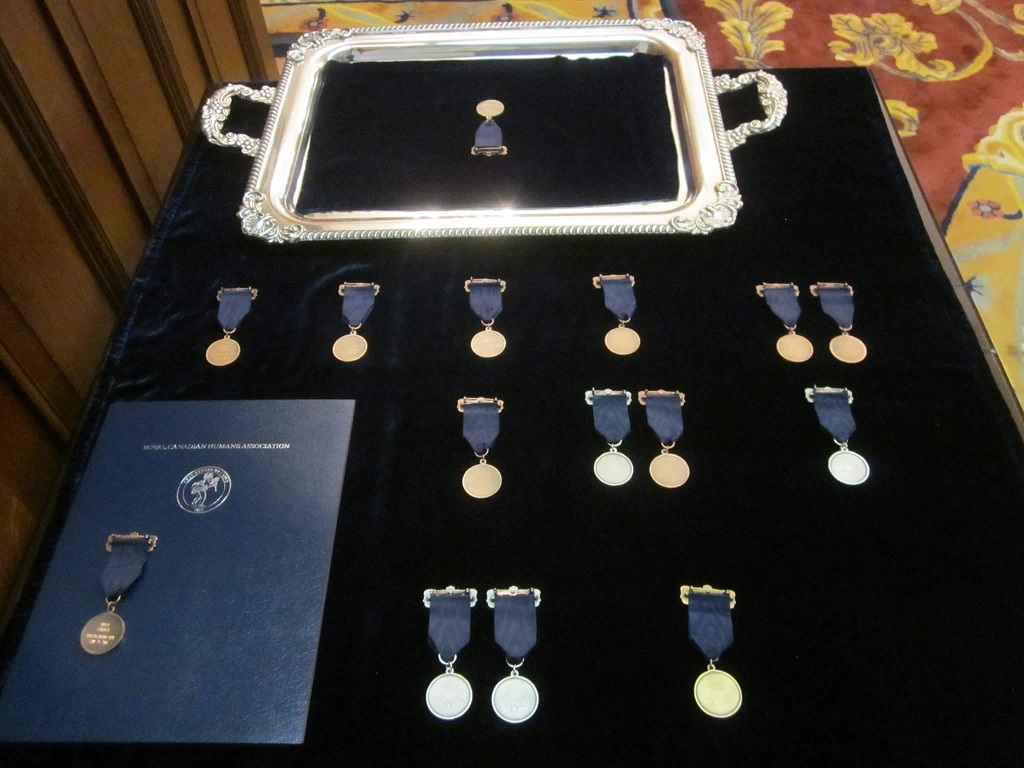 (Left) The Royal Canadian Humane Association's Bronze Medal for Bravery
(Right) All medals given out at the February 5, 2018 ceremony
(Below) All of the award winners with their medals at the February 5, ceremony presided by The Honourable Elizabeth Dowdeswell.
Rodney is in the back row, second in on the left. 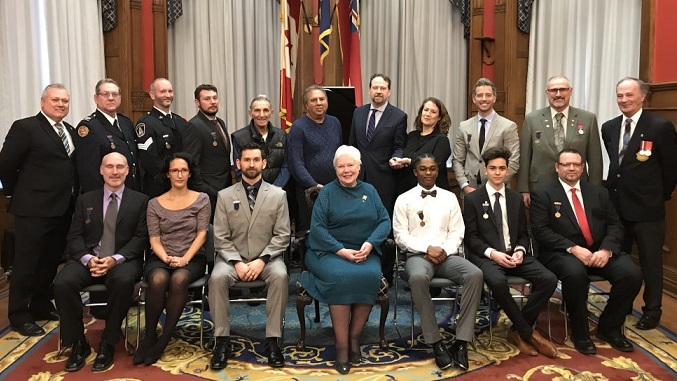