Shining a Spotlight on the Women of Commissionaires

October is Women’s History Month in Canada. According to the federal government, it’s a time to "celebrate the women and girls from our past, and our present, who are contributing to a better, more inclusive Canada." October was designated Women’s History Month by the Government in 1992, "marking the beginning of an annual month-long celebration of the outstanding achievements of women and girls throughout Canada’s history."

The theme for 2020 is #BecauseOfYou, which seeks to "celebrate women and girls in Canada who have made, and continue to make, a lasting impact on our country".

From even before the very first female officers who served as nurses with the Canadian Army Medical Corps during the First World War, through women’s suffrage to 1941, more than 20 years later, when women's divisions were established in the Army Corps and the Royal Canadian Navy—a time when 45,000 women both volunteered and were recruited for full-time military service other than nursing—and beyond, women have worked hard to create a more equal world where opportunities are available to everyone. 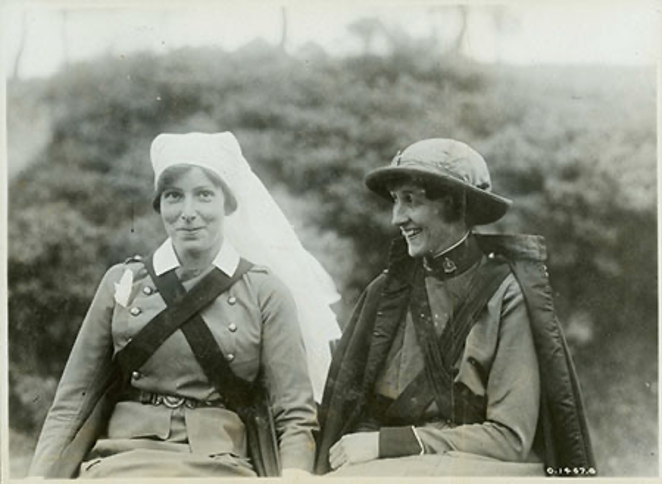 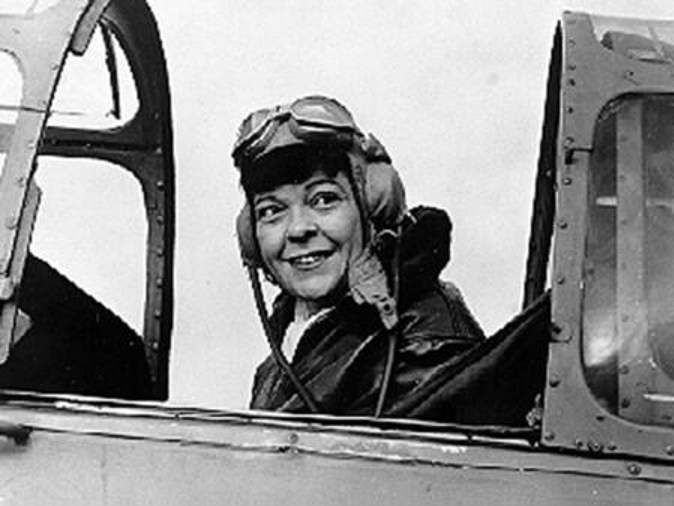 Caption: Marion Alice Orr served with the Air Transport Auxiliary during the Second World War and was awarded the Order of Canada in 1986.

Today, we shine a spotlight on some of the many women working at Commissionaires, from coast to coast, whose contributions have made a lasting impact where they live and work every day.

Audrey Gertrude Morton made history when she became the first female member of Commissionaires—a defining moment—on June 30, 1972. Mrs. Morton joined the Corps after completing 12 years of military service. Today we employ more than 5,000 women across the country. 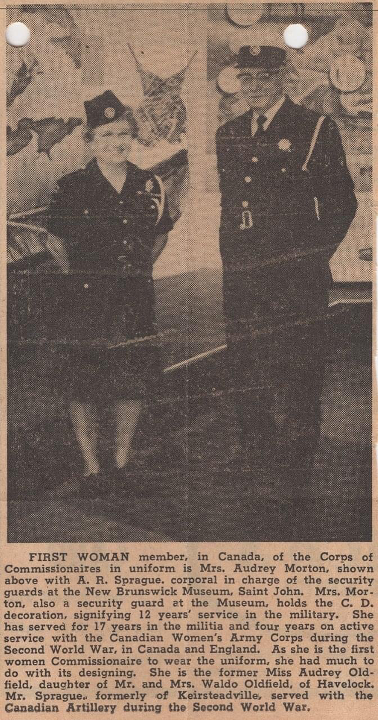 Susan Pritchard, from our Southern Alberta Division hawas on October 13 as one of the first nominees for Canadian Security Lifesaver Association’s Unwavering Heroism award. 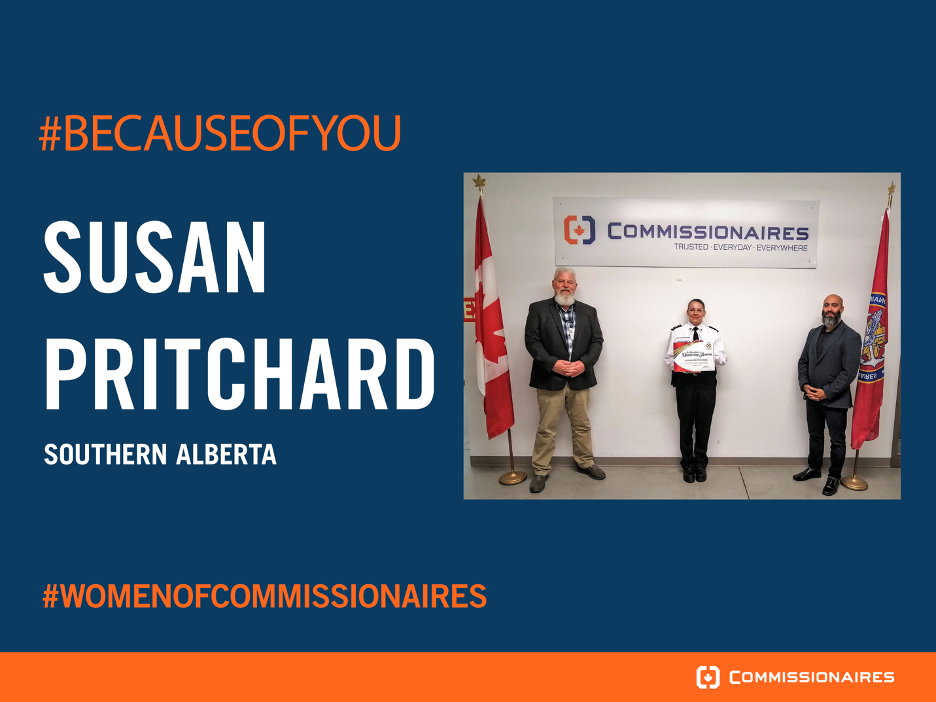 Michele works with our Great Lakes Division. Her colleagues know her as a great team player with good decorum. 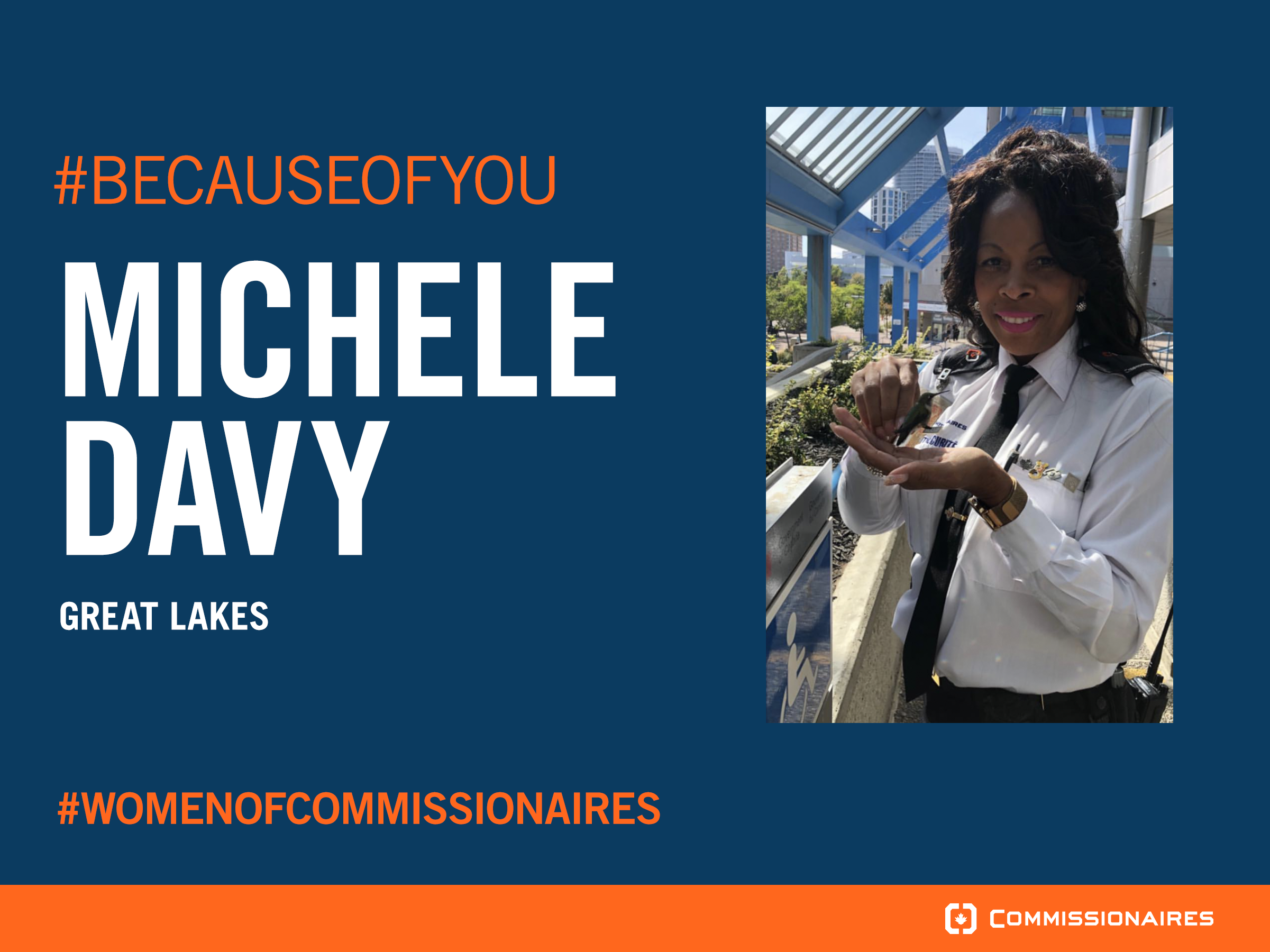 Karen was recently presented with her 5-year pin and certificate. Her many roles in the Saskatoon Head Office include licensing, ID services and Quartermaster. 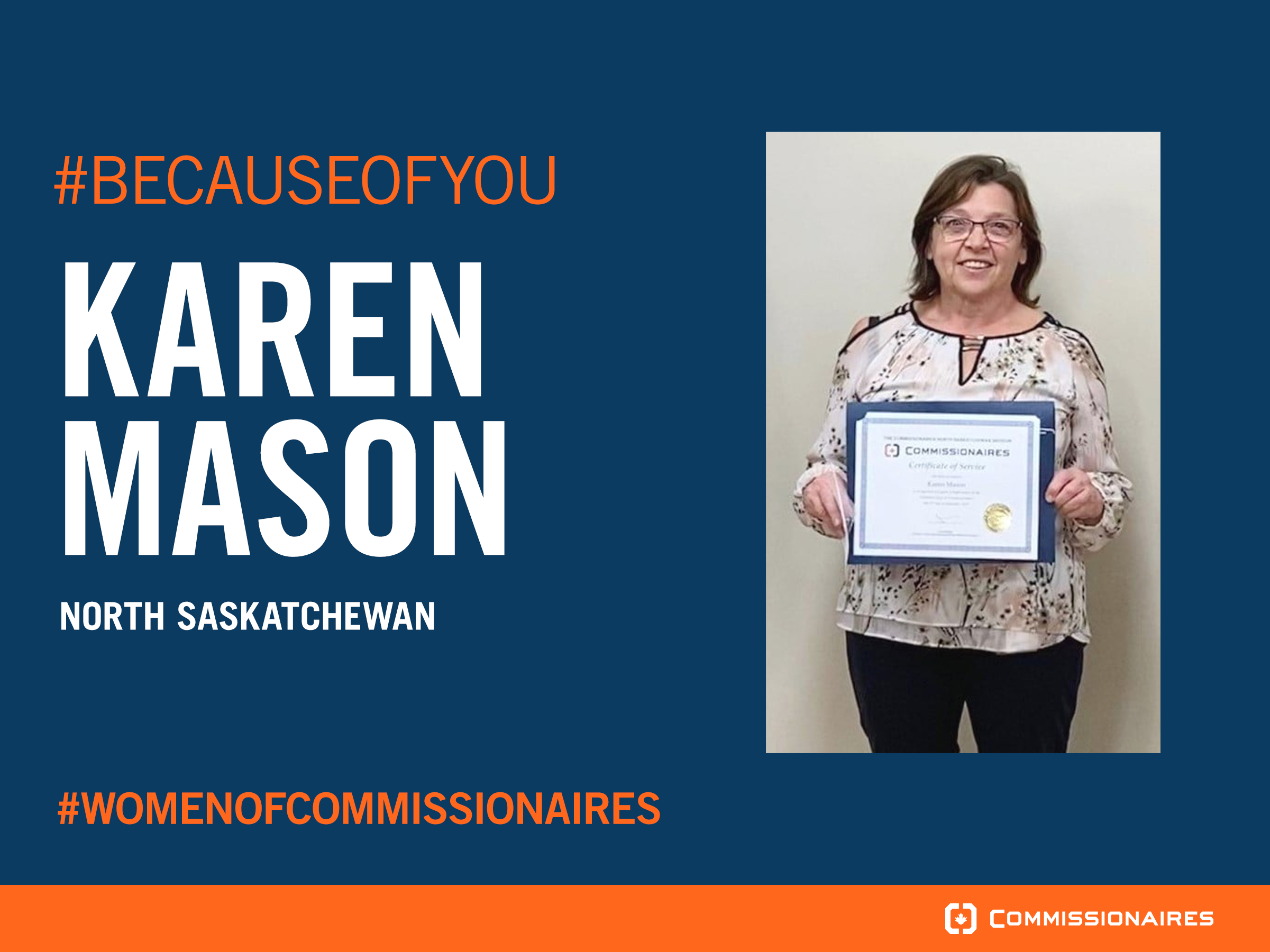 Colleen has been with our Nova Scotia Division for 12 years, the threshold to receive the Commissionaires Long Service Medal (CLSM). The CLSM shows our employees that we value their lasting impact on the Corps. 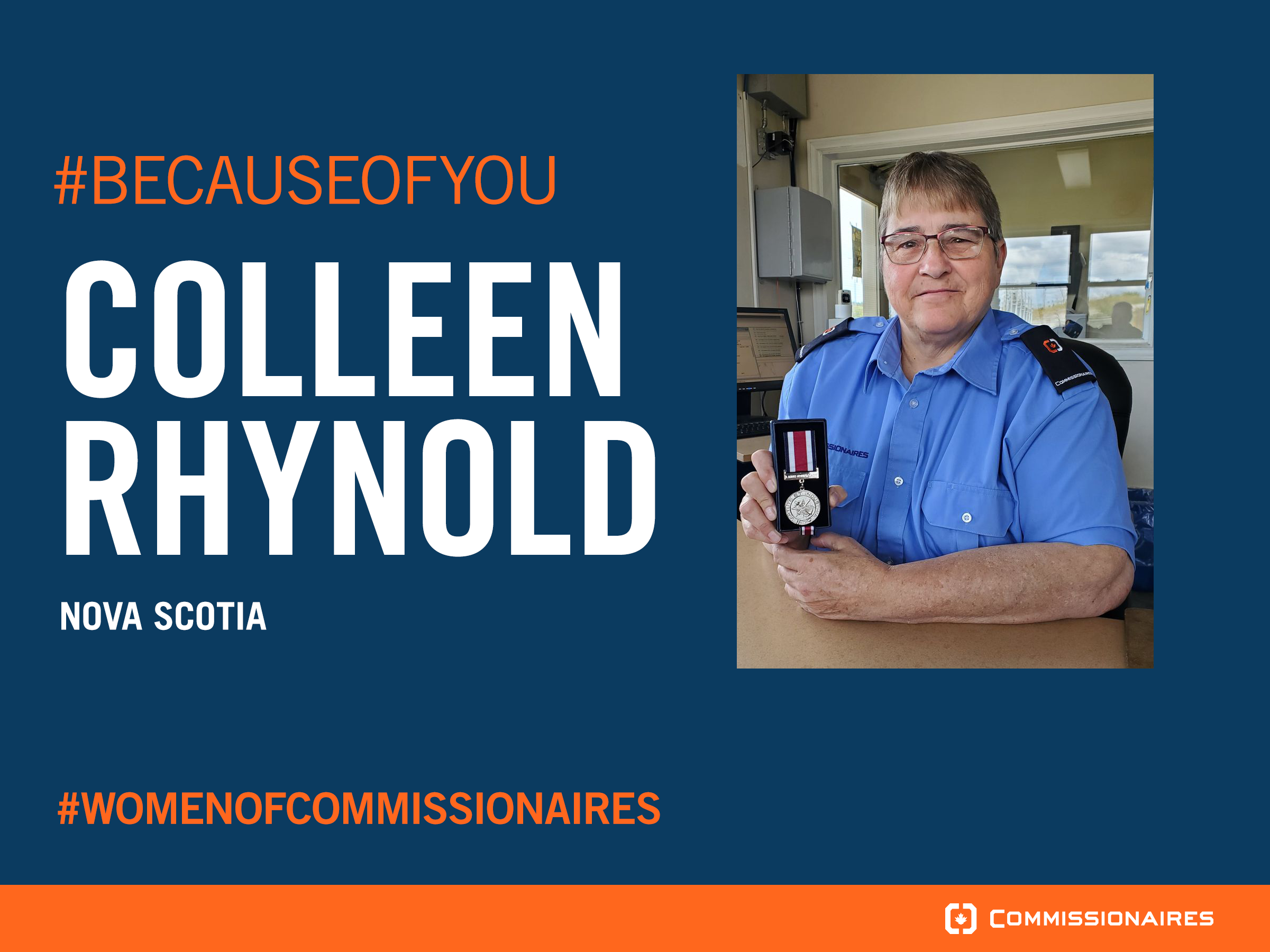 Maryellen celebrated 17 years with the Corps this summer. She has proven herself to be a great leader in her role as Supervisor at the Cameco corporate office. 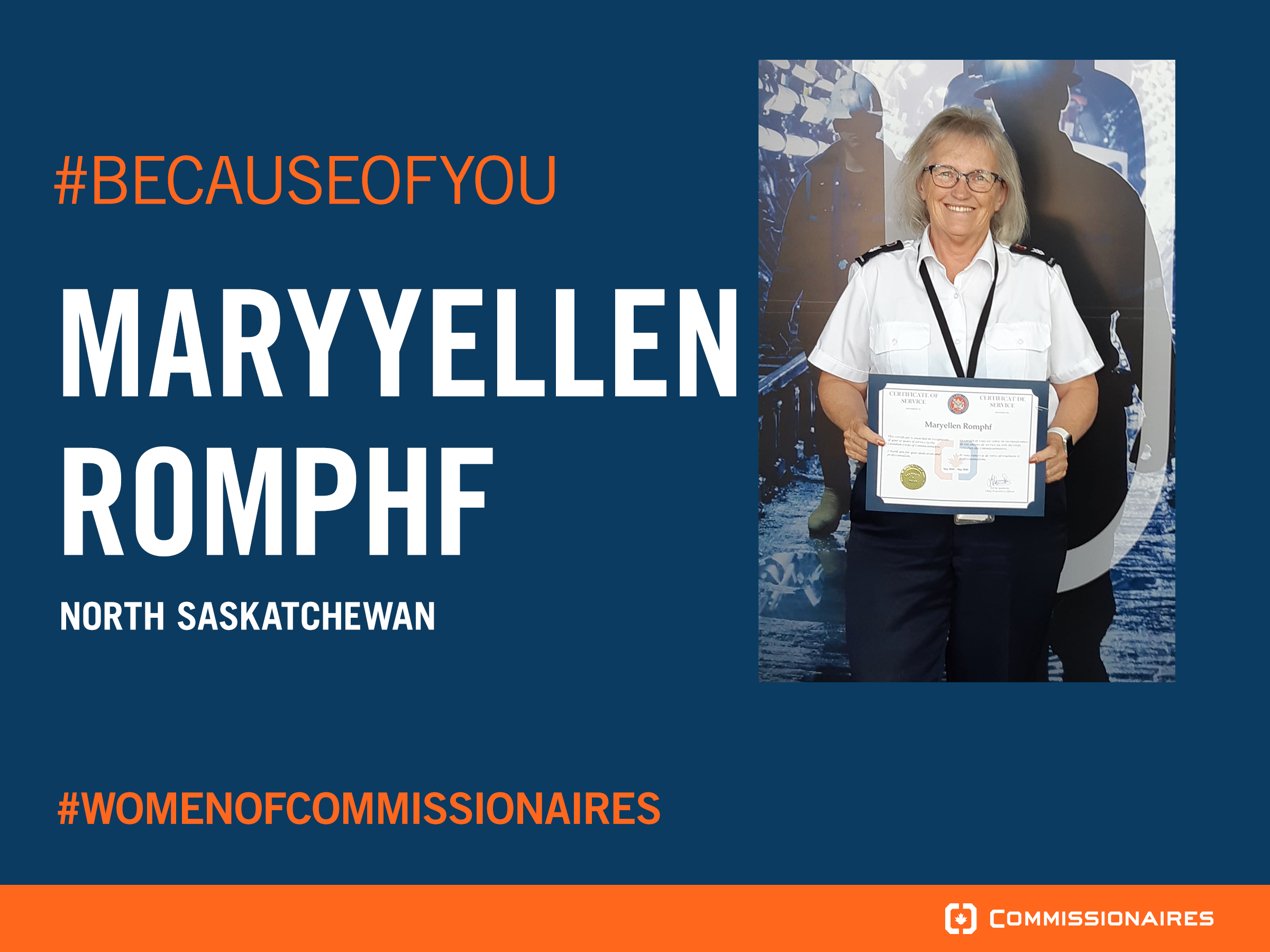 Adele Chaisson from our NB & PEI Division was recently presented with the Commissionaires Distinguished Service Medal (CDSM) in recognition of her exemplary service, outstanding leadership, and organizational skills. 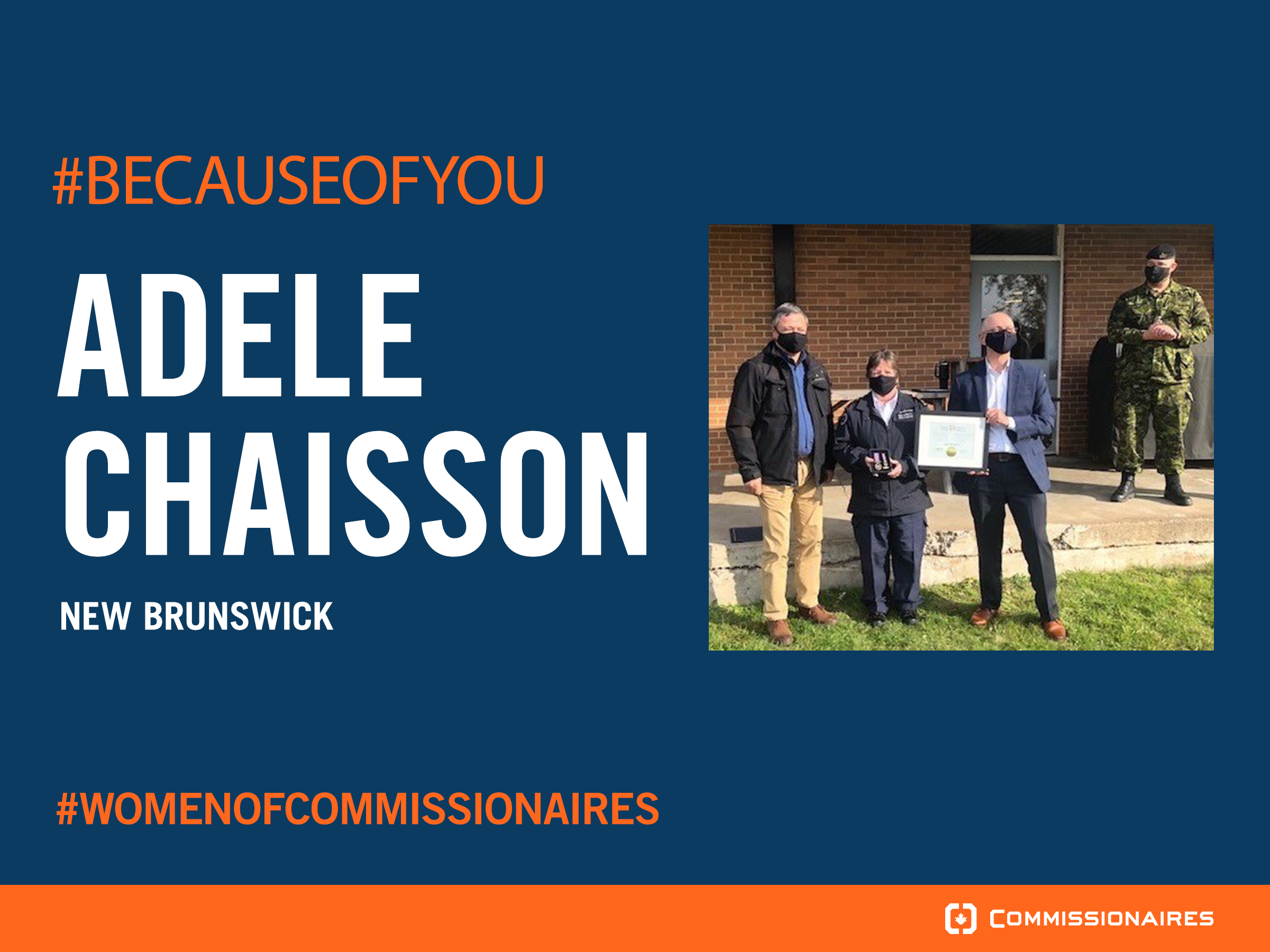 Tara Leskie was on her way to her shift when she witnessed a traffic accident. She immediately responded with skills learned through her training, and took control of the situation. Tara examined the injured person, completed a scene survey and managed traffic until emergency personnel arrived. 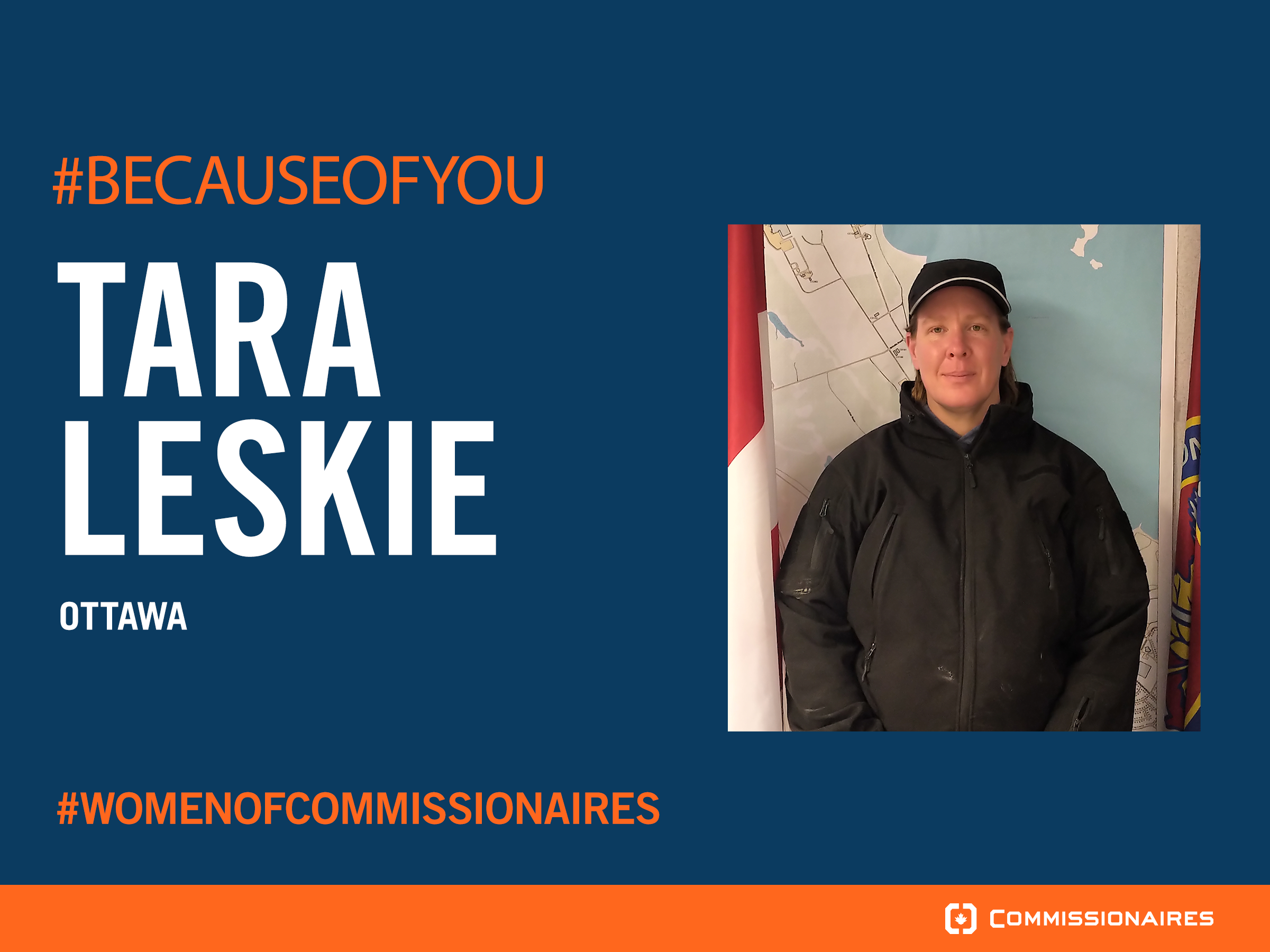 Thank you to all of the incredible women of Commissionaires for your contributions, dedication, commitment, and hard work. It is truly because of you that we make a difference.

Visit the Government of Canada's website for the timeline of significant events in Canadian women's history.

*Note: Header image is Eileen Duke who worked for Commissionaires in the 80s.