Soldier On raises more than $55,000 for ill and injured veterans, thanks in part to support from Commissionaires

Green was the colour of the day at the Soldier On Atlantic Golf Invitational at Royal Oaks Golf Club in Moncton, NB on July 29. Dozens of soldiers were dressed in camouflage greens, while the grass lit up the 18-hole course in vibrant hues. Of greatest importance, however, is all the green Soldier On walked away with at the end of its fifth annual fundraising golf tournament. 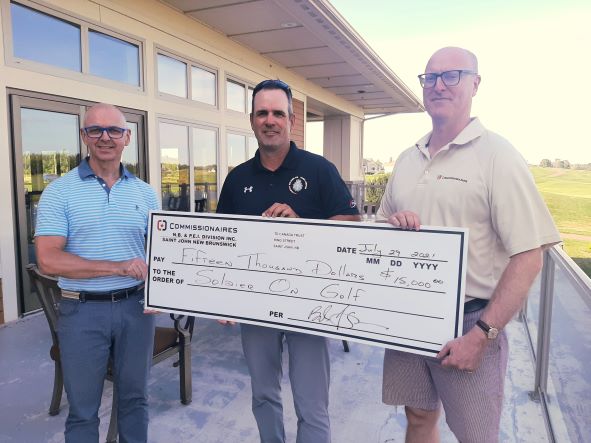 More than $55,000 was raised at the Soldier On Atlantic Golf Invitational, which this year saw 19 teams of business leaders, military officers and injured veterans play together. Proceeds from the event benefit Soldier On, a Canadian Armed Forces (CAF) program that helps serving members and veterans overcome physical and mental health injuries through physical activity and sport.

Commissionaires is a big supporter of the initiative, seeing as more than half of its employees in Atlantic Canada are veterans of the CAF or RCMP. The not-for-profit security provider gave $15,000 and co-sponsored the golf tournament alongside Royal Oaks, Medavie Blue Cross and Resurgo Insurance.

“This is a really special event for us given our military connection,” said Jake Bell, Chair of the Board of Governors for Commissionaires New Brunswick-PEI Division.

“It’s a great opportunity to show our support for wounded soldiers and spend a day alongside them as teammates.”

Soldier On uses the money raised through the golf tournament to offer programs and grants. The programs aim to rehabilitate wounded soldiers, while the grants allow them to purchase sporting or recreational equipment to help with their mental and physical recovery.

This re-introduction to an active lifestyle provides ill and injured members with opportunities to develop new skills, build confidence and meet peers. Many of them credit the Soldier On program with helping them adapt to a new normal, realize their full potential and “soldier on”.

“They realize they still have it in them regardless of their injury,” said Shannon Nowell, regional coordinator for Soldier On in New Brunswick and Prince Edward Island.

“They figure out they can adapt and overcome and still be active in maybe not the same activities that they were in the past, but new ones.”

Nowell says the golf tournament is about connection, with members of the civilian community coming together to support wounded soldiers. It’s also a great opportunity for currently serving CAF members to relate with veteran soldiers. 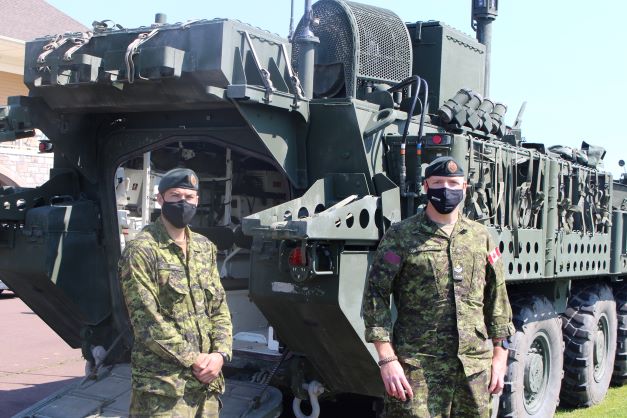 Such was the case for Cpl. Bartlett, a combat engineer with 4 Engineer Support Regiment, CFB Gagetown. He began his military career roughly three years ago and used the golf tournament to gain insights from his higher-ranking and retired peers.

“Some of these people that have been injured on the job, it is a traumatic experience and, mentally, that may stick with you,” said Cpl. Bartlett.

“Doing sport is a great way to get back to feeling like you have support – you’re there working with people and you’re doing something together.”

A total of 95 people, including 19 injured veterans, competed in the Soldier On Atlantic Golf Invitational. The event also featured a display of armoured vehicles and military equipment.

A Canadian Armed Forces helicopter did several low passes around the golf club, and an artillery gun was fired to kick off the tournament.

Thanks to all of the sponsors, event contributors and participants for a wonderful day on the green. 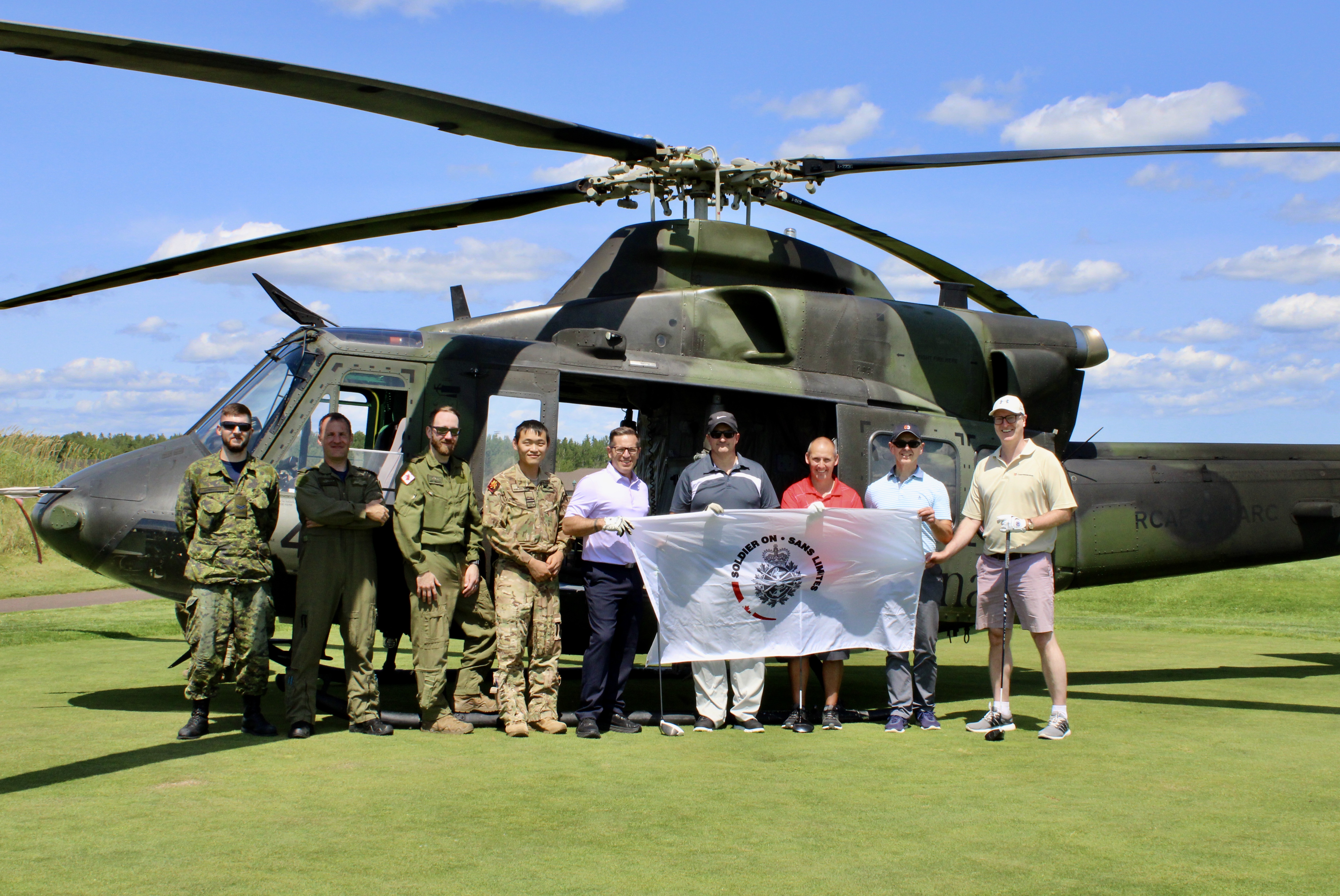