A special day for those who serve

The weather was perfect for the RBC Canadian Open this past Saturday. Thousands of people gathered at the Glen Abbey golf course in Oakville, Ontario to watch Bubba Watson, Ernie Ellis, and other pros including Canadians Graham DeLaet and Mackenzie Hughes compete for the title.

Among the crowd were 300 people sporting white "Canadian Armed Forces Day" t-shirts and military passes. Serving and veteran members of Canada's Armed Forces, and their families, enjoyed upgraded access to the tournament as Commissionaires hosted CAF Day, part of our ongoing commitment to—and recognition of—those who serve our country.

Some participants travelled a long way to be part of the event, making the trek from Kingston, Ottawa, Valcartier, Gagetown, Bedford and even Wainwright. Some families were represented by generations of members, all of whom have served in the military. Others were accompanied by parents and children who seemed as happy to be alongside them for a fun day of golf as they were beaming with pride that the contributions they and their loved ones make are appreciated.

In a way, we always do. Look for Commissionaires on the Links in Dieppe, New Brunswick this week for the Soldier On golf tournament. We're also hosting CAF Day at the Rogers Cup in August. In September we're participating in the Army Run, as well as providing security and sponsoring the Invictus Games 2017 Toronto. And, there could always be another RBC Canadian Open in our future. 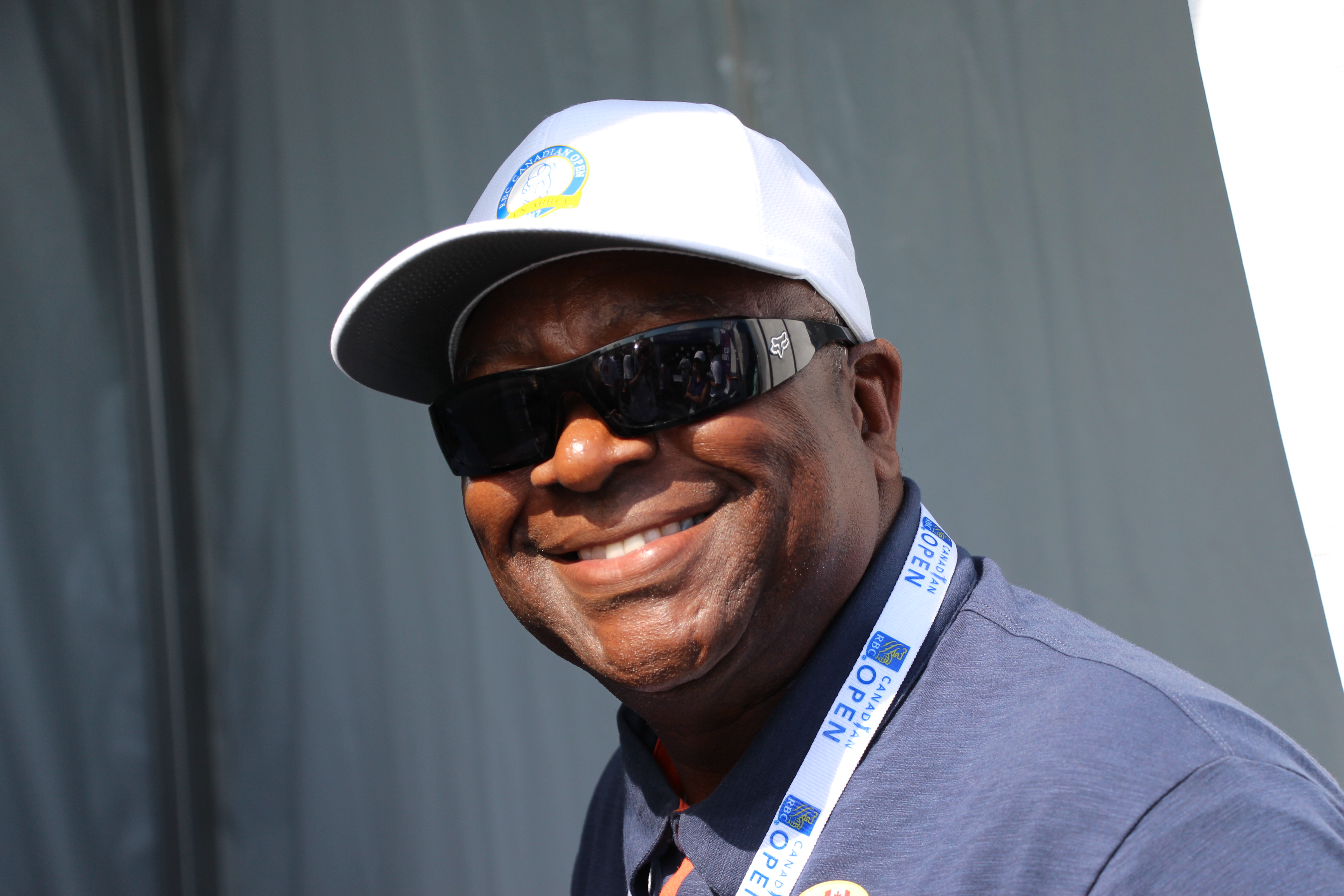 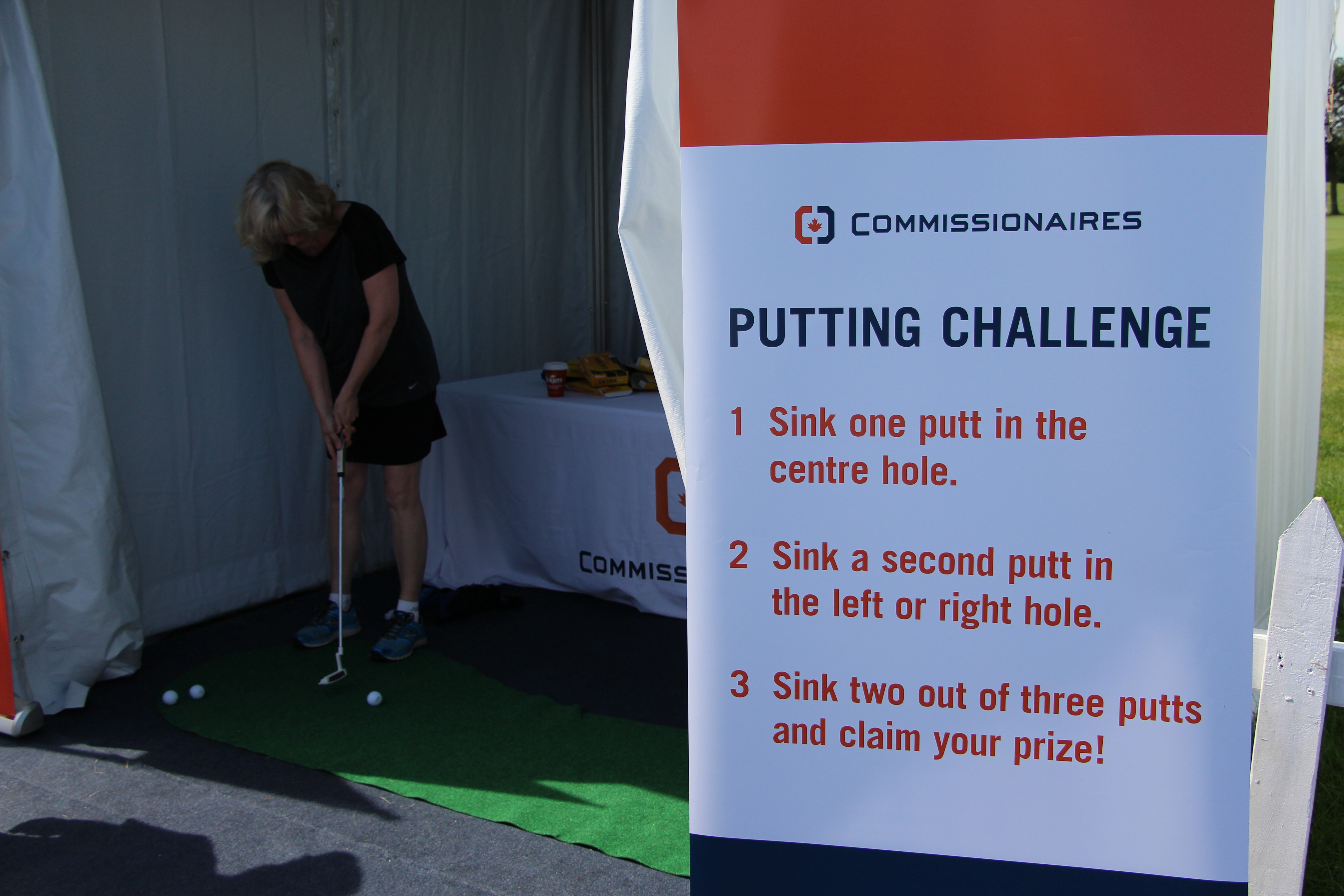 The Commissionaires Putting Challenge was one of the busiest tents throughout the day! 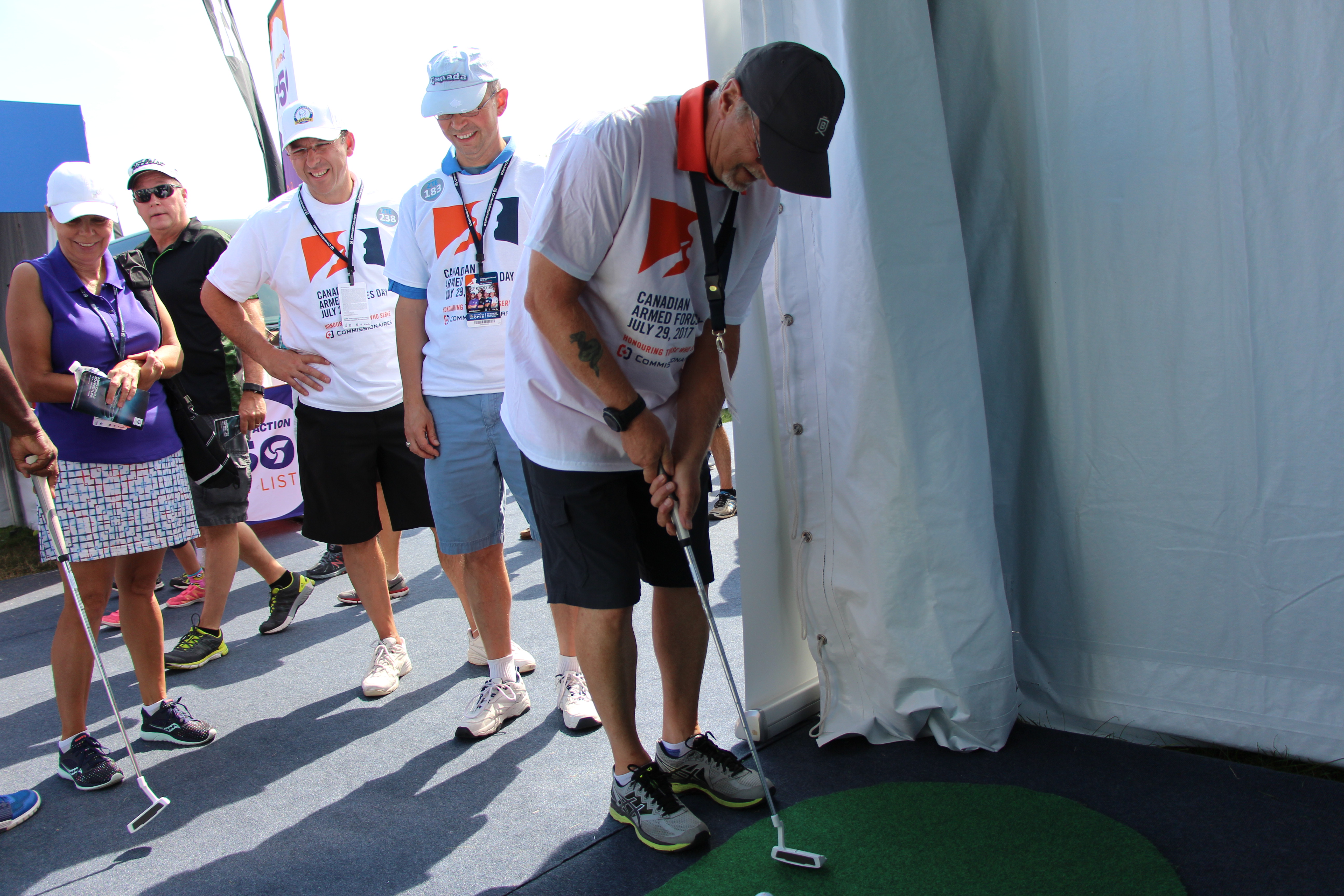 The beginning of what we can confidently assume was a tremendous hole-in-one.