Steering toward an Eco-friendly Future 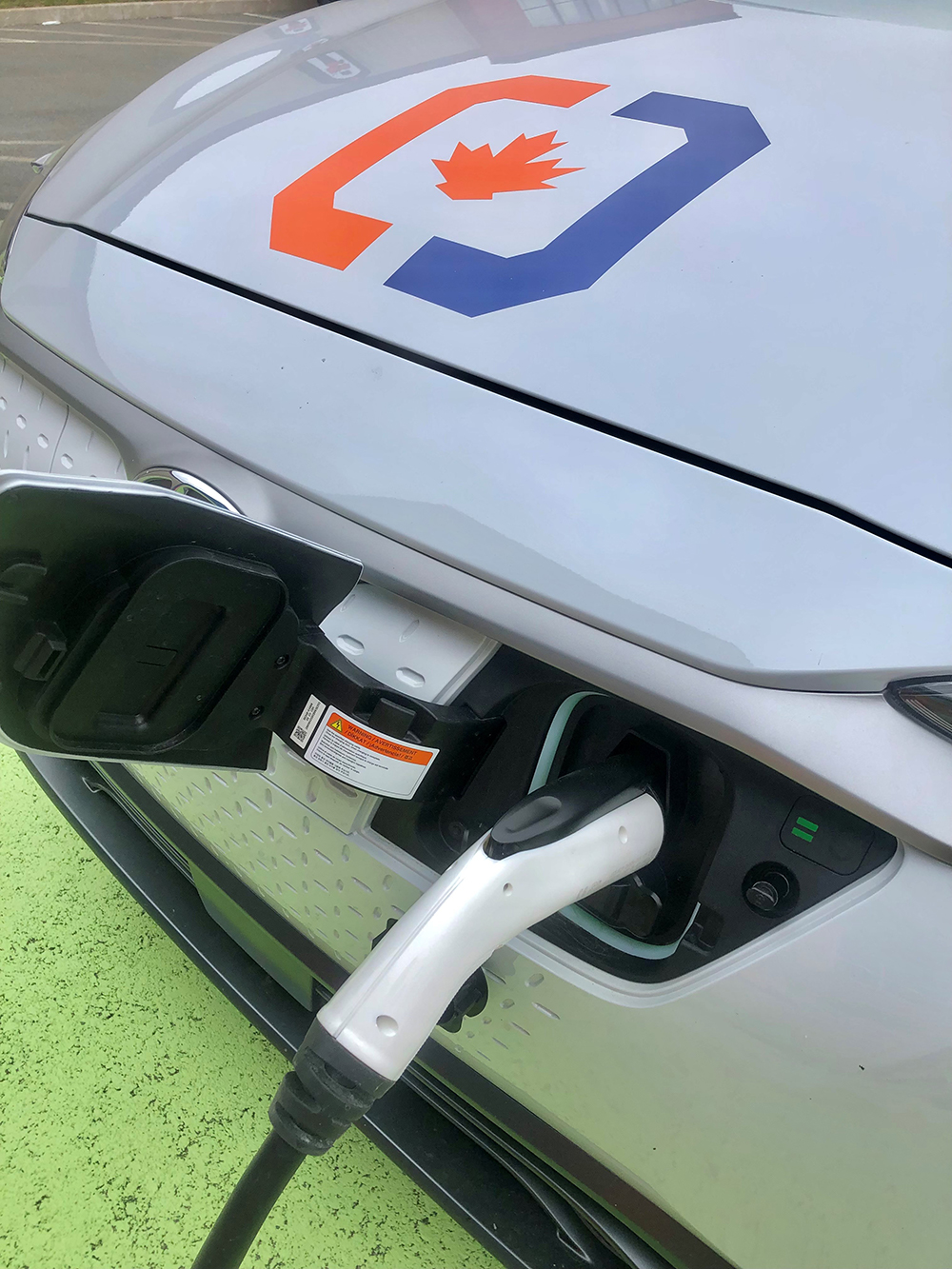 On average, 400km are clocked each day – the team does a lot of driving! So far, a $3.50 energy charge equals an 8 hour mobile night shift.

“We have a strategic objective to achieve carbon neutrality by reducing our carbon footprint year-over-year,” says Geoff Hamilton, CEO, Commissionaires Nova Scotia. “The purchase of our first all-electric vehicle is one of many programs we are launching to lower emissions and help protect the environment.” As the current vehicle fleet is lifecycled, it will be replaced with only hybrid or electric vehicles. 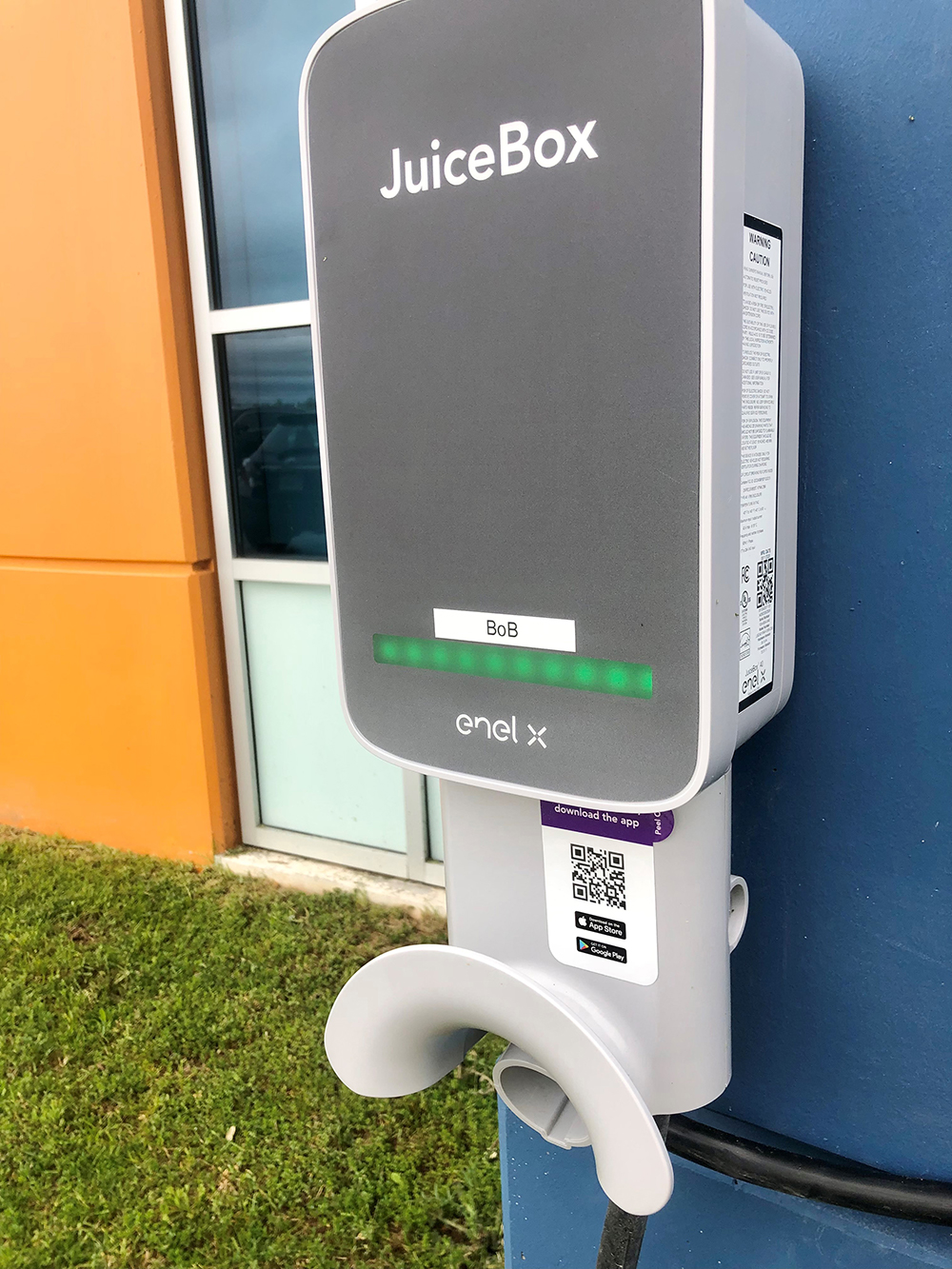 With the latest environmentally friendly vehicle, Commissionaires also installed two new Enel X charging stations at the front of the Commissionaires Head Office in Bedford Commons. For amusement, the EV chargers have been named Bob and Doug in homage to Bob and Doug McKenzie. These two characters host the iconic Canadian sketch comedy show “Great White North.” While Bob and Doug McKenzie, portrayed by Rick Moranis and Dave Thomas, celebrate Canada with over-the-top stereotypes and good-natured comedy. Bob and Doug’s - the EV chargers - role is to help protect the Canadian environment by charging electric vehicles owned by the company and its employees.

“These are Level 2 chargers, which is the preferred level for locations like work and home where your electric vehicle will be parked for 2-8 hours,” explained Stacey Daley of Newman Electric. Newman Electric installed the two EV chargers earlier in May.

Commissionaires’ commitment to replace its entire fleet with electric or hybrid vehicles has the Fleet Manager, Rob Carter, wondering if the company will have to create a campaign to name future chargers!

“We encourage any commissionaires who may have electric vehicles (or plug-in electrics) to take advantage of our charging stations while they are here visiting,” explained Rob. “As you can imagine, the purchase and use of hybrid and electric vehicles is a win-win for us. Reducing fuel consumption, saving operating expenses, and perhaps even influencing other security companies to follow our lead.”

Commissionaires Nova Scotia would like to thank both Steele Hyundai and Newman Electric for their excellent work in setting them up for success, especially since most of the communication was done via phone during this pandemic.