The Walk of the World

More than 40,000 civilians, Armed Forces members and cadets from almost 60 countries will meet in Nijmegen, the oldest city in the Netherlands, on July 16th to participate in the 103rd International Four Days Marches Nijmegen. Once a training program for Dutch troops years before the First World War began, the Nijmegen March, as some people call it, is now considered to be the world’s largest walking event. It offers a true challenge of physical and mental endurance for those who volunteer to participate.

Canadians, the Canadian Armed Forces (CAF) in particular, continue an annual tradition of participating in the Nijmegen March in order to remember and honour the sacrifices of Canadian soldiers in Europe; particularly, the 7,600 Canadians that died during the nine-month campaign to liberate the Netherlands in 1944-1945. This year marks the 67th year of CAF participation in the Nijmegen March and signifies yet another opportunity to strengthen and renew the bond  between the two nations and the people who represent them.

Among the Canadians participating this year is Sylvain Duchesne, a current member of Commissionaires, and a veteran of the RCMP and CAF who served more than 30 years, combined. Sylvain’s life of service has been driven by a desire to explore new horizons. His dedicated service has earned him the Special Service Medal NATO (SSM), the Queen Elizabeth Silver Jubilee Medal, the Queen Elizabeth Golden Jubilee Medal, the RCMP Long Service Medal, and the Canadian Association of Organ Donors Service Medal. He joined Commissionaires in 2018 in order to continue his life of service and stay connected with a community of old friends and fellow veterans.

Sylvain made the decision to apply to take part in the Nijmegen March last year. He was 59 at the time. He has taken on the grueling training that consists of walking more than 500 km with a 10 kg backpack, as required, in order to prepare both physically and mentally so that he can complete the four-day march. He told us the Nijmegen March is a once in a lifetime experience and a journey of commemoration in reverence to all the Canadians who bravely served before him.

Over the course of four days, Canadians, including Sylvain, will march approximately 40 km each day through the landscapes of three Dutch provinces and the city of Nijmegen. Sylvain’s participation in this year’s Nijmegen March is sponsored by Commissionaires. We wish him, and all participants, a successful march and safe return home!

Follow our social media properties for Sylvain’s updates during the March. 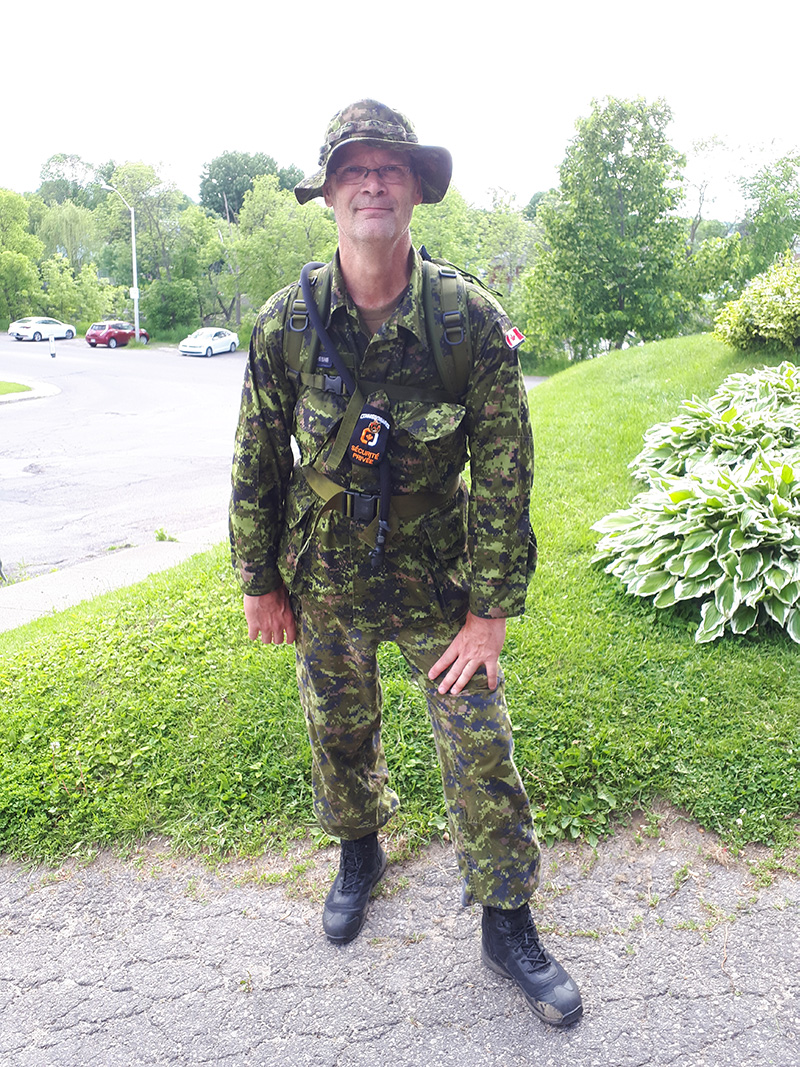