Out with the old, in with the new—but never forgetting where they came from

Moving out of a 200 year-old building into a brand new one with a completely modern look and feel is no small change, but it’s a welcome one for Commissionaires Nova Scotia Division.

Moving isn’t all about taking casual Friday to a whole new level with, as CEO Bruce Belliveau affectionately calls it, “Pirate rig”. As anyone who has gone through an office move knows, it’s business-as-usual-while-simultaneously-packing-up-your-things.

For the military veterans among staff, moving is par for the course; packing up and relocating is second nature. CEO Bruce Belliveau (a retired Royal Canadian Navy Commodore) joked, “It’s been a while and I’ve been waiting for my posting letter to come for some time now. It’s about time I relocate.” Although those in the office who are not veterans don’t necessarily feel the same way, spirits are high through this hectic and bittersweet upgrade.

Nova Scotia’s HQ is currently housed in two buildings, one of which was purchased exactly 50 years ago by then Chair of the Board of Commissionaires, and founder of the Nova Scotia Division, Colonel S. C. Oland. It is quite significant that fifty years later his grandson, Commander Richard Oland, now Chair of the Board, leads the company into this monumental expansion. 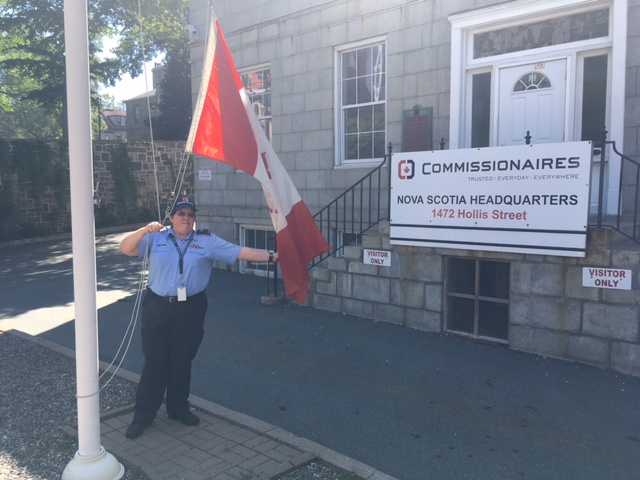 Moving often symbolizes leaving the past behind, along with some established traditions. A bittersweet moment (pictured left) as Commissionaire Daisy Gavel lowers the Canadian flag outside the office for the very last time. At the new facility, the flag will be permanently raised.

Bruce is eagerly looking forward to the reaction of his staff once they see the inside of the facility for the first time this coming Monday. “Most have only seen the outside of the building. They’re already so excited about having a fresh new facility and finally all being under one roof. They’re giddy – I can’t wait to see their faces.”

To Bruce and his “Ship’s” Company, we wish you fair winds and following seas for this move. 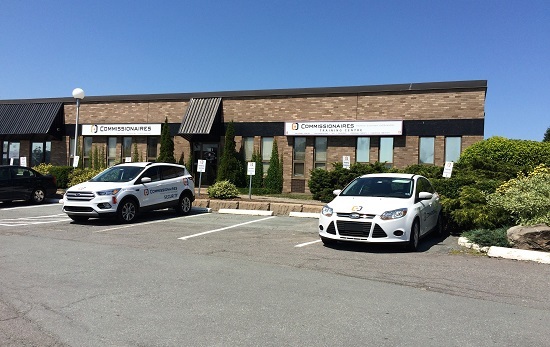 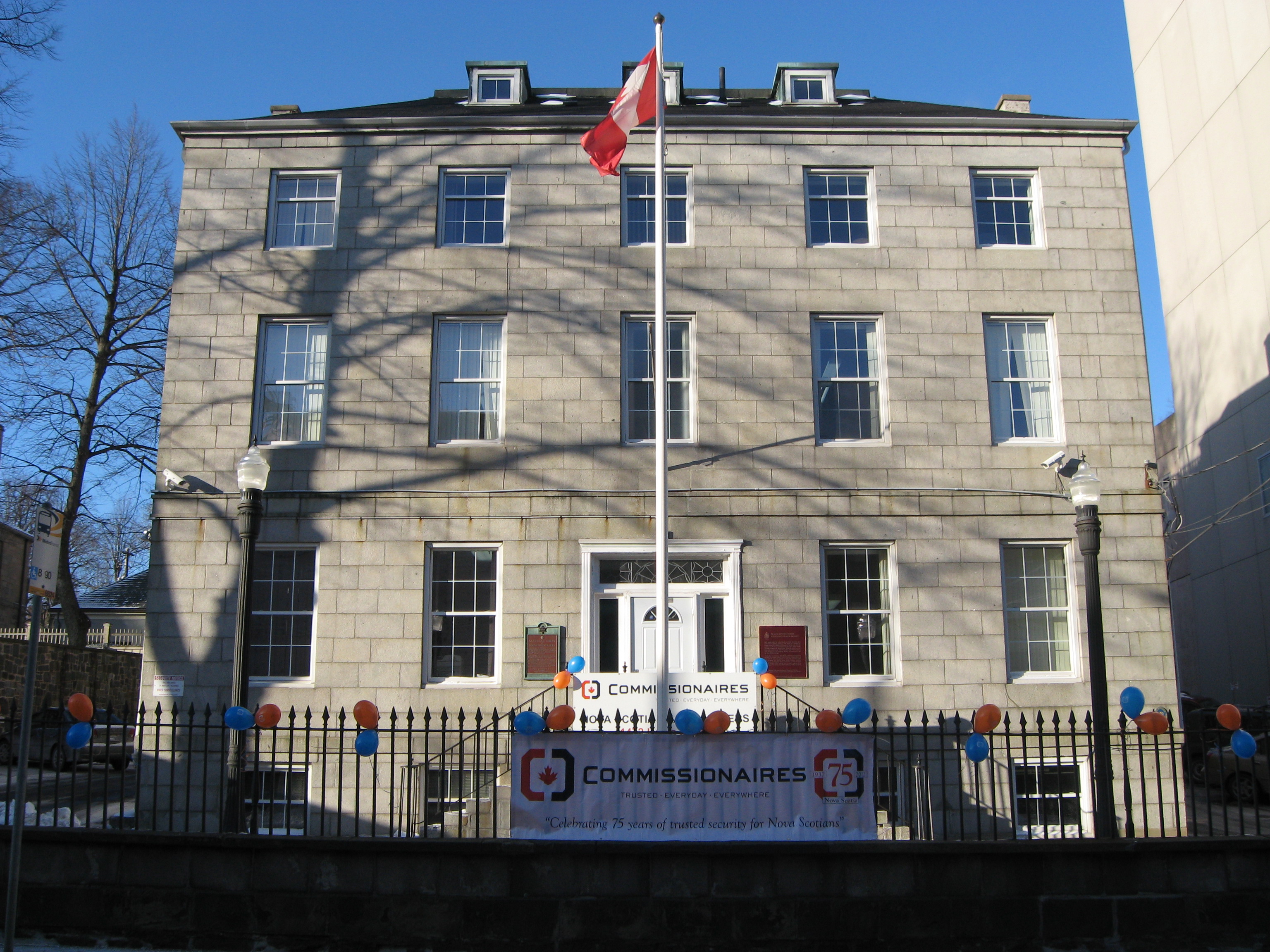 (Above) The two Nova Scotia Division HQ buildings.
(Below)  Colonel S. C. Oland. at the grand opening of the HQ, 50 years ago 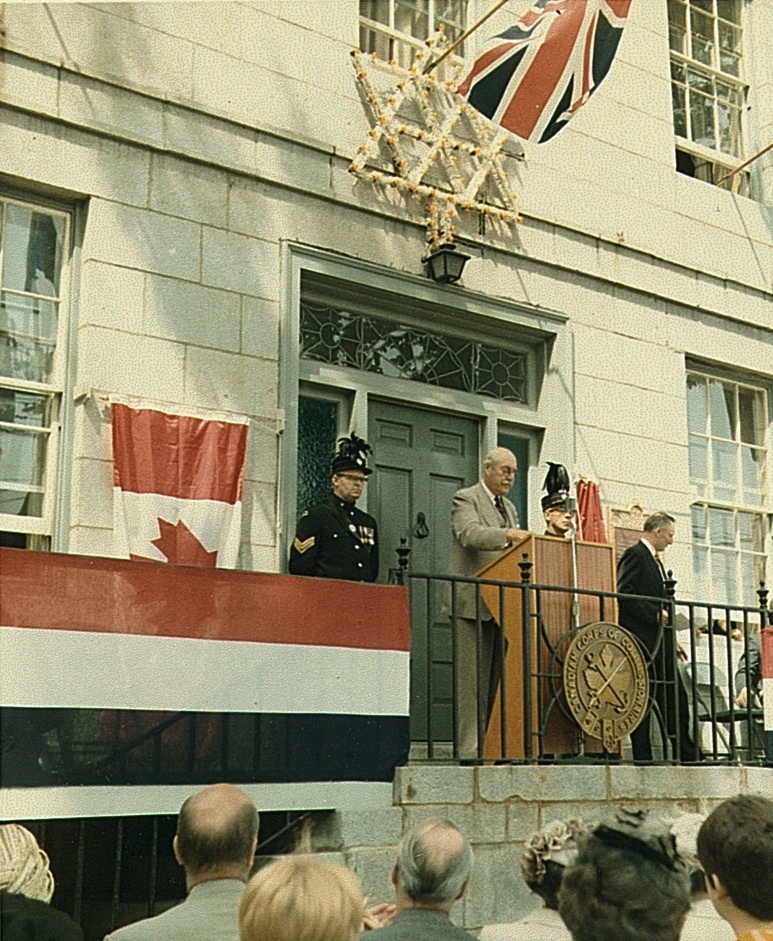