Grand Opening of a new home for Commissionaires Nova Scotia

Thursday Sept. 14, saw the start of a brand new season for Commissionaires Nova Scotia (CNS) with the official opening of their new Headquarters in Bedford Commons.

There was an excited buzz in the air while CNS HQ staff worked as a team to prepare for guests’ arrival at 3 p.m. The staff were eagerly awaiting His Honour, The Honourable Arthur J. LeBlanc, Lieutenant Governor of Nova Scotia, and Honorary Patron of Commissionaires Nova Scotia-- who they knew would be unveiling a dedication plaque. He was joined by Her Honour, Mrs. Patsy LeBlanc.

Over 100 people gathered for the big celebration. Clients, commissionaires from across the province, the CNS Board of Governors, and distinguished guests came out to show their support.

The building’s capabilities were put to a few first tests as its new sound and visual systems were demonstrated and its new training facility filled for the first time for a reception following the ceremony.

Speeches were given by CNS Board Chair, Cdr Richard Oland, CNS CEO, Bruce Belliveau, and GM for B. D. Stevens (the building’s contractor), Luke Eliot.

The final speech was presented by His Honour, The Honourable Arthur J. LeBlanc, Lieutenant Governor of Nova Scotia. He closed the formal ceremony by instilling a sense of pride among the commissionaires saying, “Your service is greatly appreciated and valued by fellow citizens, and this is something which you can take great pride in. From those in senior leadership positions, to the commissionaire who is on the front lines – interacting with the public on a daily basis – you are a credit to the organization and those who came before you in the long history of the Corps in Canada.”

The opening was indeed Grand, and marked a wonderful beginning to the next chapter of CNS. Thank you to all who have contributed to this milestone. The new “home” has been officially launched and is ready to serve generations of commissionaires and those they serve, for many years to come. 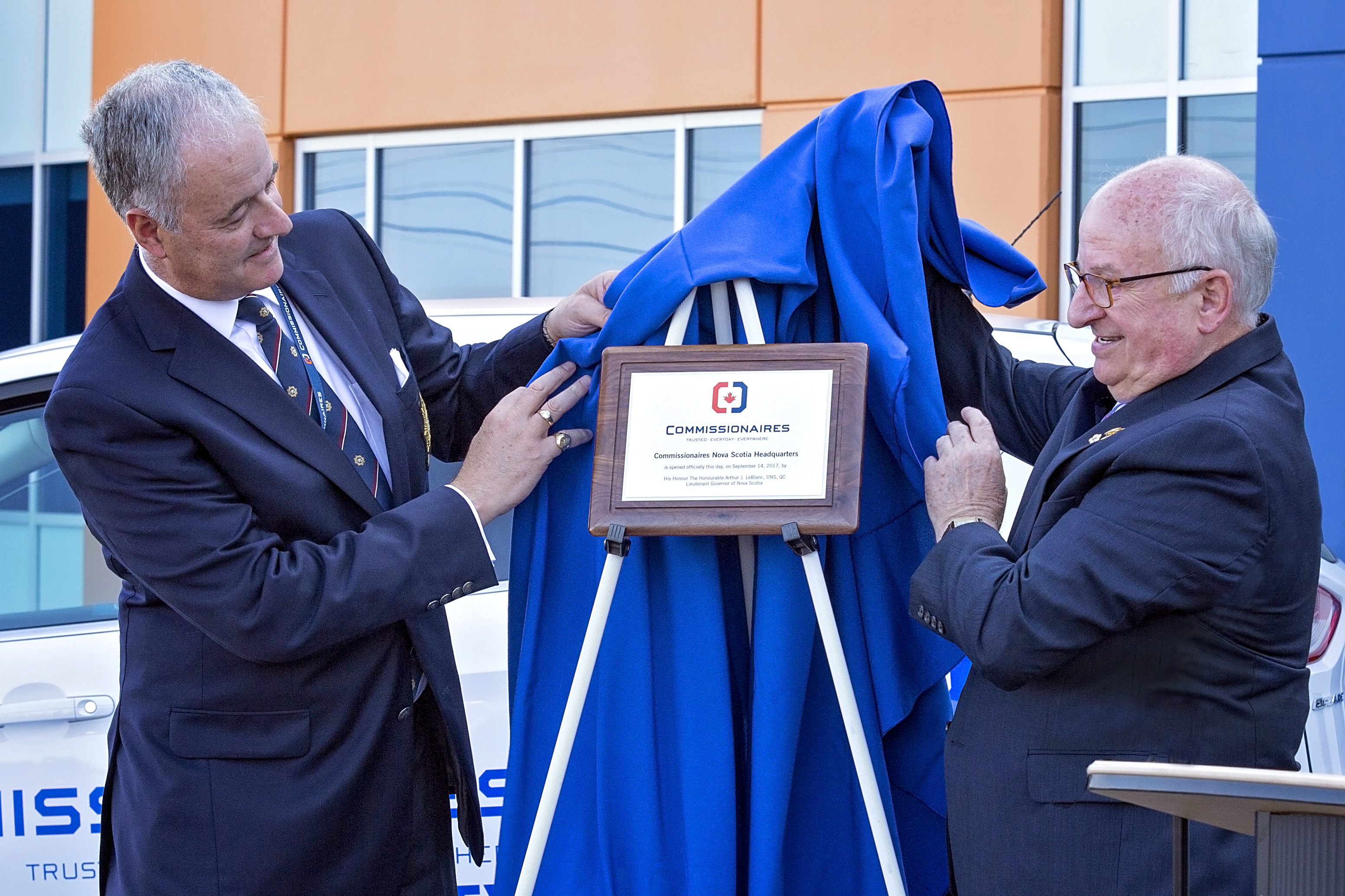 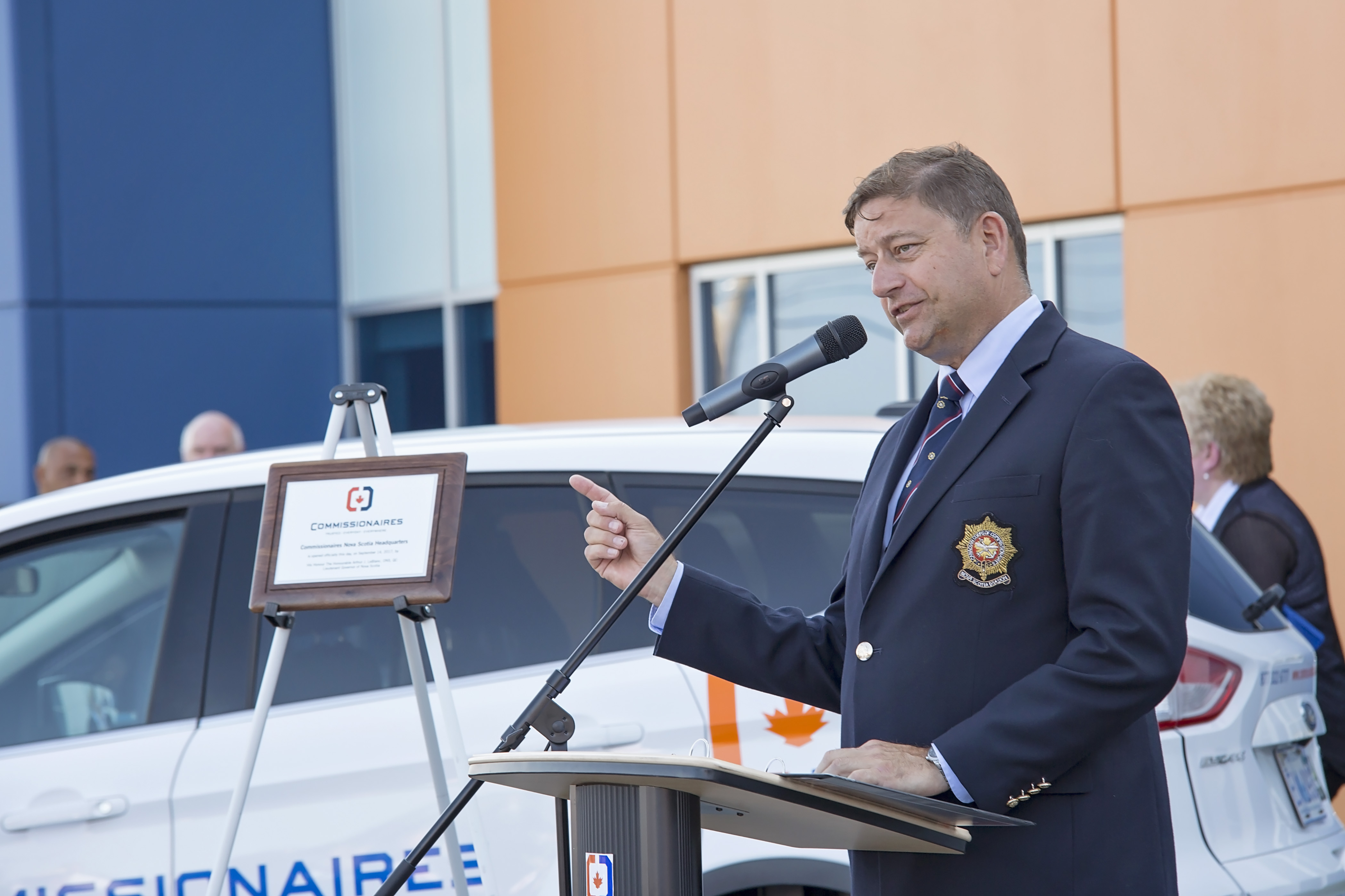 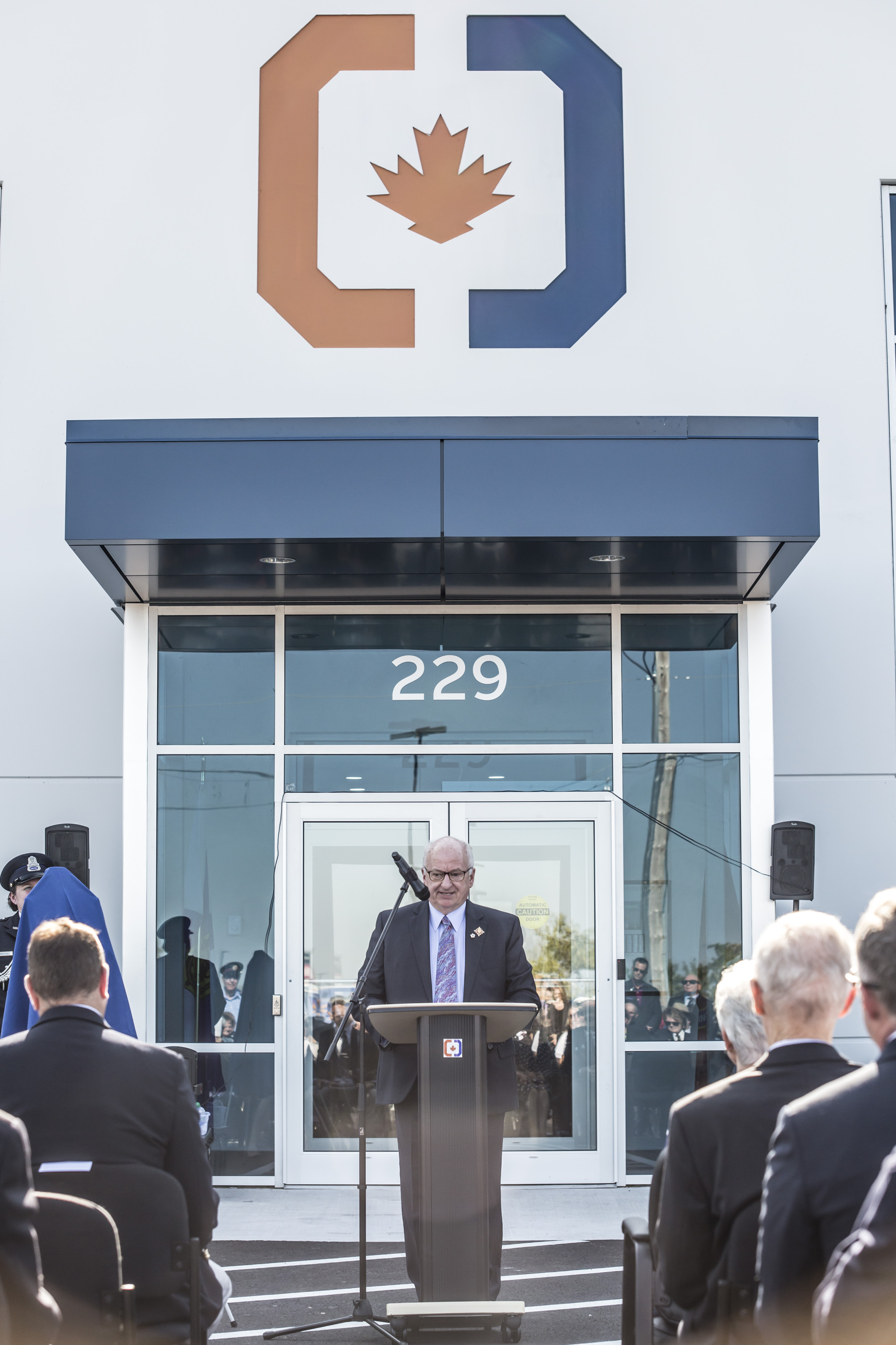