“I am.” That’s a very powerful phrase. These two words, “I” and “am,” together, followed by specific characteristics, give people the power to define themselves. The effect of this kind of mind-over-matter is not to be downplayed. It can deliver the strength you need to stand up when the world seems to be conspiring to keep you down.

Most of us will never know the challenges faced by the men and women who have been injured during their military service. Injuries like post traumatic stress can’t be seen. Other injuries are visible, marked by scars and missing limbs. These realities demand that wounded soldiers and their families reinvent themselves. The challenges can seem insurmountable. It would be much easier for those who are affected to retreat and allow their new situations to define them. Invictus has changed that.

“I am” has become the mantra for competitors in the Games. “I am unconquered.” “I am the master of my fate.” “I am the captain of my soul.” Invictus has given wounded soldiers the opportunity and training to make sports part of their recovery process. In a world where athletic achievement is measured by how and when athletes cross the finish line, “I am” has given Invictus competitors the strength and courage—and the opportunity—to step up to the starting line. 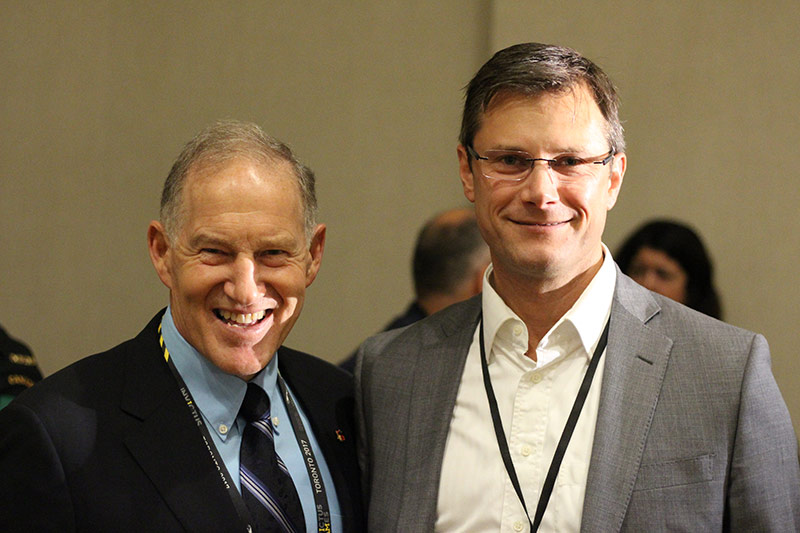 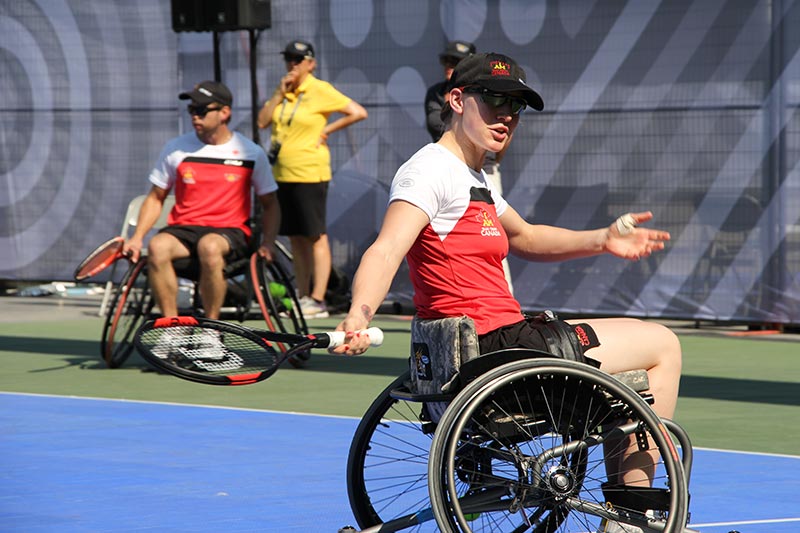 When Toronto hosted the 2017 Games from September 23 through 30, it delivered a front row seat to, arguably, the greatest showcase of human spirit the world has to offer. We witnessed 550 competitors from 17 nations collectively support one another and share their power. They had each other’s backs because they share a common experience. They share a common goal. This goal dictates that, even though medal ceremonies are part of the Games, medal counts are not kept.

“I am” created the conditions for Canada’s Sergeant Jessica Miller to compete in the women’s shotput five years to the day after her spine was fused back together following an incident that broke her back and hip, and left her with a post traumatic stress injury. “I am” helped Canada’s Corporal Kelly Scanlan cope with multiple physical and mental injuries to compete in tennis, cycling and swimming. “I am” put Canada’s Sergeant (Ret’d) Nic Meunier in the field for archery, golf and wheelchair rugby after suffering multiple injuries resulting in 22 broken ribs, rebuilt knees and shoulders, repaired spinal discs, facial reconstruction, loss of hearing, and post-traumatic stress and dissociation issues. 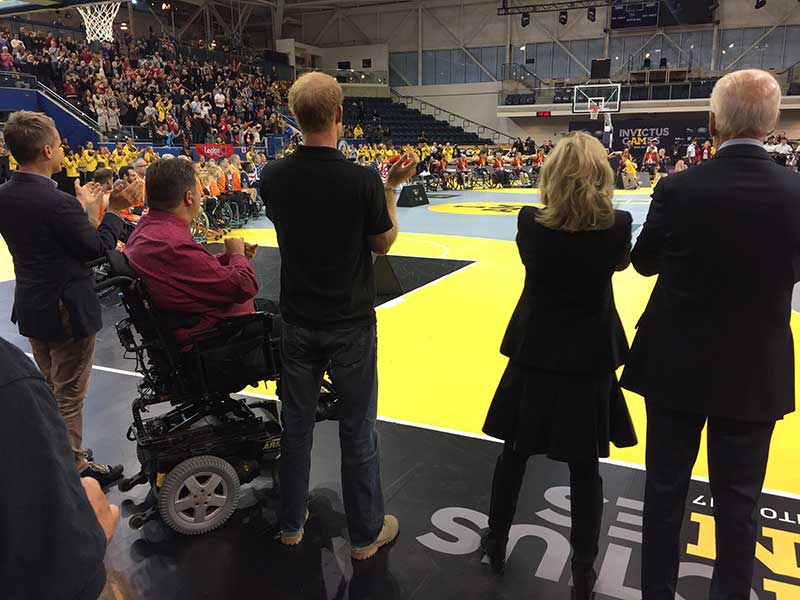 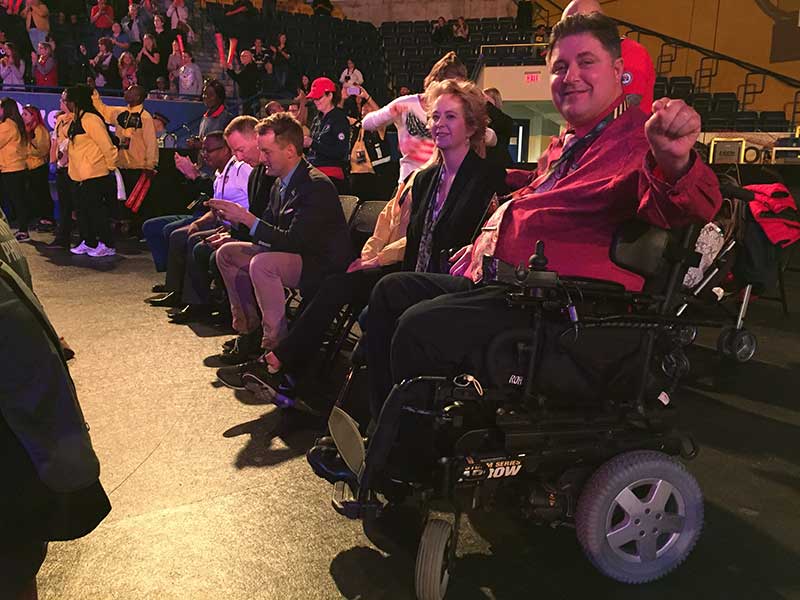 However, the Invictus Games are not just about reaching one’s own potential. Competitors and spectators honour and thank the military families for their support of our soldiers. Families received many standing ovations and were integral in the cultural program. Members of the Canadian Military Wives Choir gave a moving performance of two songs as part of the Massed Military Band performance to a near-capacity audience at Roy Thompson Hall.

The Invictus spirit has touched many people. Commissionaires who worked security at various sites of the Games felt the same impact as the people they screened to attend the events: the comradery and dedication of the competitors has inspired them to pursue a starting line of their own choosing, and help others reach theirs. This is true of both our veteran and civilian employees who worked shoulder-to-shoulder, and alongside several police services as part of a high-stakes security program which had to deal with the presence of royalty, world leaders and celebrities.

I am grateful for the men and women who serve our country, and the families that support them. I am thankful for Prince Harry and his initiative to create this opportunity for wounded soldiers. I am inspired by the showcase of human spirit, of drive, dedication, teamwork, mutual respect and collective support. I am impressed by the achievements of the Invictus Games Toronto 2017 staff and its cadre of 1,800 volunteers. I am more than part of an organization that was a Proud Supporter of and security provider for the Games—I am moved.

This is an op-ed that was penned by Tom Prins for The Hill Times. 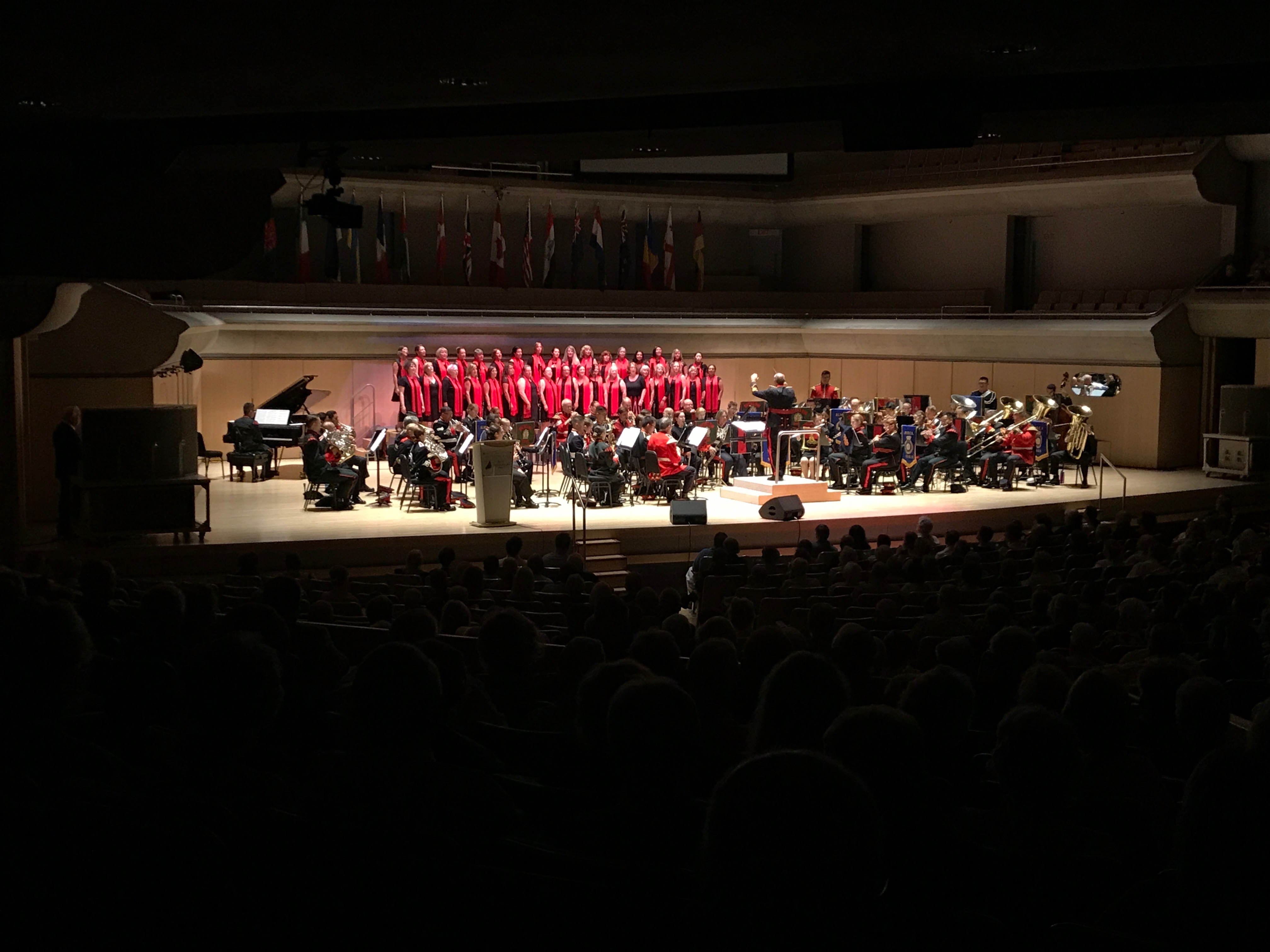