Seeing the future through green-coloured glasses

Thursday, February 7th brought about a first for Commissionaires as our Newfoundland and Labrador Division drove away with its brand new 2019 Chevy Bolt Electric Vehicle. CEO Jim Lynch was presented the keys Thursday at an event held at the car dealership, Hickman Auto Group, in St. John’s. Among those present was St. John's Mayor Danny Breen, and members of the Commissionaires Board of Governors.

This electric car will now be a part of the Division’s Mobile Patrol fleet and will be used as part of its bylaw enforcement work with the City.

Our NL Division is one of ten with an ISO 14001 certification and is consistent with the Division’s commitment to protecting the environment. An electric vehicle’s zero exhaust emissions goes a long way to helping the NL team reduce its carbon output. They also generate very little noise, reducing noise pollution as well.

Jim Lynch reports that it will cost an estimated average of $458/year to charge the Bolt EV, based on EnerGuide Fuel Consumption data. So the savings will add up quickly. Plus, by charging at night when utility rates are at their lowest, the Division is likely to recognize additional savings.

An electric vehicle uses only a battery that drives an electric motor and turns the wheels eliminating the need for oil changes or other routine maintenance recommended for engine upkeep.

Who says it not easy being green?

The Commissionaires NL Division was recognized as an Employer of Distinction for 2017 during an event held by the Newfoundland and Labrador Employers’ Council this past fall. The Division's dedication to employee health and happiness is evident in its low turnover rates. “It’s about treating employees with dignity and respect,” Lynch says. NL Division has over 750 guards located across the island and into Labrador. The Employer of Distinction Award recognizes employers in Newfoundland and Labrador that demonstrate leadership in the community, corporate responsibility, productivity and innovation, and a fundamental belief in the value of a healthy, safe, and motivated workforce.

Video of Jim Lynch explaining to decision to go electric. 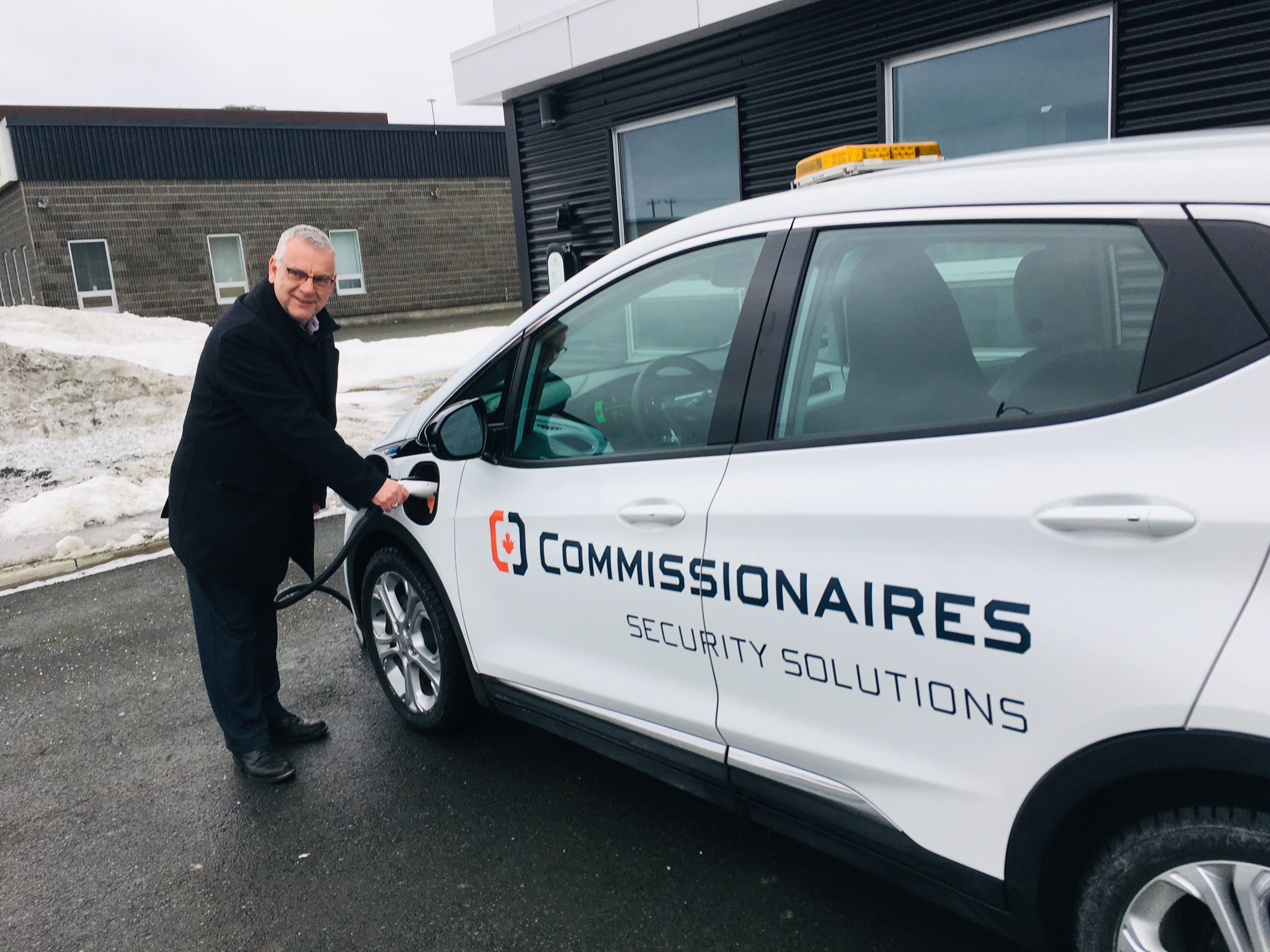