The Minister of Veterans Affairs and Associate Minister of National Defence Hon. Lawrence MacAulay presented the Minister of Veterans Affairs Commendation to 29 recipients at a special ceremony in Hamilton on July 29, 2019. The commendation was awarded for outstanding service to veterans and dedication to remembrance, part of the Government of Canada’s commitment to recognizing individuals who go selflessly dedicate themselves to the well-being, care and remembrance of veterans.

Among the recipients are three with affiliations to Commissionaires:

The Minister of Veterans Affairs Commendation is awarded annually to exceptional Canadians who have contributed in a distinguished manner to the care and well-being of Veterans and the remembrance of the contributions, sacrifices and achievements of Veterans. The commendation consists of a certificate, a lapel pin for civilian wear and a bar for wear with decorations.

The official media release about this round of commendations includes the following quote from Honourable Lawrence MacAulay, "Today we acknowledge the dedicated work of these 29 individuals for our veterans. From organizing and promoting remembrance within their communities to improving veterans' well-being and quality of life, these recipients have provided outstanding volunteer service. Thank you for all that you have done."
Congratulations to Robert, David, and Hal for receiving this well-deserved commendation. And thank you for your service!

The official news release is available on the VAC website. 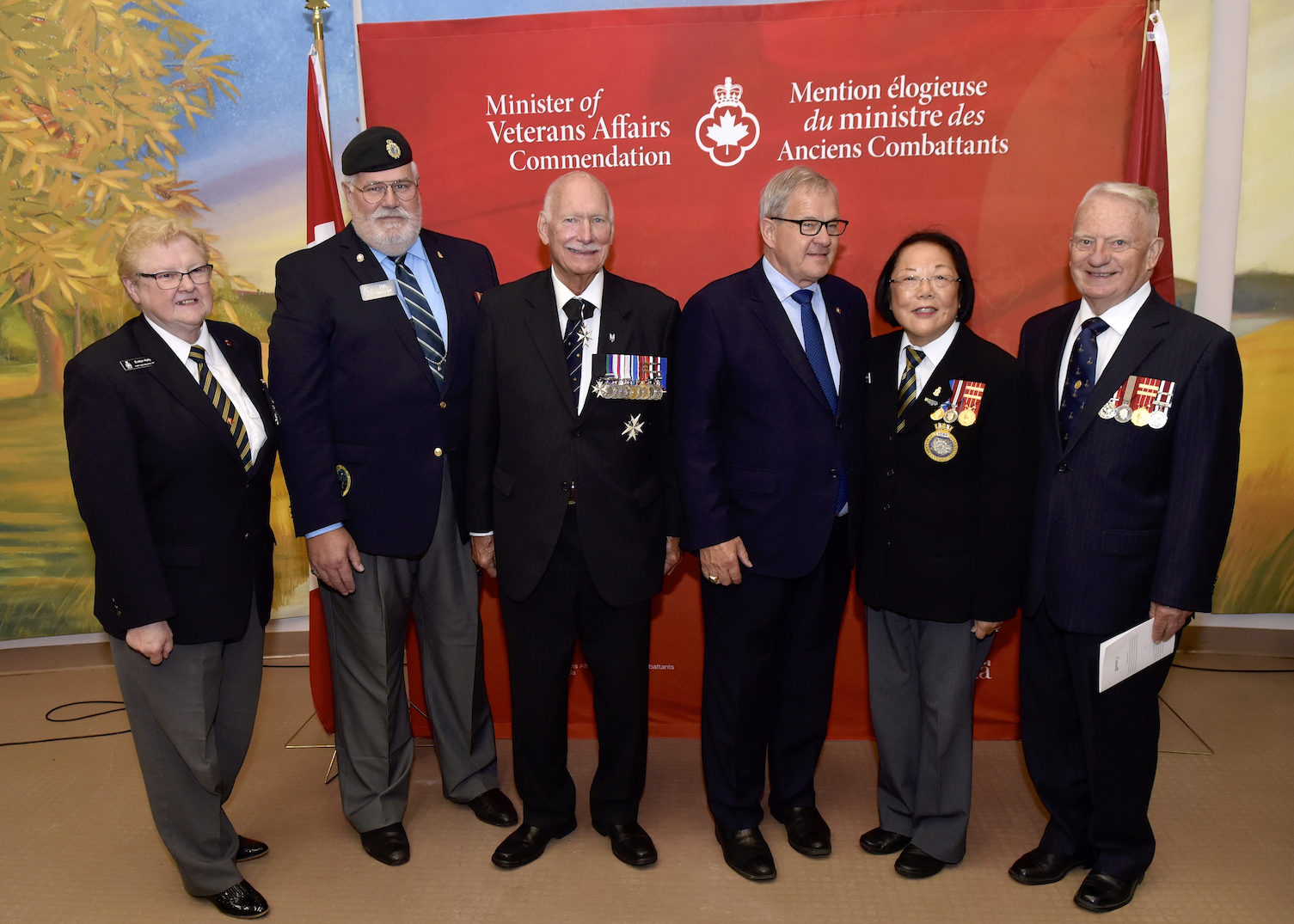 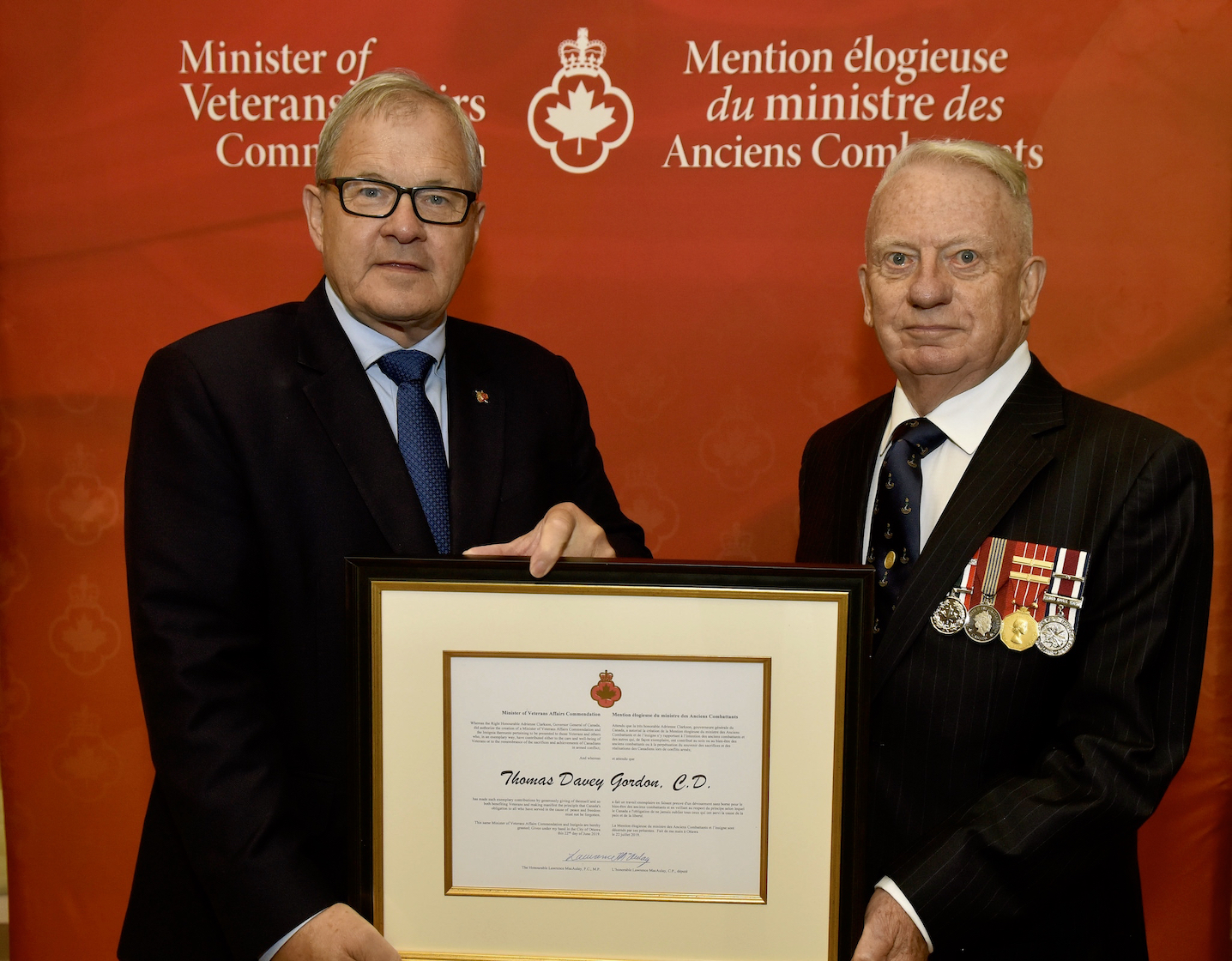 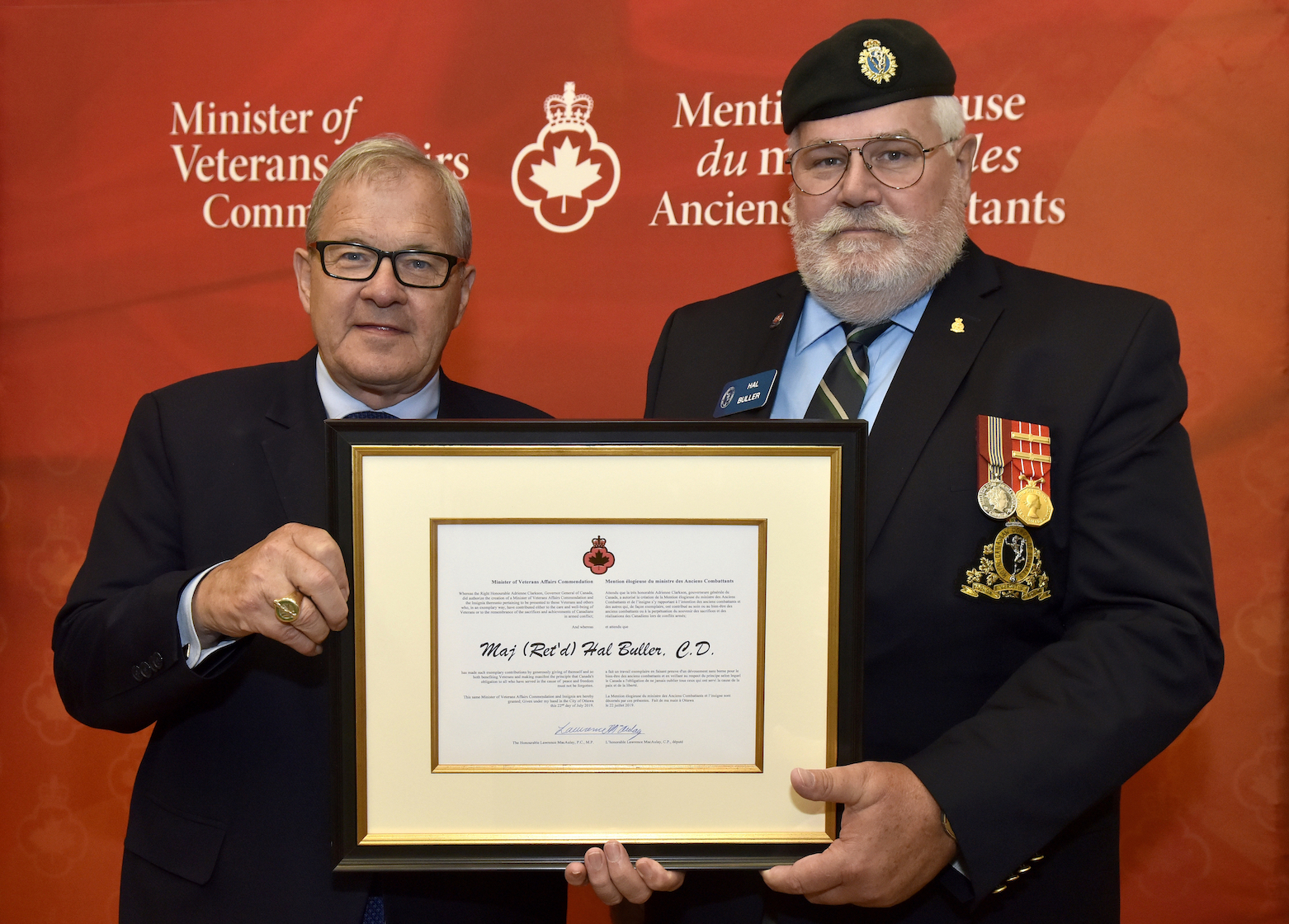 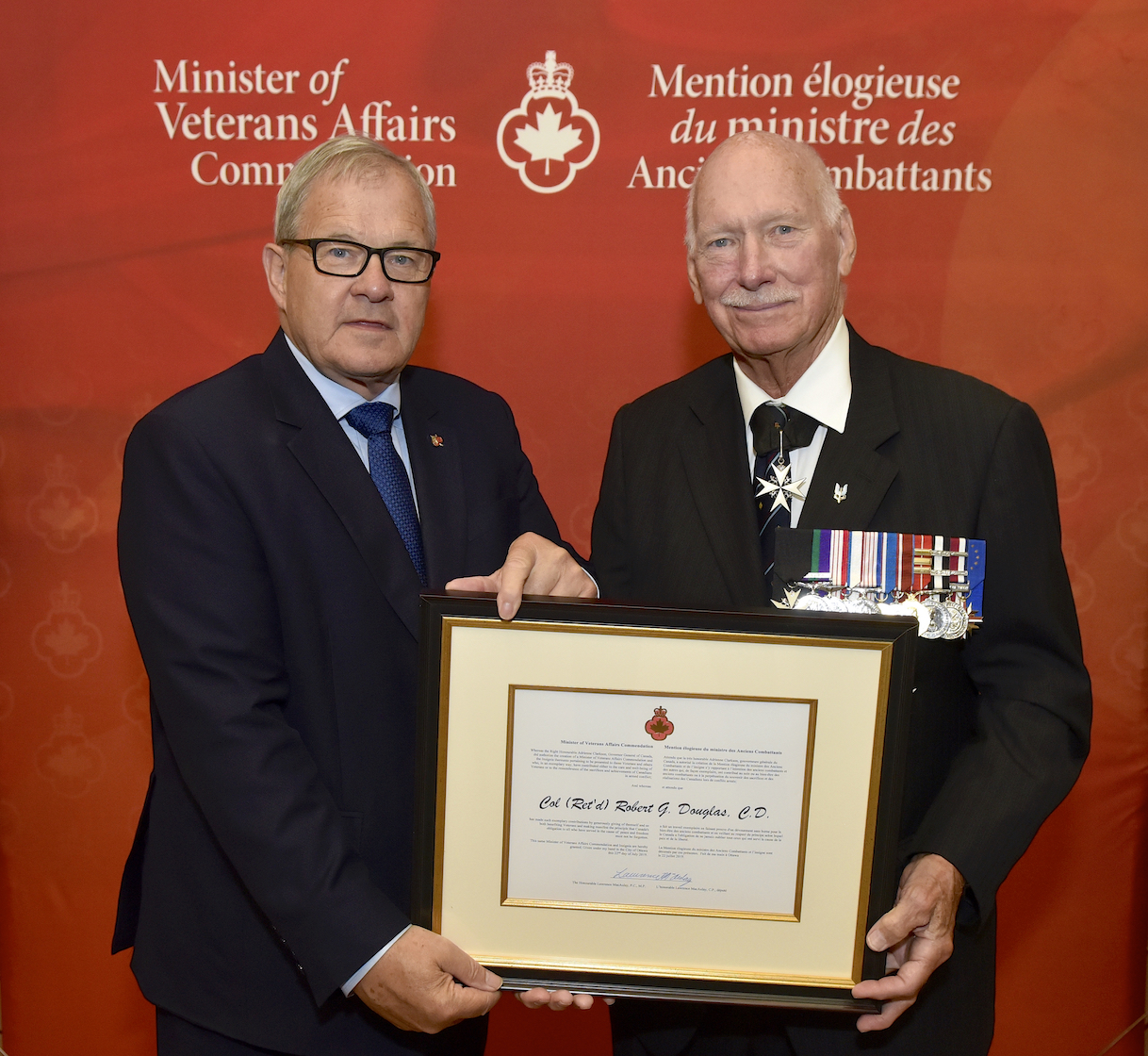 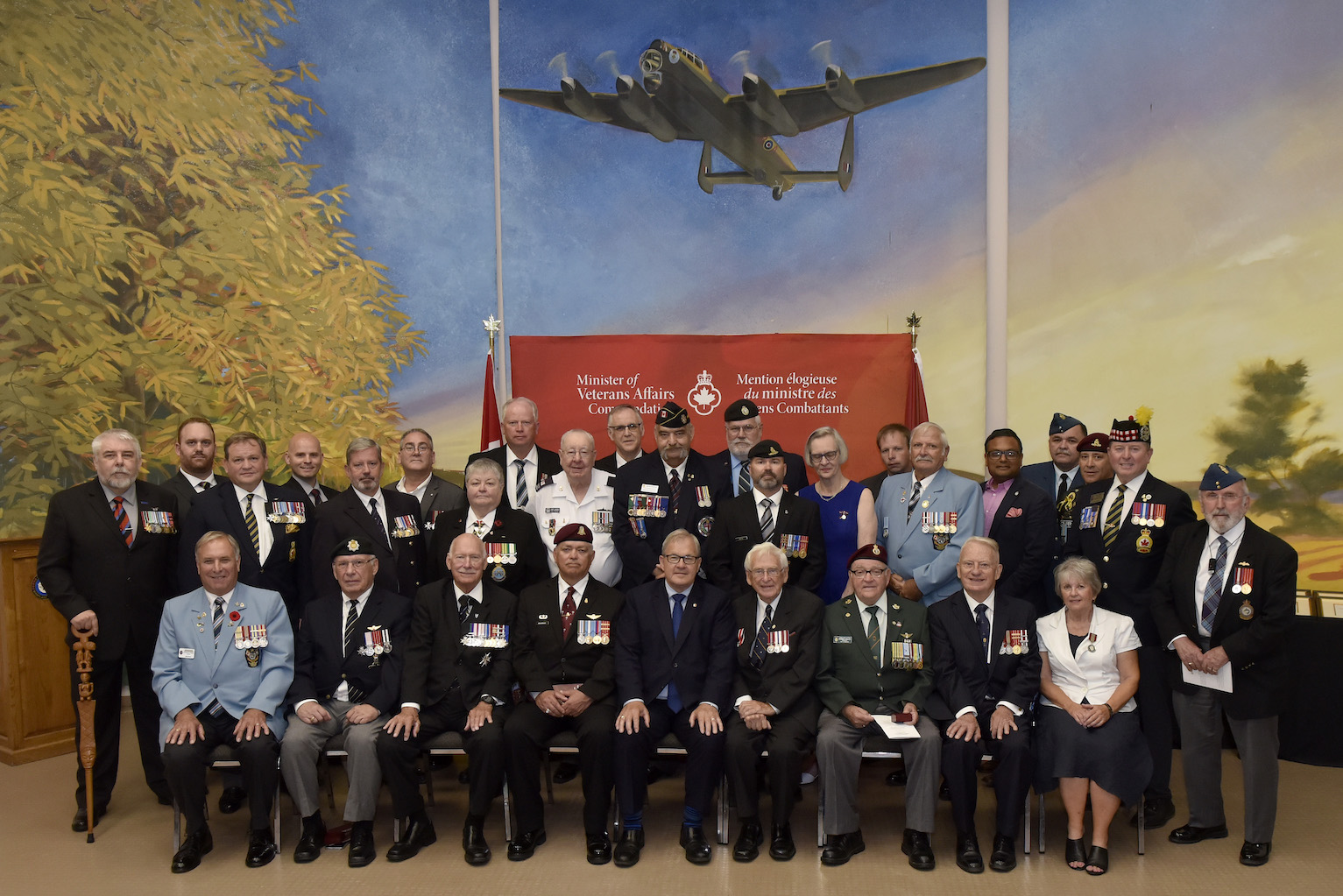