Women in Defence and Security: A reason to celebrate

21 women —serving members, veterans and civilians—who have made outstanding contributions to Canadian defence and security. 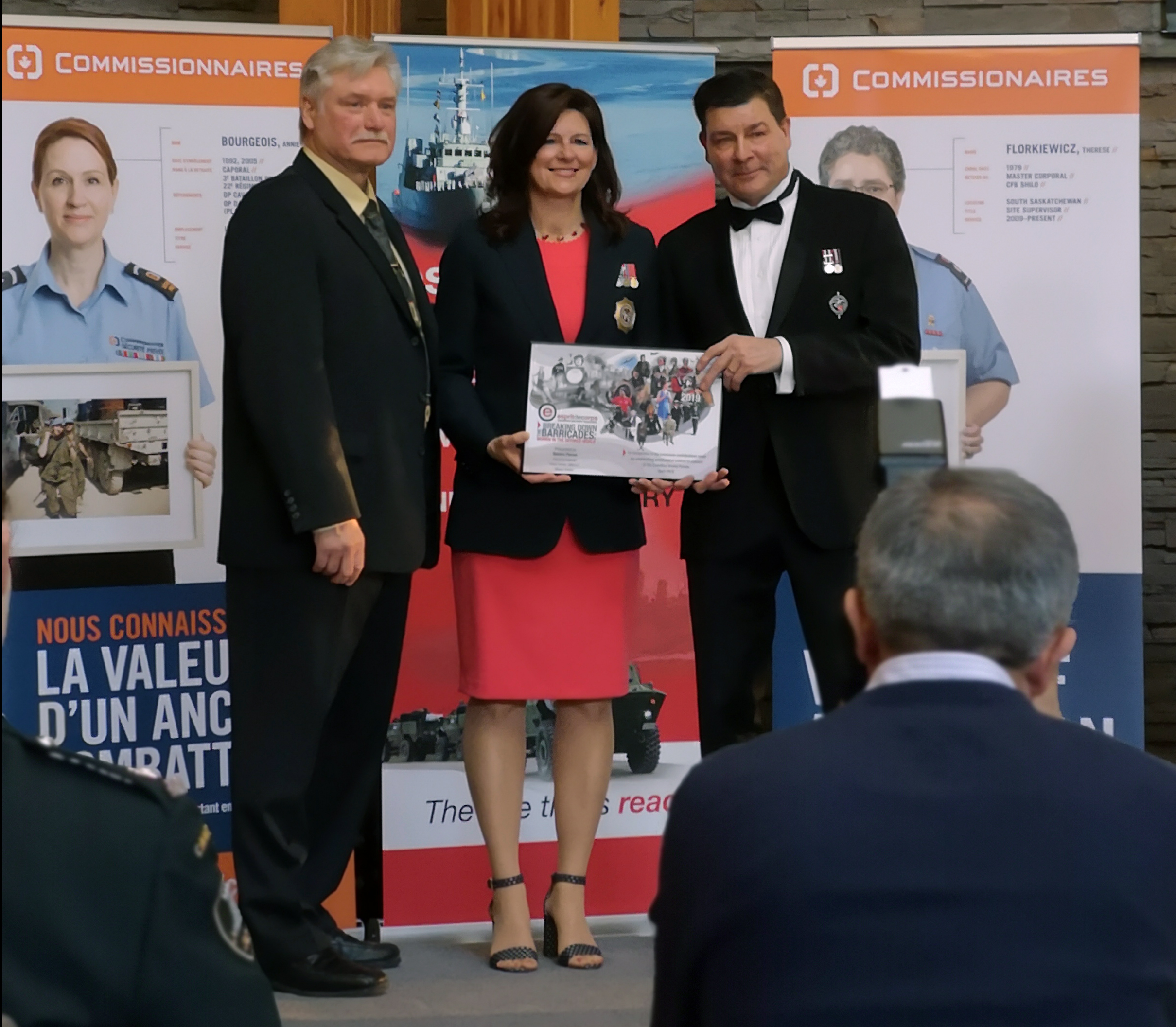 The ceremony opened with a singing of the national anthem. Verses were sung in Ojibwa, French and English, all accompanied by sign language. This was followed by a powerful video on the history of women in the Canadian Armed Forces.

There was plenty applause, and many loud cheers for each of the recipients as they were called up one-by-one to receive their award and a gift bag which included bracelets from Brass & Unity. Among the speeches was Major-General (ret’d) Lewis MacKenzie’s recounting of how the rules were changed to open all Canadian Forces ranks, and a toast from Commissionaires Chief of Staff Captain (ret’d) Harry T. Harsch.

Among the 2019 recipients was Maj (ret'd) Sandra Perron. She was Canada’s first female infantry officer and is now a philanthropist, author, a senior partner with A New Dynamic, and is currently a member of the Board of Governors for Commissionaires Quebec Division.

Commissionaires was honoured to attend and be the lead sponsor of the Women in Defence and Security Awards for the second year in a row.

Congratulations again to all of this year’s winners! 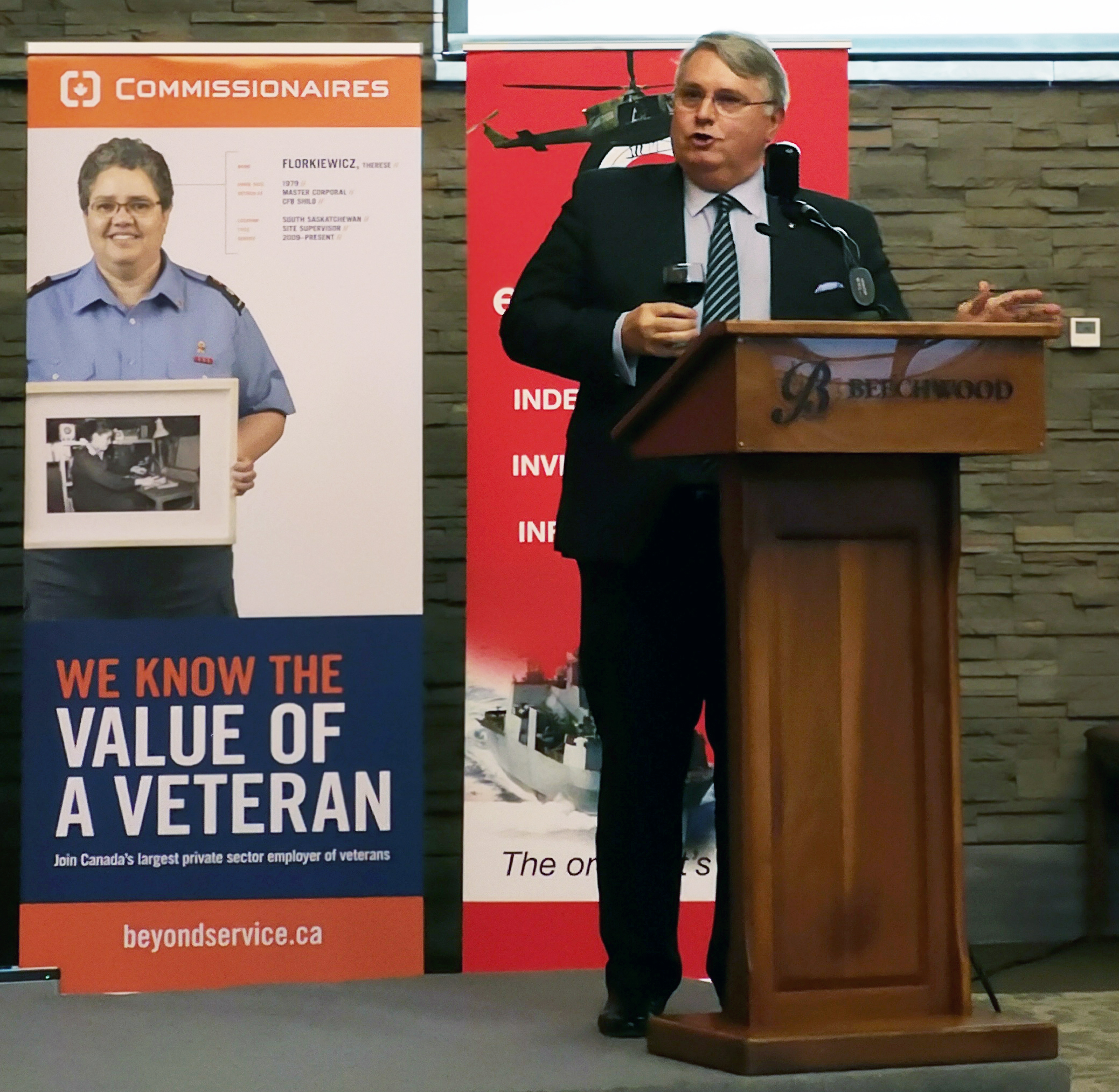 About the Esprit de Corps Women in Defence Award

The Esprit de Corps Women in Defence Award is presented to an individual who has made an outstanding contribution in the Canadian defence sector, whether currently serving in the Forces, working in industry, advocating for serving or veteran members of the Canadian Armed Forces, or involved in a supporting organization at the local, provincial and/or national level. Nominees may be drawn from a stakeholder group across the defence and military worlds including: Canadian Armed Forces (serving or retired member or civilian employee), veterans or military-related (non-governmental) organizations, government (political or bureaucratic), academia, industry.