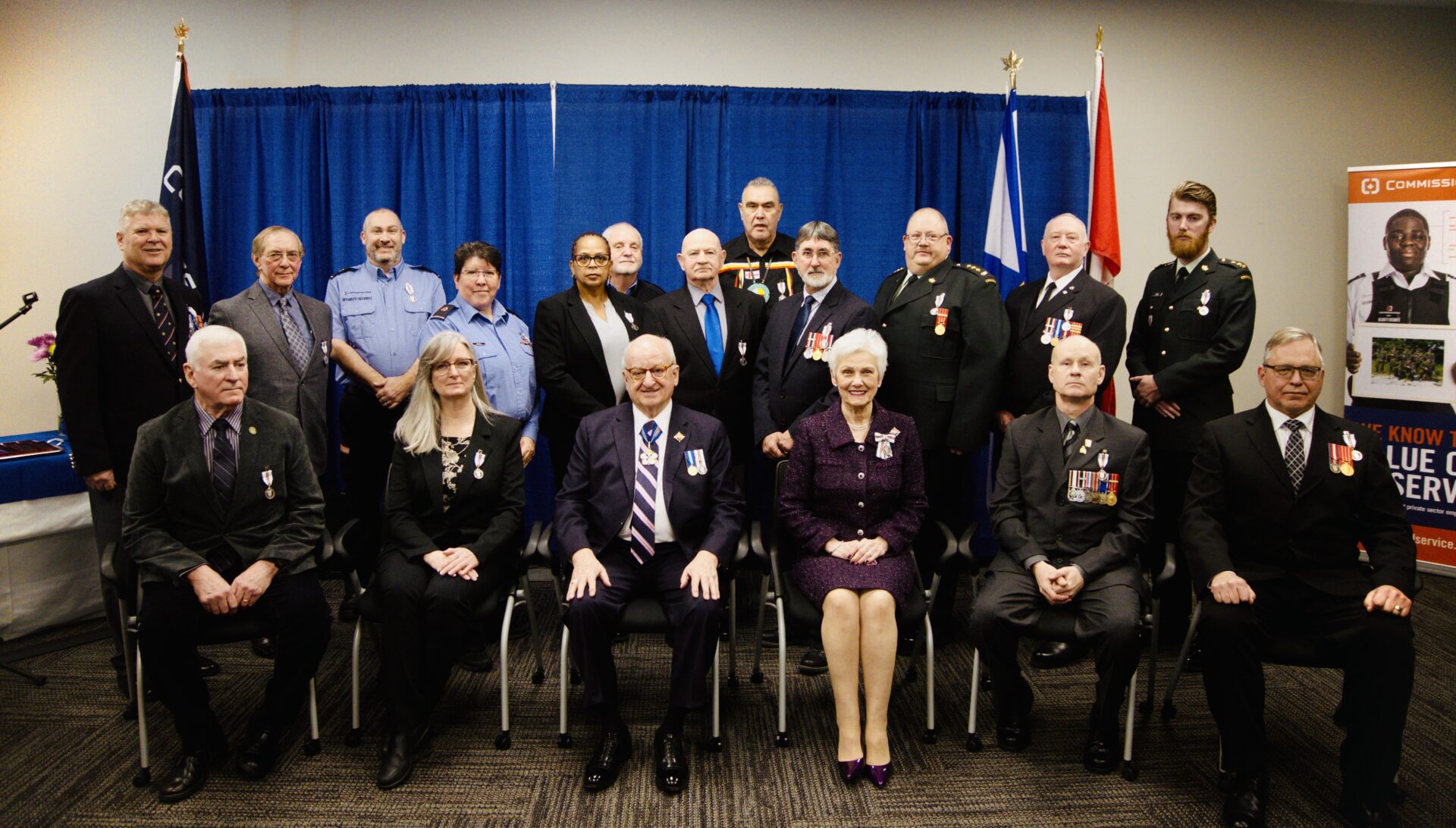 The QPJ medal was one of the last decorations of honour Her Majesty approved before her passing late last year. It recognizes outstanding volunteers, members of the Canadian Armed Forces and emergency services, and others who have positively impacted society.

The commissionaires who received the medal are consummate volunteers, each personifying what it means to live a life of service. Commissionaires Nova Scotia hosted an investiture ceremony on Wednesday, January 11, 2023, for the medal recipients and their guests.

The organization transformed its Head Office training rooms into a venue fit for royalty. As the Crown’s representative in Nova Scotia and a longstanding patron of CNS, Lieutenant Governor Arthur J. LeBlanc presided over the two-hour event. He was joined by Her Honour Mrs. Patsy LeBlanc and the Aide-de-Camp.

Liane MacAusland, CNS Contacts Development Officer, served as the event’s Master of Ceremonies. Barry Pitcher, CNS CEO, and Heather Armstrong, CNS Board Governor, each took a turn at the podium to congratulate the recipients. A reception followed the presentation of medals.

CNS is immensely pleased to recognize the following commissionaires who were honoured at the event:

We would also like to recognize commissionaires John Brewer of Sydney and Kevin Tulk of Dartmouth, who each received a QPJ medal independently of the nominations submitted by our organization.