On a hot, Thursday morning in Dieppe, New Brunswick, the atmosphere is upbeat, spirits are high and tournament organizers are eagerly awaiting the Soldier On golf tournament activities to begin at the Fox Creek Golf and Country Club. Through the double doors, a man dressed in a clean, pressed, sharp Commissionaires uniform walks in. Denis Valee immediately reports for volunteer duty at the event.

Denis is an army veteran of 21 years—a supply technician. He is accustomed to long days, and is well equipped for the tournament. Denis is one of those people who can find the best in anything. He revels in the smouldering hot day, proud to be doing his duty and giving back to ill and wounded veterans.

Denis left the forces in 2004. His career included stops in Montreal, Moisie, Germany, Calgary and Edmonton.  He tried to find a second career in his specialty, seeking employers who appreciate veterans because, regardless of the job or the hours, they’d show up on time and do what they were told. This proved challenging. According to Denis, veterans have a difficult time finding meaningful, full time opportunities, “When you go to a job site, you’d be there for five to six months, and suddenly things slow down and you would be out of work.”

While in-between contracts, Denis came across Commissionaires. He’d heard of us during his time in the Forces and was interested in what we have to offer. After a lengthy chat and a few days of waiting, the much-wanted hiring call arrived. Denis had only one request- full-time hours. He had previously spent years doing short-term, casual contracts and he didn’t want to waste his time. Commissionaires came through. “Boy, they kept me working!” he joked.

When Denis started as a casual employee, he worked three to four days a week, on average. “They ask if you’re available evenings and weekends, even last minute. Sometimes I’d take a one-off shift and two hours later I’d get a phone call offering a weeks’ worth of work elsewhere.” He would pick up as many short and long shifts as were available.

“If you want to work, there’s always work,” he said, “I was doing contractor escorts, site security for construction zones, sat in a parking lot and guarded tractor trailers etc. Some of it was tedious but a lot of stuff was sort of new and interesting. You never knew where you were going to be so it was always a bit of a surprise.”

Denis’ tenacity and eagerness to work hard moved him through the ranks quickly. Now three-years with Commissionaires, he is a full-time supervisor at Assumption Place in Moncton, NB. Currently, he and his team of six take care of the parking and building security.

Participating in the Soldier On Golf Tournament was an opportunity he couldn’t refuse. Always the optimist, Denis is happy to do whatever he could to honour to those who fell ill or became injured while serving, as many of his friends from his military career can be included in that category. At the same time, it gives him a chance to reconnect with serving and retired military, saying, “It’s nice because you get a chance to speak with people on a one-on-one basis. It sort of reminds you where you came from.”

You cannot teach passion, tenacity and valour. You hope it is in each of your employees. Thank you, Denis, for everything you do and all that you have done for Commissionaires. We are lucky to have you. 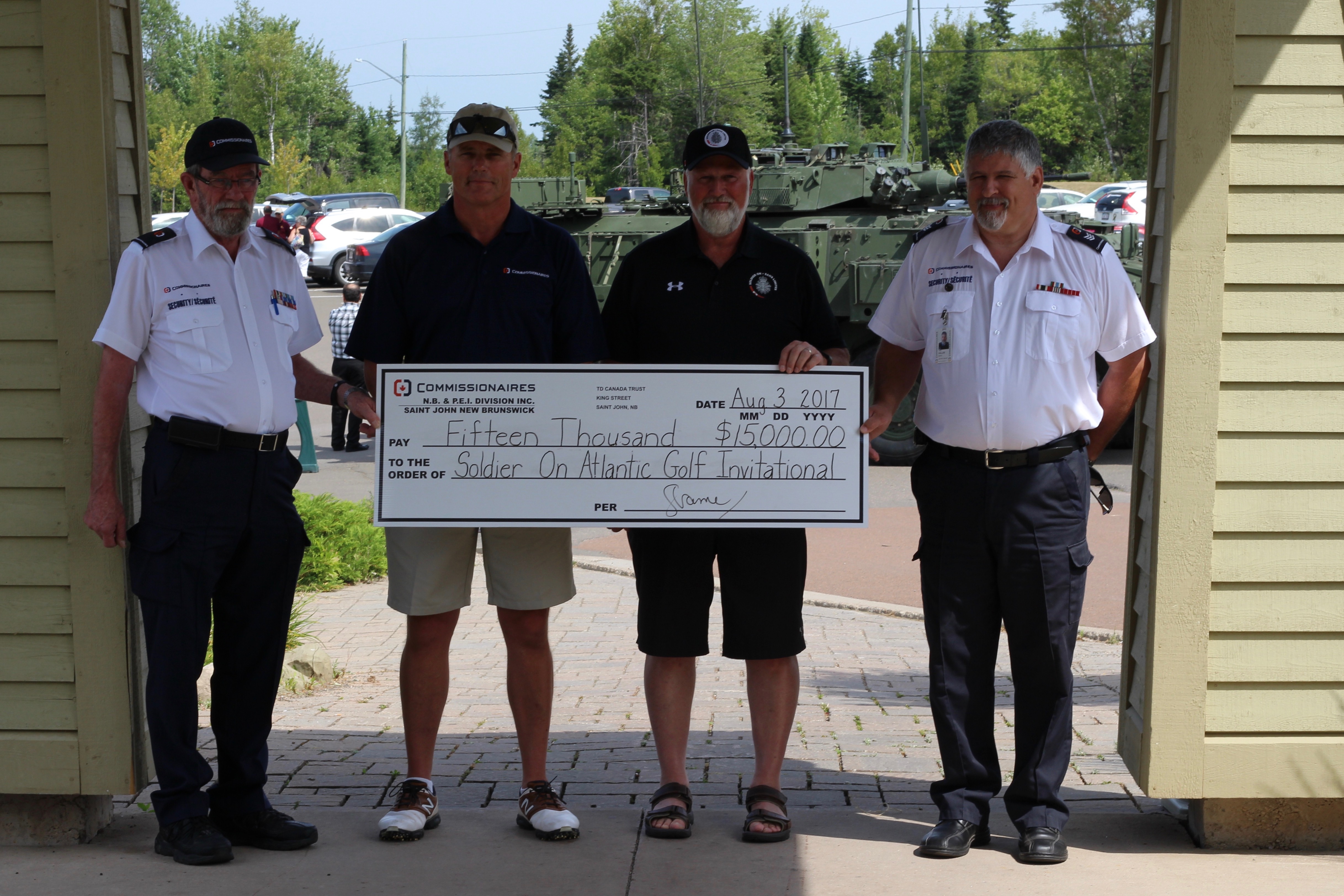