Duane Van Meer retired from the RCMP after 27 years of service. After retiring, Duane pursued other opportunities, often centred around his deep painting background, before joining Commissionaires Nova Scotia.

Duane was walking down Hollis Street in Halifax, Nova Scotia when he bumped into one of his old bosses from the RCMP. After a good conversation, and later an interview, Duane joined Commissionaires as a security professional at the Halifax Stanfield International Airport.

Duane served as a special constable at the airport for twelve and a half years. He filled various roles as a security expert. Duane often patrolled the grounds, assisted in medical emergencies, and conducted investigations. Duane found himself to be a jack of all trades as he and other security experts worked to keep the airport safe.

In 2014, Duane was awarded a CEO Commendation after he quickly identified and reported a damaged aircraft.

“I saw an aircraft that was going to depart had spewing fuel tanks before it went onto the tarmac,” said Duane. “To me, that was just a normal thing to do.” Duane was recognized for his life-saving actions. 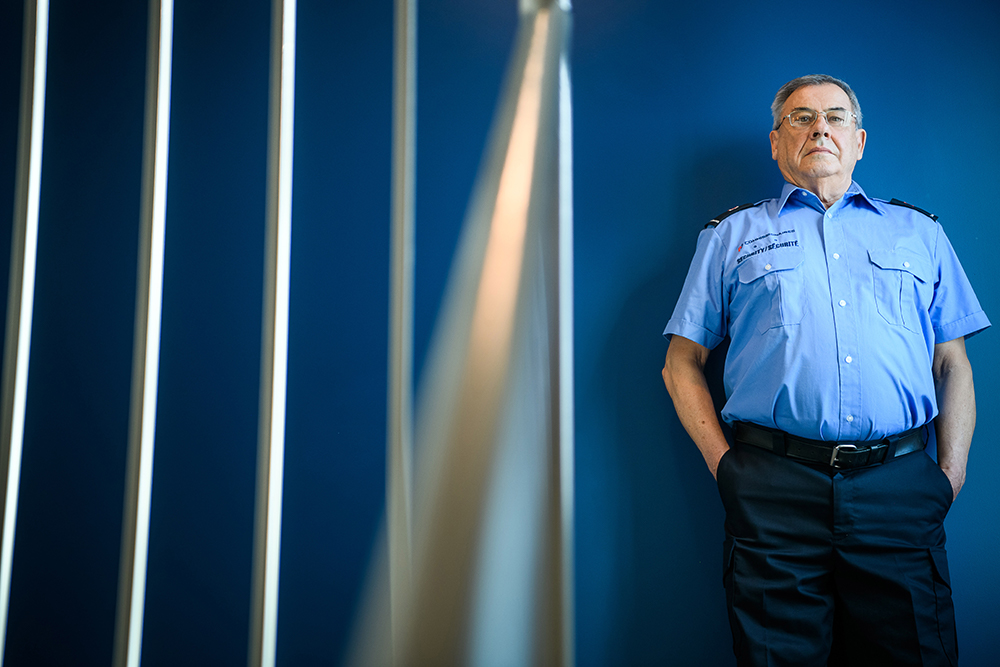 After his service at the airport, Duane moved on to work as a security professional at the Port of Halifax. He’s in his third year at the Port. Duane has much of the same important duties at the Port of Halifax that he had at the Halifax Stanfield International Airport, but now he also has to contend with the difficulties of coordinating emergency services responding to medical emergencies on ships that have, or soon will, dock at the port.

“I started when I was around 16 or 17 with a paint by numbers set,” explained Duane. His mother requested a talent test from a school in the United States, which led him to start a three-year commercial art course at the Famous Artists School in Westport, Connecticut, USA. The Famous Artists School is an art correspondence institute that was founded in 1948 by well-known artists such as Albert Dorne and Norman Rockwell. 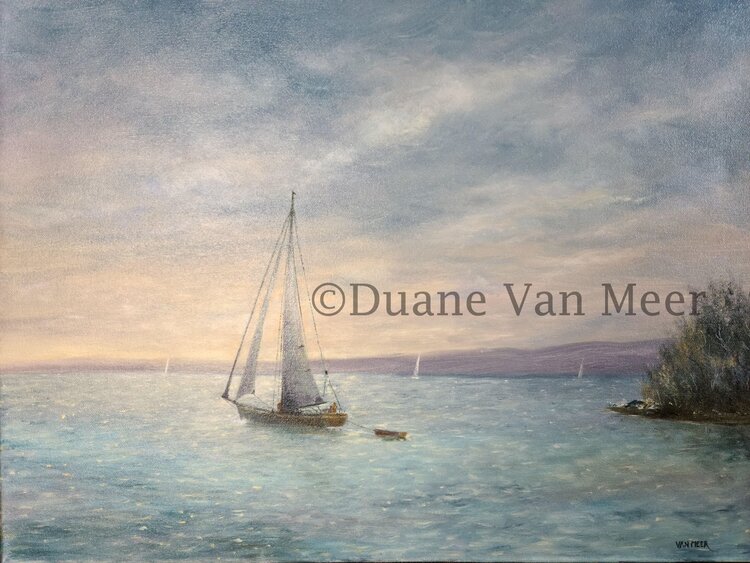 Duane later worked with a commercial artist painting fine art, which inspired Duane to take more courses and join workshops to broaden his skills. Duane teaches workshops, has two shows a year in Ottawa, and has paintings displayed around the world!

You can see Duane’s many great oil and watercolour paintings shown on his website, Van Meer Art.