Education/Professional Designation(s): CRA designation Appraisal Institute of Canada, Mohawk College, Hamilton
Position/Responsibility on Board: Vice Chair
Years of Service on Board: Since 2005

Tom combines a strong background in IT security with his experience in managing some of the largest physical security projects in Canada including the 2010 G8 and G20 summits. Tom is an accomplished business leader, having established and led an international IT services company that provided outstanding service to many Fortune 1000 firms across North America.  At Commissionaires, Tom has deepened his security knowledge through both academic effort and through working with an exceptional team of subject matter experts. Tom is experienced in leading and developing new business lines and expanding opportunities that clearly meet the needs of his clients. Tom has coached and consulted with numerous organizations, sharing his senior management experience and his passion for creating opportunities and heightened customer service.

Tom holds a BA (Honours) in Public Policy and Administration, an MBA from University of Toronto, and has the Certified Protection Professional designation from ASIS international. 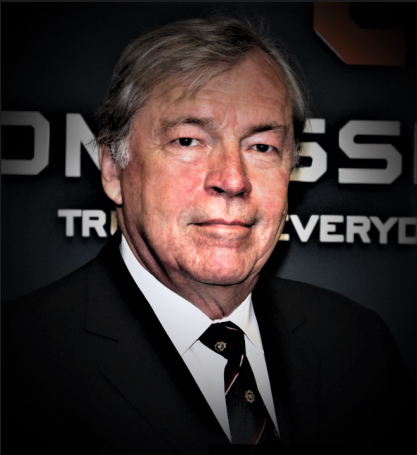 Education/Professional Designation(s):  MBA (Western University), M.Eng (University Of Toronto), B.Sc Electrical Engineering (University of Alberta)
Position/Responsibility on Board: Governor
Years of Service on Board: Since 2017

Background: Malcolm is retired after a career in engineering (GE & Westinghouse where he developed two patents), top management consulting (as a partner at McKinsey & Co.) and renewable energy development (where he co-developed the largest wind farm in Canada). 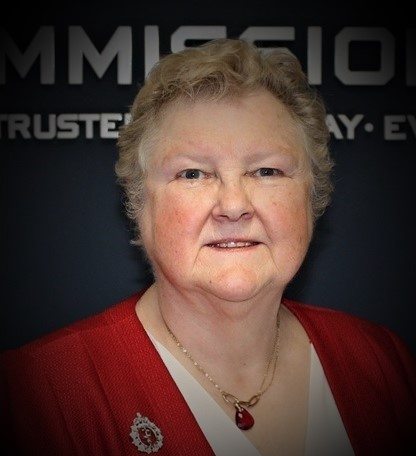 Background: Career started as a Radiological Technologist, Flight Nurse and Nursing Officer with the Canadian Forces eventually teaching Radiation Sciences and Anatomy at the Michener Institute and the University of Toronto. As a member of Canadian Forces Medical Services, commanded 25 Toronto Medical Company and acted as the Reserve Medical Advisor to the Commander of 32 Canadian Brigade Group Headquarters and Land Force Central Area. Past National President of the Last Post Fund. President of Ev Kelly Services, teaching online and in-hospital courses for Radiation Technologists. Aide de Camp to the Lieutenant Governor of Ontario 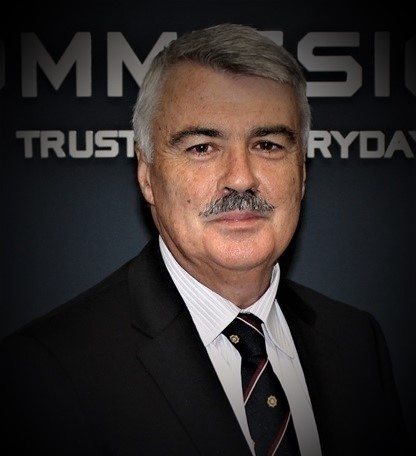 Education/Professional Designation(s): BA – Royal Military College; LLB – University of Toronto
Position/Responsibility on Board: Governor
Years of Service on Board: Since 2014

Why decided to serve on CGL Board: I believe that we provide innovative and quality opportunities for employees and employers. I want to assure that this continues into the future. 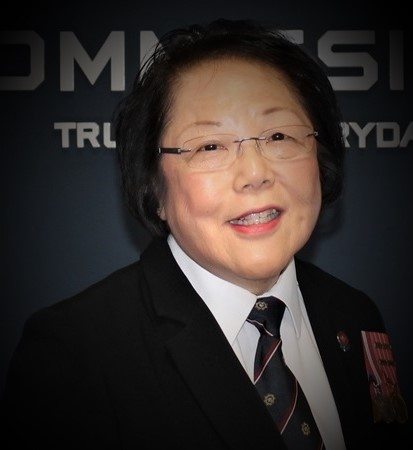 Education/Professional Designation(s):  RN, Train the Trainer, Canadian Securities Course
Position/Responsibility on Board: Governor
Years of Service on Board:  Since 2016

Background:  Career with the Royal Bank of Canada for 35 years in various senior management roles. Joined the Naval Reserve in Hamilton during High School and then promoted as a Direct Entry Officer following graduation as a Nurse.  Worked in various management roles both at HMCS STAR and HMCS YORK.  Appointed as the first female Executive Officer at HMCS YORK. Past President of the Fort York Royal Canadian Legion Branch 165 and the first female President in 85 years.  Volunteers at the Sunnybrook Veterans Centre as a wheelchair escort, appointed to the Veterans Advisory Council of the Board in 2015 and a Member of the Comfort Fund for Veterans at Sunnybrook. Volunteers with Women’s Royal Canadian Naval Service and Nursing Sisters Association of Toronto.  Speaker with the Memory Project.

Why decided to serve on the CGL Board:  I was encouraged to join the CGL Board by other members of the Board who thought I would be a good fit for this nonprofit organization. 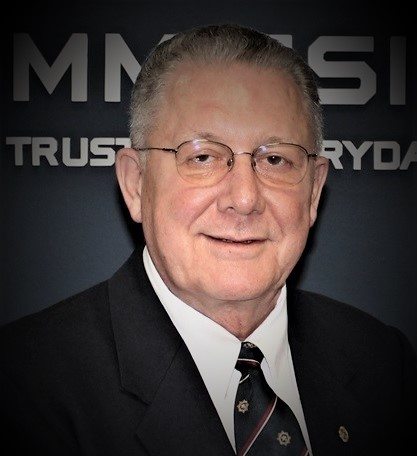 Background: Worked in various positions through to senior management in heavy industry prior to self employment in 1996. I remained in the machine and tooling business until retiring in 2016. I also enjoyed a parallel career in the Canadian Forces Reserves from 1966 to 2004 commanding the Elgin Regt (RCAC) and 31 Combat Engineer Regt (The Elgins), from 1996 to 2002. Additionally, I instructed at Fanshaw College in business management and supervision.

Why decided to serve on CGL Board: I joined CGL out of interest in the Commissionaires and their mission and mandate. Later, I accepted the invitation to become a Governor as a path to assist CGL to maintain their direction as stated in the Statement of Purpose. 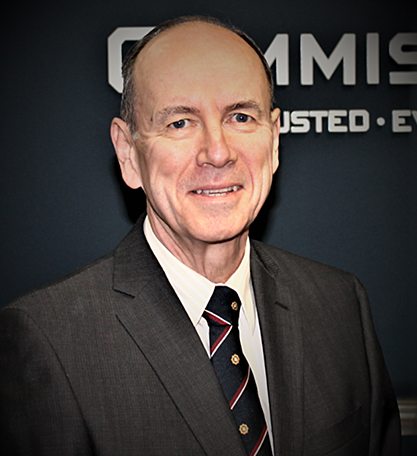 Education/Professional Designation(s): BA (Wilfred Laurier), MCSC, CD
Position/Responsibility on Board: Governor
Years of Service on Board: Since 1998

Why decided to serve on CGL Board: Third generation military; my father, a WWll veteran and career infantryman, made the challenging transition to a civilian career with assistance of those that understood military skills. I would like to contribute the support that he benefited from, to others. 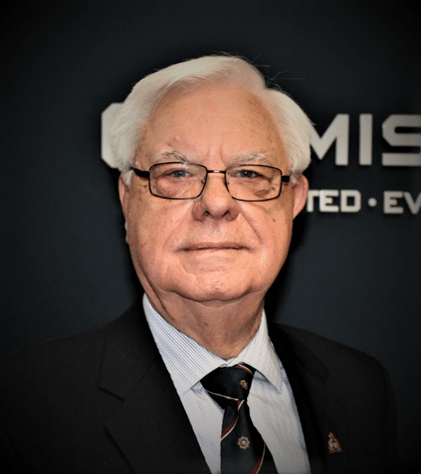 Education/Professional Designation(s): BA Law and Political Science – Carleton University; CSE – American Security Institute
Position/Responsibility on Board: Governor
Years of Service on Board: Since 2013

Background: Careers in law enforcement and university administration, retired Director of Public Safety for Carleton University. Held political offices as Deputy Mayor of South Frontenac and currently city councillor in St. Thomas. Extensive experience with not-for-profit organizations in an executive position as Priory Secretary and Registrar for the Order of St. John, Priory of Canada, as well as a career in the Canadian Forces Reserves serving with The Elgin Regt [RCAC] I Hussars and OIC Military Police LMD retiring in the rank of Captain. Additionally, I served for several years as an academic advisor to the Police Foundations Program at Algonquin College of Applied Arts.

Why decided to serve on CGL Board: I jointed CGL because I believe in the goals and objectives of the Commissionaires and of my desire to help veterans find meaningful and fulfilling work. 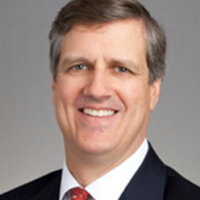 Years of Service on Board: Since 2019

Background: John began his professional career in 1981 as a proprietary equity options trader on the floor of the Toronto Stock Exchange. John has lived in Canada, United States, Indonesia, Hong Kong, and Singapore and has financial market experience ranging from relationship management and credit to capital markets and derivatives working with clients including high net worth individuals, multinational corporations and multilateral organizations. He has served as a Director and committee member for clubs, industry associations, private and public companies. He joined Claret in 2018 as a Relationship Manager 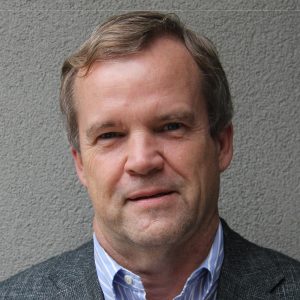 Years of Service on Board: Since 2019

Background: Brian is Heuristica’s Chief Operating Officer and Senior Counsel.  He joined Heuristica in 2016 from a major downtown Toronto firm where he practiced tax law for thirty years. Having represented many small and large corporate clients, he has considerable experience in complex and technical legal disputes.  He has appeared before various federal/provincial courts and tribunals on tax matters and has a strong interest in effective dispute resolution preparation. Brian has written extensively on legal issues and is the co-author of two chapters in Halsbury’s Laws of Canada, published by LexisNexis.  He takes an active interest in legal technology matters and was an early adopter of the use of technology in the practice of law.