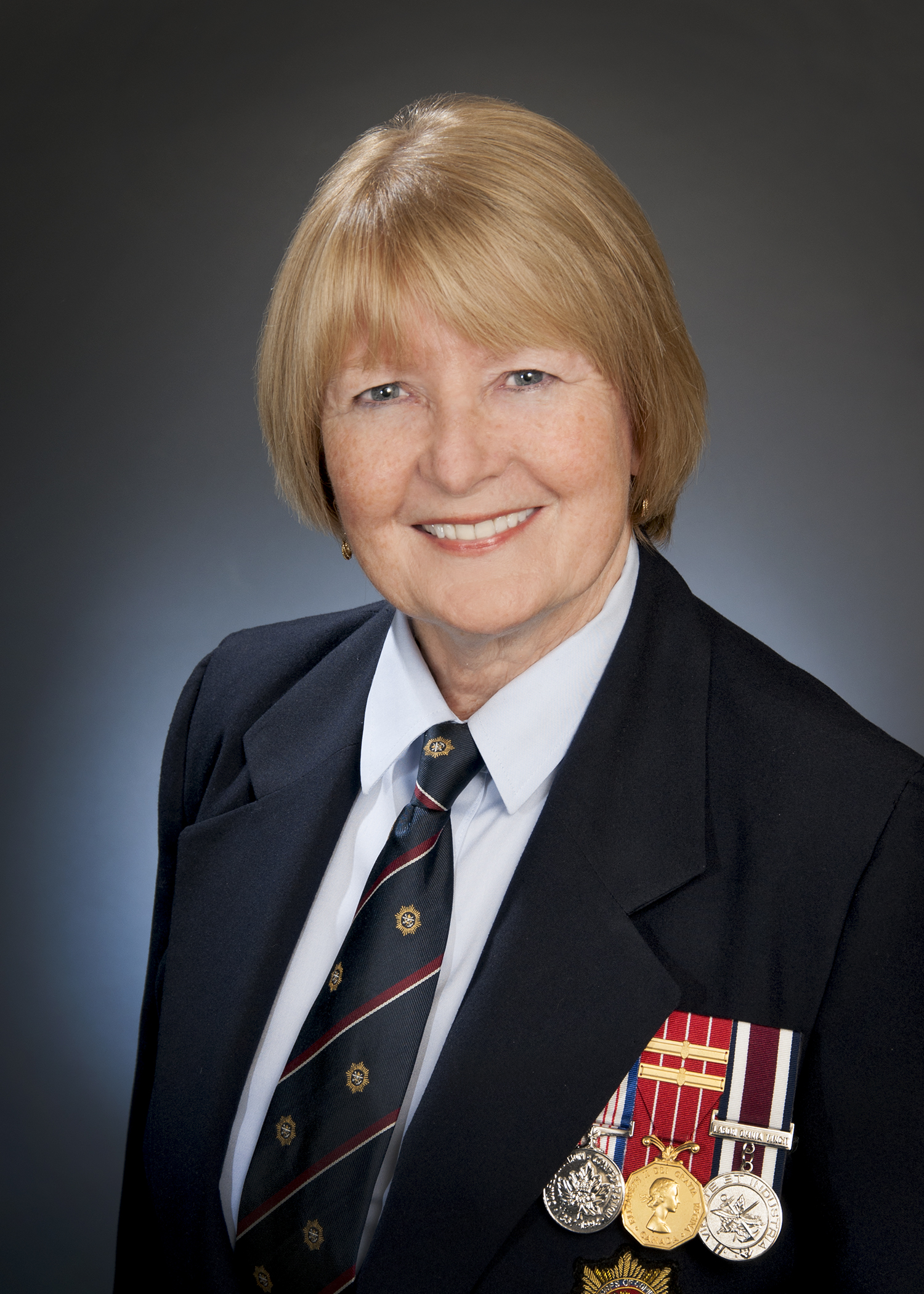 Cdr Hickey, a former Commanding Officer of HMCS Scotian and naval reservist for 35 years, was elected to the CNS Board in 1996 and appointed as Board Chair in June 2018 for a two year term. As a partner at McInnes Cooper, Halifax, Cdr Hickey practices litigation and administrative law, particularly in the field of regulation of the professions. She is also a Past President of the Nova Scotia Barristers’ Society. 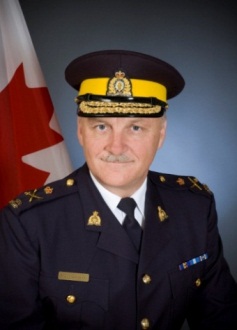 D/Commr Graham is the former Deputy Commissioner East, responsible for RCMP services in the provinces of Ontario, Quebec and the Atlantic Provinces, retiring 8 June 2013 after 38 years’ service with the RCMP.  Prior to this appointment, he was the Deputy Commissioner Atlantic Canada and Commanding Officer for Nova Scotia (“H” Division).  He also has served as the Commanding Officer of New Brunswick (“J” Division) and Prince Edward Island (“L” Division).  D/Commr Graham was selected to the CNS Board in January 2011. 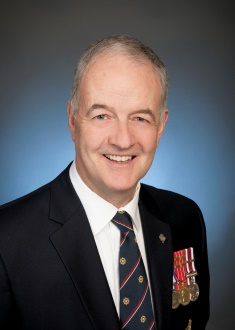 A Board member since 1995, Cdr Oland is currently President of Lindwood Holdings Ltd and former Commanding Officer of HMCS Scotian and HMCS Goose Bay.  Prior to his full-time naval service, he owned and operated Accurate Security Services.  Cdr Oland follows in the footsteps of his father, Commodore Bruce S. Oland; uncle, Brigadier The Hon Victor deB Oland; and grandfather, Colonel Sidney C. Oland, founder of the Commissionaires in Nova Scotia, as a Governor of CNS.  Cdr Oland has served on a number of community associations and Boards, and was CNS Board Chair from June 2016 to June 2018. 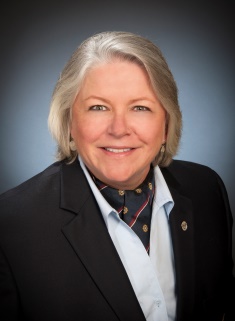 Cdr Armstrong joined the Board in 2014. She served 25 years in the Regular and Reserve components of the Canadian Armed Forces in the Personnel and Logistics Branches followed by 10 years as a civilian in Chief of Military Personnel in National Defence Headquarters. Cdr Armstrong is Past President of the Naval Officers Association of Canada (Ottawa Branch), and is currently a member of the Order of St George, the Naval Association of Canada, the Canadian Naval Memorial Trust, the Veterans’ Ombudsman Advisory Council, and the Association of Canadian Logisticians.  In 2017, Saint Mary’s University presented Cdr Armstrong with an honorary degree (Doctor of Civil Law, Honoris Causa) in recognition of her service to Canada.

C/Supt Bennett was selected to the CNS Board in 2006.  He served with the RCMP for 37 years in a number of positions across Canada, including criminal operations officer in Nova Scotia, and other operational and administrative positions in Saskatchewan, and Newfoundland and Labrador.  Since retiring in 2009, he has continued to work in law enforcement and was appointed the Commissioner of Police in Antigua and Barbuda assisting their government in modernizing their police force and developing competency to fight criminal activity. C/Supt Bennett was awarded the Meritorious Service Medal from the Government of Antigua and Barbuda for his actions. 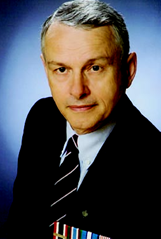 Col Boileau has been a CNS Board member since 1999 and was Board Chair from 2008-2010. In 2009 he received the Commissionaires Distinguished Service Medal  for his service to Commissionaires.  He served in the Canadian Army for 37 years and held a number of appointments in Canada and overseas, including Commanding Officer Lord Strathcona’s Horse (Royal Canadians), Chief of Staff Land Force Atlantic Area and Army Advisor Canadian Defence Liaison Staff, London, England. He is the founding Chairman of the Halifax Military Heritage Preservation Society, as well as the author of more than a dozen historical non-fiction books and over 500 magazine and newspaper articles. In 2012, he received the Queen Elizabeth II Diamond Jubilee Medal for his contributions to the history and heritage of Nova Scotia, while in 2016 he received a Vice-Regal Commendation from the Lieutenant-Governor of Nova Scotia for advising His Honour on various military commemorations and anniversaries related to the bicentennial of the War of 1812 and the centennial of the First World War. Col Boileau is currently Honorary Colonel of The Halifax Rifles (RCAC) and is the 36 Canadian Brigade Group (NS-PEI) representative on the Honorary Colonels National Executive Council, as well as Vice-Chair of the Council. 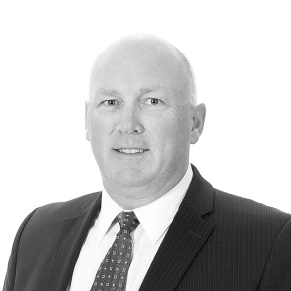 Mr. Carruthers joined the CNS Board in December, 2017.  He previously spent 37 years in the Public Accounting profession, retiring in December, 2016 after 27 years as a Partner with Grant Thornton LLP.  He practiced in the Kentville and Halifax, Nova Scotia offices working with a variety of businesses, government and non-profit organizations.  During the latter part of his career, he was part of the Advisory Service team, and specialized in the area of Corporate Finance. Mr. Carruthers has a vast network of community and business contacts arising from his professional work experience and service on several community boards and associations during his years of public practice. 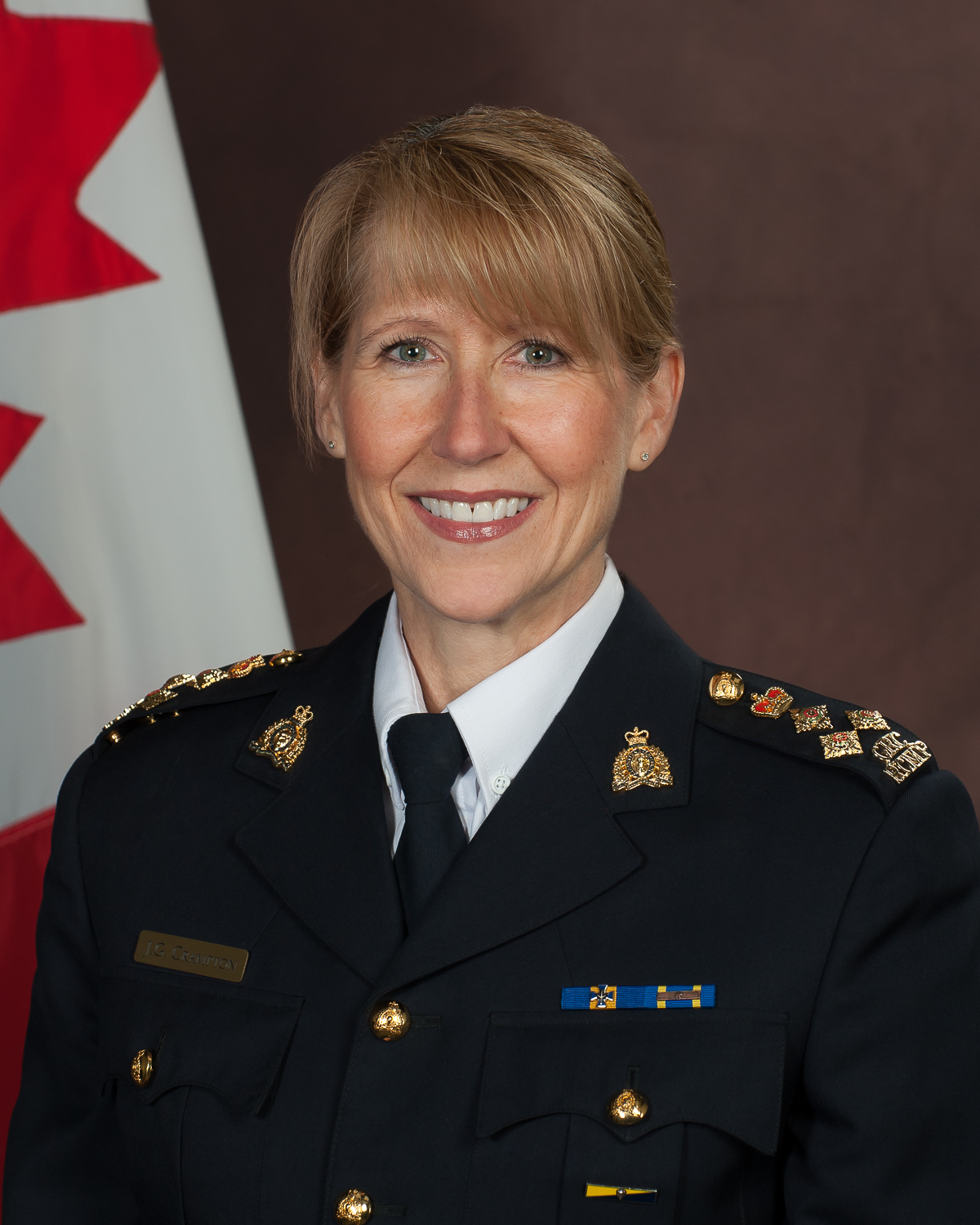 Assistant Commissioner Joanne Crampton joined the CNS board in 2019 after retiring from the RCMP with almost 31 years of service. A/Commr Crampton served with the RCMP in six provinces across Canada, including Nova Scotia, where she was the Operations Officer for Halifax District and the Provincial Intelligence Officer. She also served as the Commanding Officer for Prince Edward Island and later as the Officer in charge of Federal Criminal Operations where she was responsible for Serious and Organized Crime, Border Integrity, Human Trafficking, Cybercrime, and Financial Crime at a national and international level. 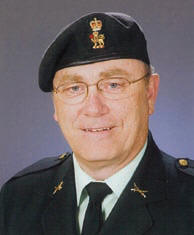 Col Curtis, a CNS Board member since 2006, has served in the Land Force Reserve for 24 years including Commanding Officer 2Bn Nova Scotia Highlanders (Cape Breton) and Commander Cape Breton Militia District.  Before retiring in 2008, Col Curtis was employed in the G1 Cell HQ Land Forces Atlantic Area. His civilian sales and marketing career spanned 30 years in the telecommunications industry.  He is an active member at Dieppe Branch No. 90 Royal Canadian Legion.  Col Curtis is active in parish work and serves on numerous Archdiocese and Parish Committees. 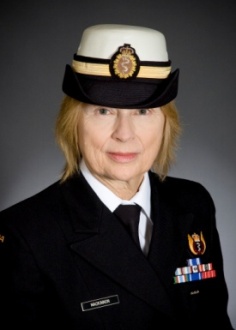 LCdr Mackinnon, a General Practitioner in Halifax,  was selected to the CNS Board effective 19 September 2010. She is a physician who joined the Canadian Forces as a Direct Entry Officer in 1990 serving as a Medical Officer for 12 years.  Dr. Mackinnon was the Fleet Support Medical Officer for six of those years.  Later she joined the Army Reserves as a Major serving with 33 Field Ambulance and is currently the Honorary LCol. 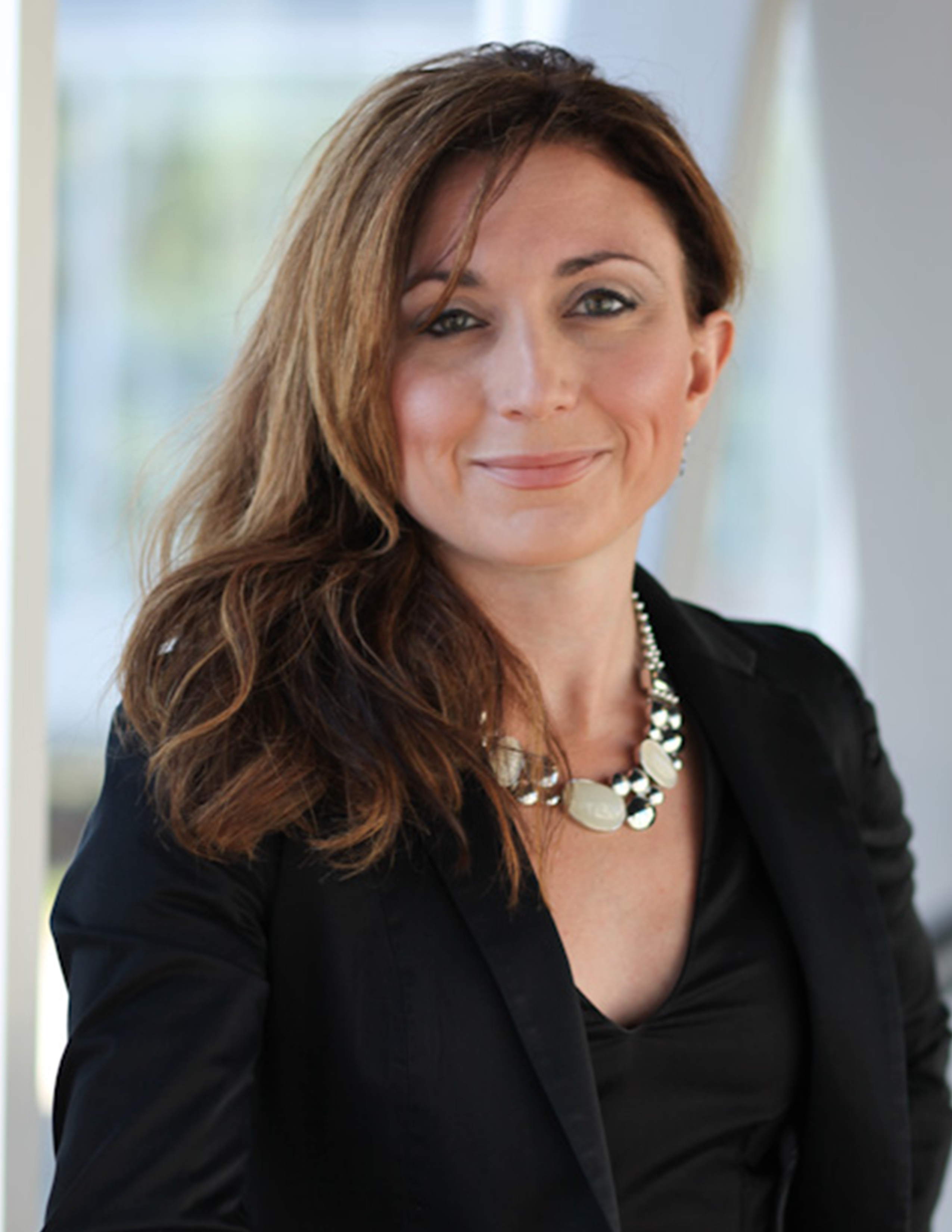 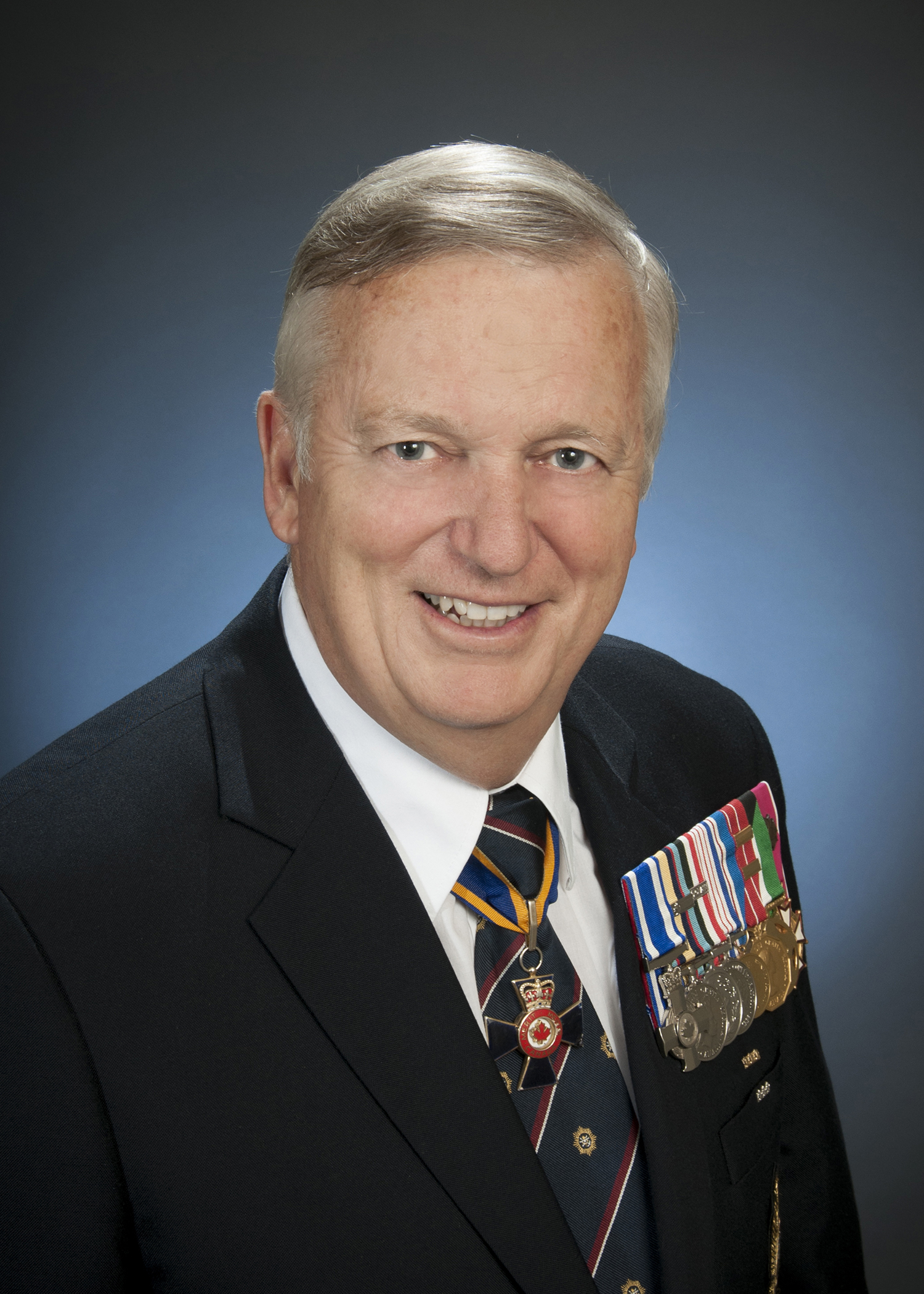 VAdm Miller was selected to the CNS Board in 2004 and was Board Chair from 2014-2016. In 2016 he was elected to serve a three year term as Chair of the National Board of Directors for the Canadian Corps of Commissionaires.  His 38 years of service in the Navy before retirement in 2003 included head of Canada’s East Coast Navy/Maritime Forces Atlantic (1997-2000) and NATO Chief of Staff/Deputy to the Supreme Allied Commander Atlantic/Transformation (2000- 2003). VAdm Miller is the Past Chair of the Canadian Naval Memorial Trust which maintains/operates Canada’s Naval Memorial, HMCS Sackville; active in numerous community associations and an avid musician and actor. He is currently the Honorary Colonel for VT406 Maritime Operational Training Squadron in Shearwater. 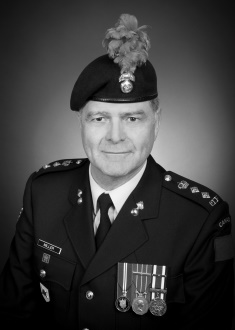 LCol Miller joined the CNS Board in 1994. He served 30 years in the Army Reserves which included Commanding Officer of the Princess Louise Fusiliers, staff positions in Western Nova Scotia District Headquarters, and Deputy Chief of Staff Administration in the Atlantic Militia Area Headquarters.  He is a former Honourary Lieutenant Colonel and Honourary Colonel of the Regiment. LCol Miller practiced dentistry in Dartmouth for 42 years, and was active with numerous committees of the Nova Scotia Dental Association, a member of the Provincial Dental Board of Nova Scotia, and a Past President of the Halifax County Dental Society, and taught part time at Dalhousie Dental School. He continues to be active in a number of community organizations. 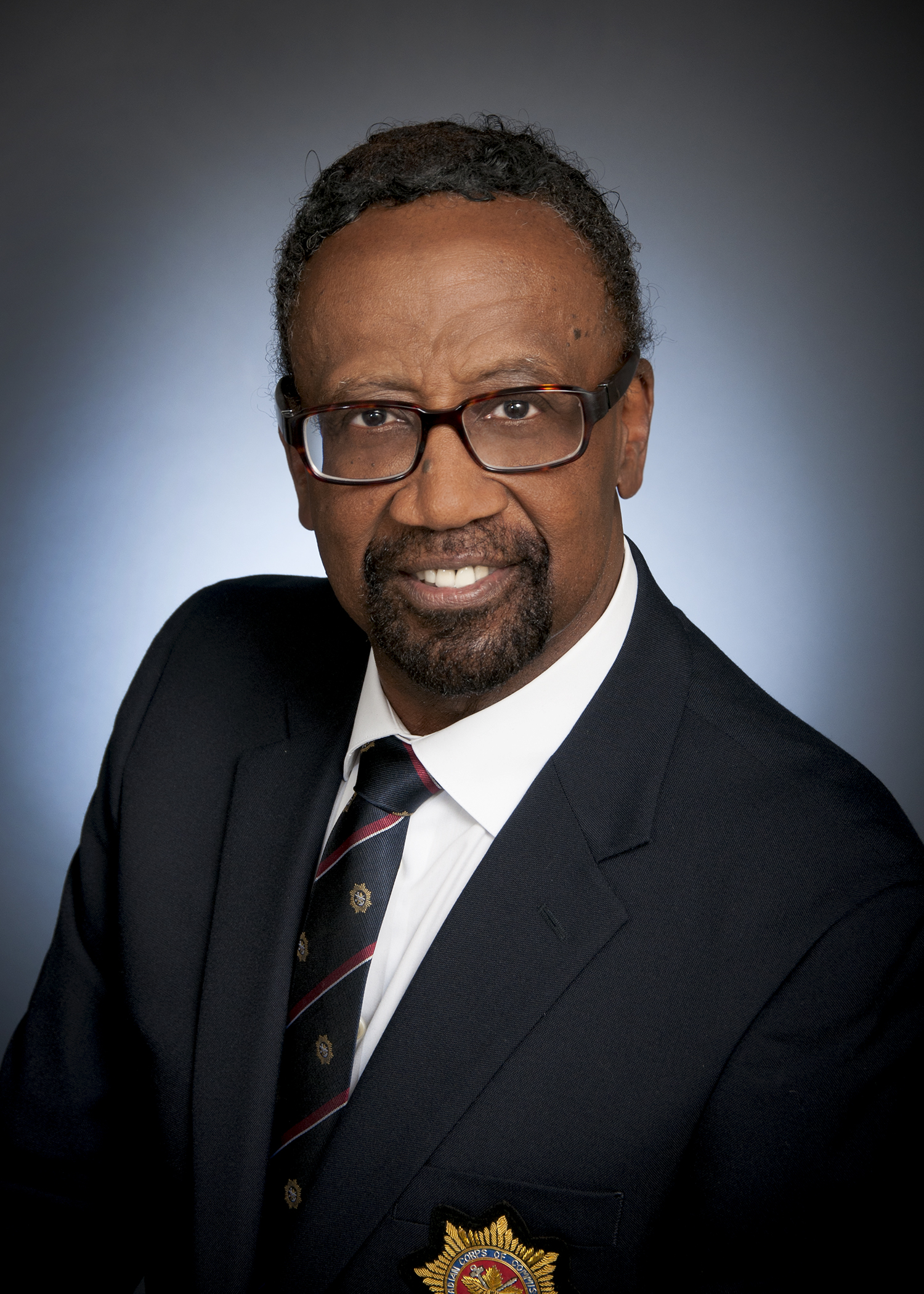 During his legal career, Doug specialized in labour relations and employment, human rights, occupational health and safety, civil litigation and administrative law. While in private practice he chaired the Nova Scotia Labour Standards Tribunal, the Civil Service Employee Relations Board and was vice-chair of the Labour Relations Board. In 1995, Doug was appointed Ombudsman for Nova Scotia. He promoted the development and implementation of alternative dispute resolution systems throughout government and chaired the Premier’s Task Force on Employment Equity in Nova Scotia. In 2001, Doug was appointed Vice-Chair of the Canada Industrial Relations Board. In 2011 he became the first full-time chair of the Nova Scotia Labour Board.Doug has shared his time and expertise with a range of volunteer organizations, including the Black Cultural Centre of Nova Scotia and East Preston Day Care. He is currently Chair of the University of King’s College Board of Governors.